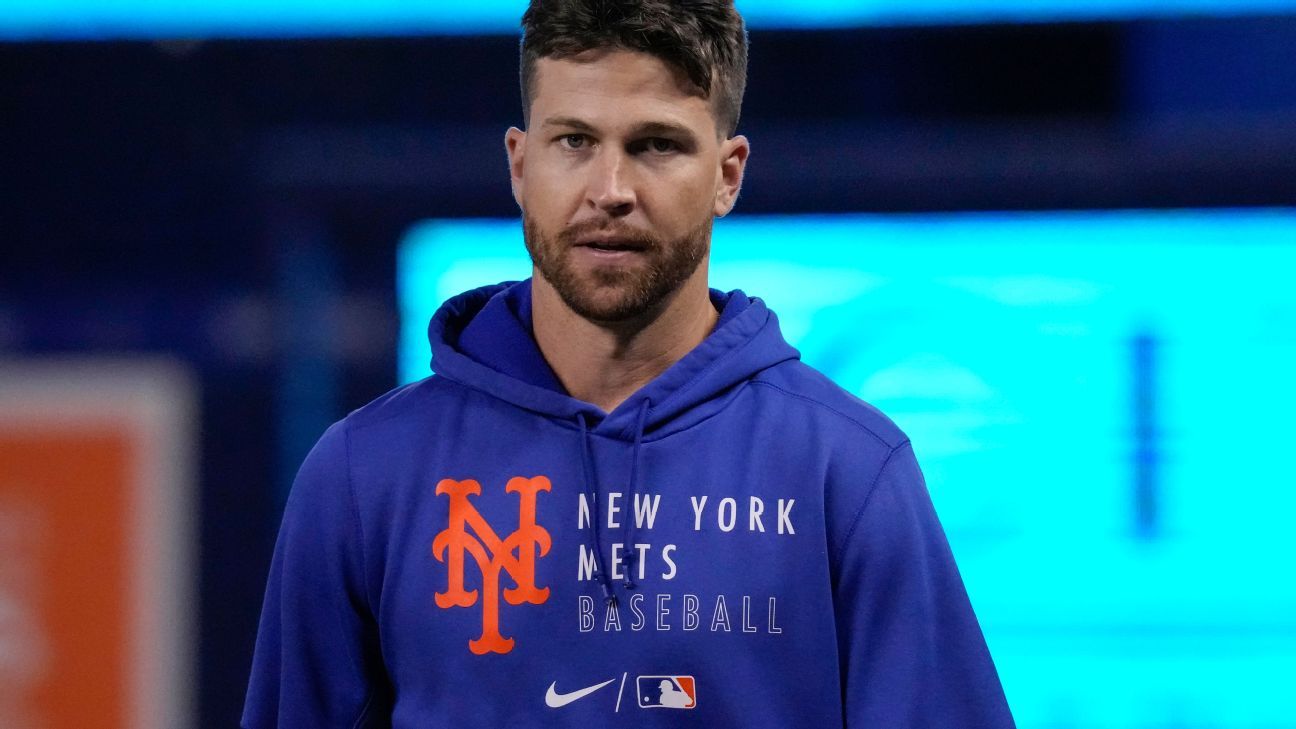 The ace of the New York Mets, Jacob deGrom, he will not take a baseball for at least another two weeks as the team continues to monitor inflammation in his pitching elbow, manager Luis Rojas said Friday.

deGrom, 33, flew to Los Angeles earlier in the week for doctors to read an MRI. He showed some progress in his recovery, but not enough to start pitching again.

“He’s improving slightly, but it will be two more weeks without pitches,” Rojas said in a Zoom session with reporters. “Then we will see more images after two weeks.”

deGrom has been out for more than a month as the Mets have dropped out of first place in the NL East without him on the mound. He is 7-2 with a 1.08 ERA and has endured starts and stops throughout his season, leaving several games early due to arm problems.

“He’s frustrated,” Rojas said. “He wants to pitch. He wants to help the team. There’s nothing he can do. He just has to commit to these two weeks.”

The Mets, who open a home series against the Los Angeles Dodgers on Friday night, are halfway through the Philadelphia Phillies in the NL East.

deGrom briefed his teammates on his status after his return from Los Angeles.

“Even after hearing this news, I don’t think that’s going to put these guys off,” Rojas said.

Rojas said they haven’t laid out a plan for deGrom if the Mets make the postseason.

“We haven’t talked for more than two weeks about any of that,” Rojas said. “We are going to trust that these two weeks will go well for him.”