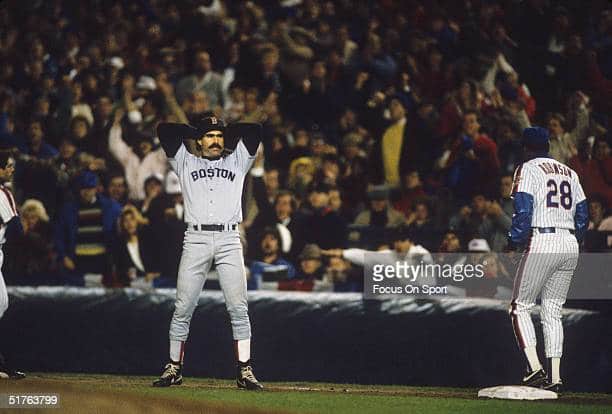 The Mets from New York and Sharks from La Guaira are not champions since 1986 and may have the curse from first base.

The last World Series the Mets won so far was 1986 and it was partly thanks to the error in game six (6) of Bill Buckner, the then first baseman for the Boston Red Sox, who despite being injured in the knees and having been traded on defense in the last innings of the games of that Fall Classic by manager John McNamara, but this time he did not, since it is said that he wanted to win the championship with his trusted players, he even served Roger Clemens, who was dominating the Mets.

According to the documentary once upon a time in Queens, Buckner’s mistake was due to the condition of his knees and McNamara’s desire to win with his players.

They have not won the LVBP championship since the 85-86 season and there is a tale of a joke on Innocents’ Day from that time when Andrés El Gato Galarraga was traded from the Lions of Caracas to the Sharks. Since then La Guaira has not been a champion.

The possible first base curse of the Mets and Sharks

Since 1986 the Mets and Sharks have been in two (2) World Series and LVBP finals respectively, losing both, so as they say they fly, they fly.

Even both teams have changed owners without the expected success, let’s see how they do in 2022, if the amazing ’69 and ’86 Mets return and if it is really the year of the Sharks.