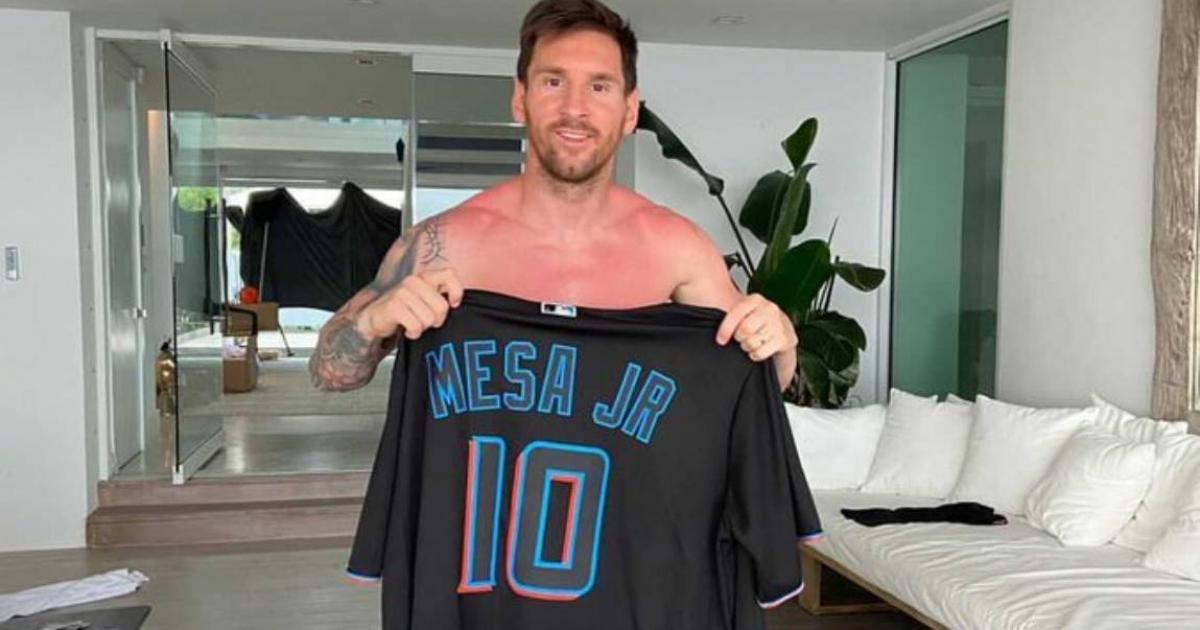 The leader of the Barcelona Football Club, Lionel messi, posed with the gardener’s shirt Victor Mesa Jr. Marlins prospect who plays in the MLB.

Messi is on vacation in Miami and his visit is being quite media. After becoming champion of the 2021 Copa América with Argentina, he has allowed himself to be photographed with the shirt of Cuban baseball player Mesa Jr. in his hands, as a gesture of who is going to put it on.

Mesa Jr. shared the photo on his social networks and the image has gone viral. On Twitter she was accompanied by a very short text: “Dream come true.”

This is perhaps a wink of grace between both athletes because curiously they share the number 10.

On Instagram, Mesa Jr. was more explicit. He told his followers that those who know him well enough can attest that this is a special moment for him as Messi is his idol.

“If you know me well enough, you know how much this photo can mean to me !! My lifelong idol with my shirt. Thank you Leo Messi and eternally grateful to those who made it possible, Jorge Messi (father of the FCB player) and Agustín Messi . More than a dream come true, “said the Cuban.

Mesa Jr. is the youngest son of former center fielder for the Villa Clara and Cuba teams, Víctor Mesa. Currently the young Cuban, 19 years old, plays with the Marlins affiliate team, the Jupiter Hammerheads, in Class A, in the Minor Leagues in the United States.

Messi is on vacation in Miami with his family. He awaits his renewal with the FCB after the conquest of the Copa América 2021. Just a few days ago dozens of supporters pounced on the soccer player at the exit of a restaurant from the city.

The Argentine forward had first spent a few days in Rosario and then traveled with his family to Florida, where bought a second apartment last April.

Many fans of the Argentine player and soccer statesmen consider that Messi will end his sports career playing in the United States, in MLS and some dare to venture that he will do so with him. Inter Miami.