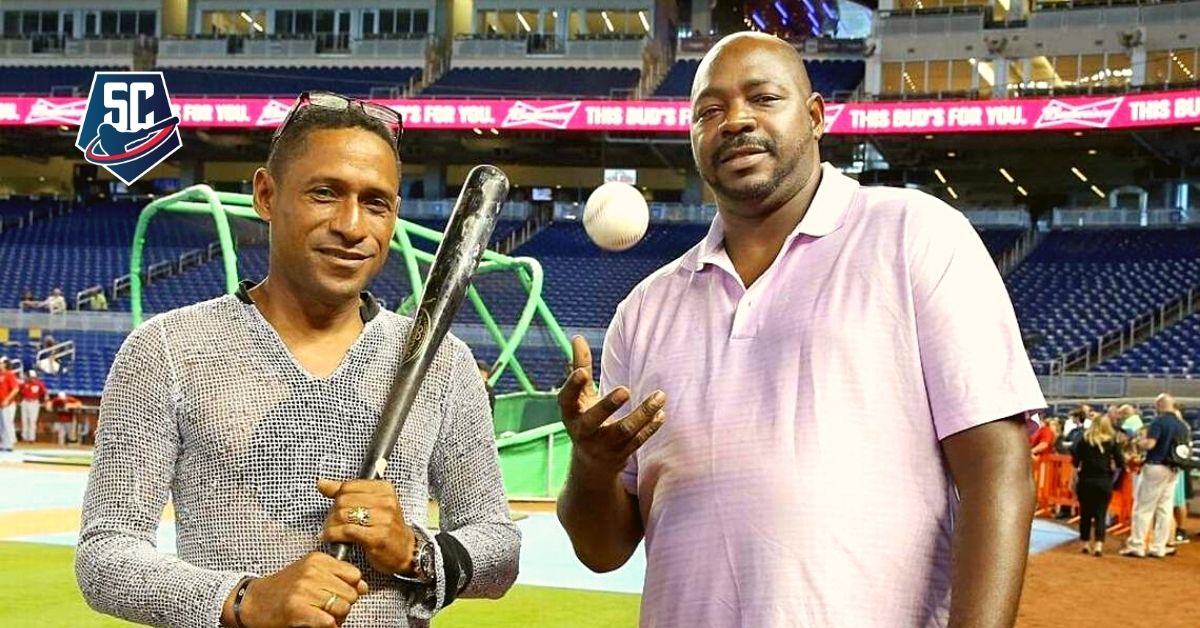 Two of the most stellar players who have passed through the National Series have been the pitcher from Pinar del Río Pedro Luis Lazo Iglesias and the versatile player from Camagüey Luis Ulacia Álvarez. Both have in their favor that apart from their sporting merits they have a high level of popularity among baseball fans and not only in the purely provincial limit.

Lazo and Ulacia have had many things in common. In addition to what has been pointed out about his professional quality and his roots among the fans, there is his leadership in his respective teams and having coincided for several years in the National Series and especially within the national team. There they shared between 1995 and 2001, since the man from Camagüey retired some time after his participation in the 2001 World Cup in Chinese Taipei. An event in which, by the way, both were among the indispensable engines of the team.

But there is a unifying element between both legends of our baseball and it is related to the trip they both made to the United States with the aim of participating in an event dedicated to themselves in South Florida, which included a visit to the then Marlins Park.

That happened in September 2015 with Osvaldo Pérez’s “Reencuentro” Company. as the main promoter of a project that included the presence before and after that of other Cuban baseball luminaries such as Eduardo Paret, Antonio Muñoz, Félix Isasi, Pedro José Rodríguez, Braudilio Vinent, Juan Castro, Rey Vicente Anglada and Alfonso Urquiola.

It may interest you: CONTROVERSIAL: Cuba confirmed it will NOT participate in the U18 World Cup in Florida

As a leading part of this initiative, I was able to share with them in most of the moments of said visit, especially in the majestic baseball park and the special show that, in tribute to them, was attended by more than a hundred fans and friends.

The Atlanta 96 Olympic champions shared practice time with the Marlins team, especially with Cubans Adeiny Hechavarría and José Fernández, who unfortunately passed away shortly after.

“It is a wonderful thing to be in this place. The stadium is out of the league and it is truly impressive,” Lazo told me, while Ulacia added that he never thought of stepping foot on a Major League field again after retiring as a player.

It may interest you: ADMIRABLE: Luis Ulacia apologized for past problems and injuries

In both cases, the last time they had been on a field belonging to an MLB team was when the famous cap against the Baltimore Orioles in 1999, although in the case of the former pitcher, Hiram Bithorn Stadium could be included in a certain way. San Juan, Puerto Rico, site of the 2006 World Baseball Classic. It is worth remembering that the Montreal Expos had divided their last season at the top level of North American professional baseball in that facility.

Both Lazo and Ulacia raved among themselves about which of the two would have gone further in the Major Leagues had they made a different decision, but they agreed in the end that seeing that practice so closely and the entire environment that surrounded the Marlins players , they had enough potential to at least arrive and establish themselves for an important period.

The reaction of several of the members of the Peces was extremely positive regarding the Cuban stars, after Hechevarría was in charge of explaining to them the great career they had in Cuba. Some even knew Lazo very well because of his brilliant performances in more recent times, where the 2006 and 2009 World Classics stand out as is logical.

“It is a blessing to have you here and that you can learn more about a baseball in which you would have been stars,” said José Fernández, who confessed to Pedro Luis that he had been one of his greatest inspirations for dedicating himself to the art of pitching.

Although the experience in the show in a nightclub in the city of Miami was very good, together with other activities arranged by my friend Osvaldo Pérez, the visit to today’s LoganDepot Park was the most enjoyed by these charismatic characters of our baseball.

Regarding the event mentioned in the previous paragraph, “Honronazo”, served for both former players to meet again with several of their teammates from the past residing in the United States.. One of the attendees was Orlando “El Duque” Hernández, a symbol among Cuban baseball players in the Miami community.

This was the first of several visits to the United States beyond the national teams of the pitcher with the most wins in the National Series. In the case of Ulacia, he is still waiting for the moment to see friends and fans who appreciate him so much for his sporting merits and his values ​​as a person.

Hopefully these initiatives can be resumed in the future to organize activities of this type that serve as a reunion between Cuban athletes who reside on the Island and abroad, along with their fans. Athletes and Cubans in general who only care about love, unity and freedom of rights deserve that and much more.

MEMORABLE: Ulacia and Lazo’s visit to the Marlins’ stadium