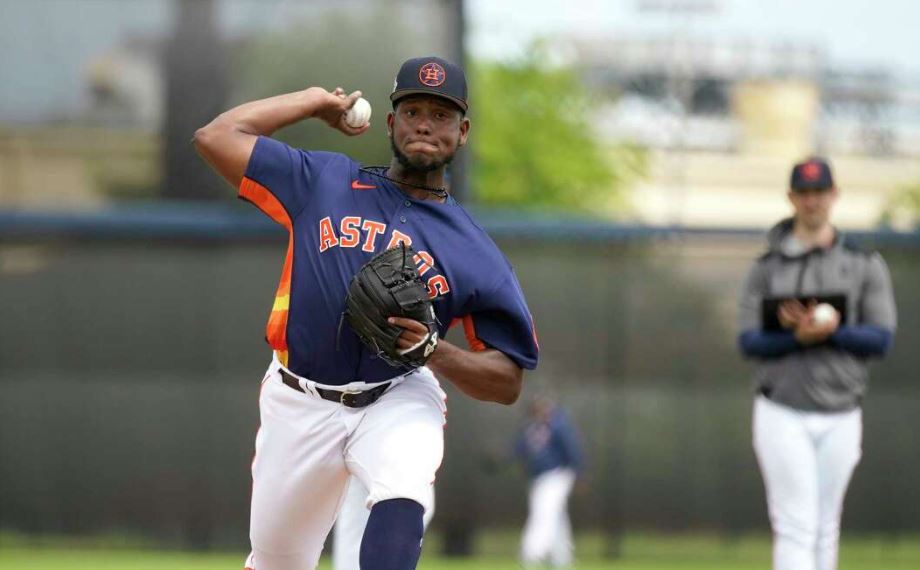 Dominican pitcher Ronel Blanco had to go through many things before being notified that he was going to the Major Leagues with the Houston Astros in the MLB.

The Houston Astros added Dominican Ronel Blanco to the opening day roster for MLB 2022, after having a good Spring Training and a good time in the Dominican League with the Eastern Stars.

When he signed with the Astros, Blanco was six years (21 years) older than what Major League teams prefer when they sign amateur free agents from Latin America. However, he said yes to a $10,000 offer from the Houston Astros.

“A lot of people told me I wouldn’t get there,” said Blanco, 28. “They asked me why I was trying. But that filled me with motivation to prove them wrong. I remember it well.

Six years later, Blanco has nearly secured a spot on the Astros’ Opening Day roster. He reached the majors in the same year Valdez secured his first Opening Day start.

Blanco steadily worked his way up the Astros’ farm system. He reached Class AAA Round Rock in 2019. The COVID pandemic halted his progress in 2020 when the minor league season was cancelled. But he pitched 4 ⅔ innings in the Dominican winter league with Estrellas de Oriente of San Pedro de Macorís.

He then moved into Class AAA Sugar Land last season. Blanco went 5-3 with a 3.40 ERA with 22 saves last season with the Skeeters, allowing just 17 earned runs in 45 innings.

He caught the attention of the Astros with a 94 mph fastball during that crucial tryout, prompting an invitation to another tryout with the club. Blanco then hit 95 mph on the Astros’ academy radar, securing his contract.

Blanco was already older than 2015 American League Rookie of the Year Carlos Correa when he signed in 2016. He was working part-time at a car wash in the Dominican Republic to help support his single mother Maria at the time of her lifetime.

Meet Ronel Blanco, from washing cars to the Major Leagues