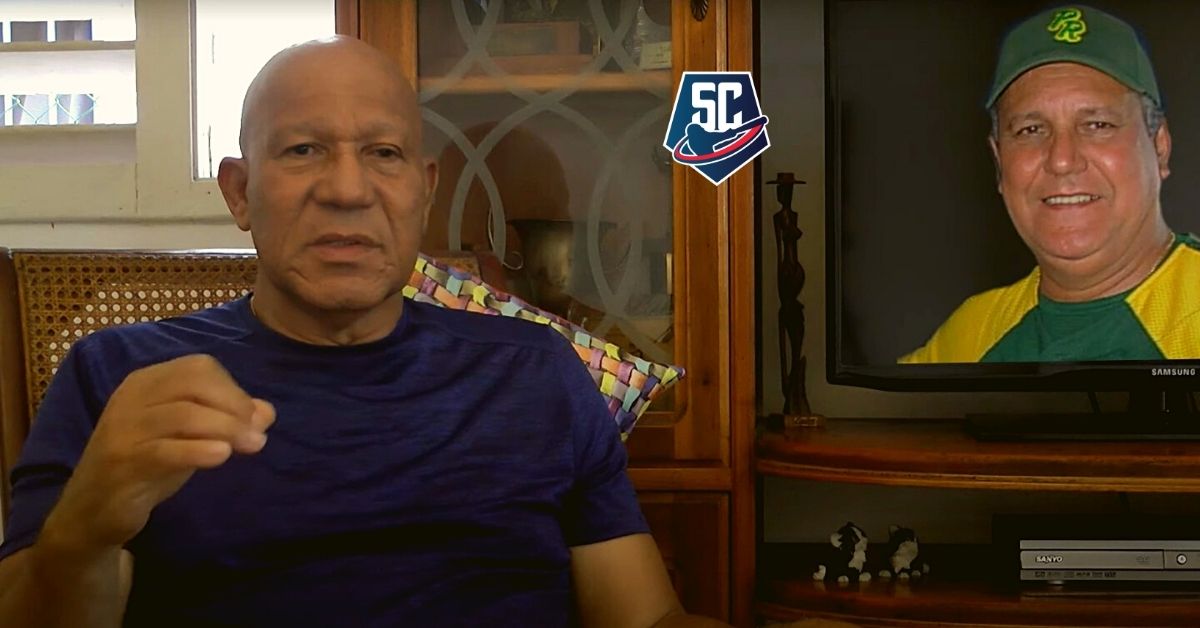 January 31 is a transcendental day for the Cuban catcher. The reason is none other than the birth on the same day, although in different years, of two of its most renowned figures in the position within the National Series: Juan Castro García and Ariel Pestano Valdés.

Unfortunately, the first two years ago he stopped being physically among his people, family, friends and followers, which does not mean that he is constantly remembered for the deep mark he left on Cuban baseball.

One of those who does not fail to keep him in mind is the teammate for several years in the national team Pedro Medina, who exclusively with this journalist referred to the former receiver of San Cristóbal with a very varied approach in terms of his assessment. He even went so far as to confess a pain that he continues to have inside of him with respect to whoever was his rival on the field of play.

“Juan Castro was a colleague, a friend, with whom there were many exchanges with family and friends. And those possibilities that you have with the friends that you choose is something important. Life played a trick on him. He could not put out death and today we don’t have him, but one always thinks of him as a great player, a man who defended his position a lot, who did countless things and fixed many pitchers with poor results, “he said at the beginning of his dialogue with me and then added:

«He was one of my great friends outside of Havana. We called each other on the phone and I spoke with him a week before he died. The Sunday that Juanito died, I found out in the morning that he was sick and after I went to look for his mother-in-law, I said that when I got back home I was going to call him. But when I returned they gave me the news that he had passed away. I couldn’t talk to him and that made me feel very bad, it made me very bad and today I no longer have it.

It may interest you: OFFICIAL: Cuban Federation ANNOUNCED new contracts and clarified controversy

On the question of his assessment from the professional point of view, the popularly known as “The Hero of Edmonton” considered that Juan Castro was a very important catcher in our National Series and in the national teams. «Of great greatness in sports and as a person I can tell you that too. The exchange that Juanito and I had was very diaphanous and healthy, the truth. Of true friends who helped each other.

Apart from endless and even pointless controversies as to whether the masked man from Pinar del Rio has been the best defensive player in the Cuban classics, there is no baseball player, specialist or fan who has seen him in action who does not have a good judgment about his virtuosity behind the dish.

On July 14, 2020, he was unable to finally defeat a tumor that at one point seemed like he would come out with flying colors. His death filled millions of people with pain because his level of popularity transcended the borders of Pinar del Río.

Castro was a protagonist in the birth and consolidation of Pinar del Río as a baseball power. He was part of all those titles from 1978 to 1988 (11 in total between National and Selective). In addition to that, he was the regular in most of the games of the Cuba team during a decade of participation until his last event in 1988.

After his retirement, he excelled as a coach in Cuba and Italy and also had good results as manager of his native Pinar del Río and the Gallos de Sancti Spíritus.

It may interest you: Pedro Medina clarified exclusively on controversies, myths and realities of the historic Edmonton home run

In Medina’s case, it goes without saying his notoriety as a player and coach. Although he did not shine so much for his defense, many consider that his integrality in the batting and fielding mix places him in an elite place in Cuban baseball. In fact, when talking about great receivers in a general sense, almost nobody fails to mention these two names, so without a doubt they won.

Medina on the anniversary of Juan Castro: “That made me feel very bad and it still hurts”