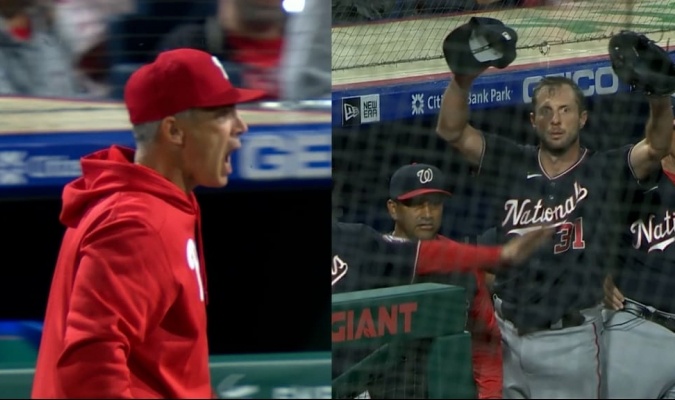 If the first opening of Max Scherzer as the Met brought closure to a cycle, his second outing could reopen an old wound.

After the star pitcher made his debut against the club he helped lead to the 2019 World Series championship, bringing him face-to-face with former teammates and fans at Nationals Park, his start Wednesday will put him against Joe Girardi after the two had a falling out last season.

One assumes that the baseball gods should have better things to do than maximize the drama surrounding Scherzer, but apparently not.

On June 22, shortly after MLB empowered umpires to check pitchers for foreign substances that would allow a better grip on the ball, the right-hander was checked three times in the first four innings during a game in Philadelphia. .

By the third, he was clearly frustrated, especially since Girardi had requested the inspection because, the Phillies manager said, he saw Scherzer run his hand through his hair.

Girardi told reporters afterward that it was a suspicious act that he had not witnessed in the past. If the former Yankees manager was trying to piss off the former Nationals shotgunner, it worked.

When former Washington figure walked off the mound after the fifth inning, he stared at Girardi and taunted him with his hat and glove. The Philadelphia manager started yelling back, walked toward Scherzer and was ejected.

On Aug. 10 of last year, Scherzer saw Girardi again at Citizens Bank Park in an uneventful outing, but if the pitcher’s Mets debut was any indication, drama may follow.

Friday was fine in Washington, 6 innings, 3 runs allowed though the dugouts emptied after Francisco Lindor became the second Mets batter hit around the head by a pitch in two days.

After that incident, Scherzer restored order with a couple of clean and fast stages. Buck Showalter was not surprised.

“You don’t do the things he’s done without having that ability to respond in a moment, so to speak,” the Mets manager said after the win.

Max Scherzer and Joe Girardi face each other, will the conflicts between them continue?