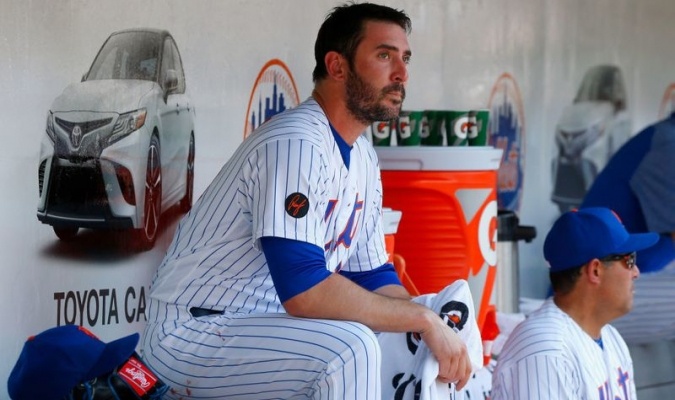 Once again, this week we were visited by a worrying reminder of how fragile fame can be, how the temptations of a life in the big leagues can cause careers and lives to suddenly go off course.

Matt Harvey was not tried in Texas this week, that was Eric Kay, the Angels’ former director of communications. A jury returned a guilty verdict for his role in the death of pitcher Tyler Skaggs on July 1, 2019.

Also read: Los Angeles Angels and their statement on the Tyler Skaggs case

But Harvey’s testimony was revealing, both in helping to convict Kay and in providing something of an explanation and backstory for one of the biggest busts New York City has seen in a long time.

There was a time when a story like that of the former Mets pitcher was as common in the sports section as the results of the boxes and the betting lines, the Big Apple was right in the center of it all.

It was the 1980s, and the list of high-profile athletes who succumbed to cocaine (the drug another ex-Met named Keith Hernandez called “a demon on this earth” during another drug trial, the one in Pittsburgh in September 1985) seemed endless.

Taken together, they tell a decade-long story of decadence defined by her, and also an endless chain of what-if questions.

Keith Hernandez was able to recover from an addiction that threatened to derail his career. Taylor made it through while others weren’t so lucky, that’s the devastating power of addiction.

So it really seemed like the sport had completely outgrown this. Steroids seized the moment, the deeper we delved into the histories of performance-enhancing drugs, the more quaint the days when cocaine was a legitimate threat to the sport seemed, a slice of yesterday. Maybe we should have known.

And there was Harvey this week, admitting to cocaine use, admitting that it may well have been a major factor in his fall from the heights of his Dark Knight fame in 2013 and 2015, to the depths of his latest career status as a travel tomato can.

We don’t have a full picture of what’s going on, of course, but we can certainly begin to connect the dots. The day Harvey didn’t show up for postseason practice, his erratic behavior, the time he ended up suspended for not showing up for work.

And most compelling of all: his baffling inability to get major league hitters out, starting in 2016.

Few athletes have captured New York’s imagination as suddenly and as completely as Harvey did in 2013. He graced the cover of Sports Illustrated, he was the starting pitcher in the All-Star Game, he was a natural doing TV commercials.

He got hurt, walked away, rehabbed and returned an even bigger phenomenon in 2015. His return to Citi Field was one of the first truly electric moments in that stadium.

His refusal to turn the ball over in the ninth inning of Game 5 of the World Series became an instantly legendary moment, even if you thought he was wrong to do so.

That was only seven years ago. A lot of things can change in sport in seven years. But Harvey’s passage from the Citi mound that night to the Fort Worth dais this week … seems much longer. That’s because the fall was so abrupt and the consequences so vast.

There had been talk in Baltimore that the Orioles might bring Harvey back this year after he led the team in starts last year. Someone has always wanted to believe in that right arm, now he faces the possibility of a long suspension, most likely his career is officially over.

Once again, the temptations of the Major Leagues have claimed another victim. Once again, we have been reminded how fleeting everything can be.

Matt Harvey: His fall is no longer a mystery and his career is likely over