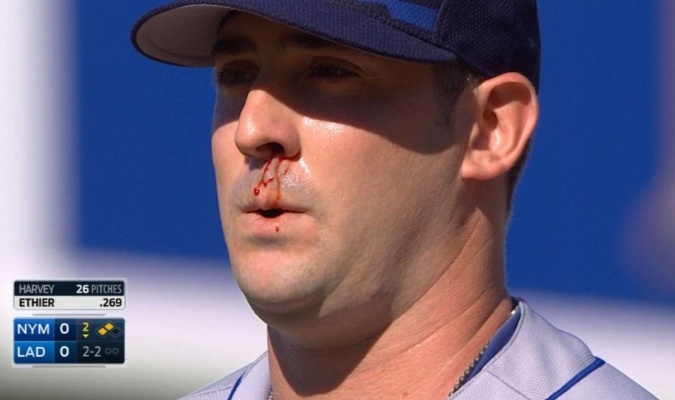 Free-agent pitcher Matt Harvey testified Tuesday as part of the trial into former Angels employee Eric Kay’s role in the death of former pitcher Tyler Skaggs. Kay is accused of supplying Skaggs with the drugs that caused his death. Now, Harvey’s testimony could result in a suspension of more than two months if you sign with a team.

Harvey, who admitted to distributing pain pills to Skaggs During his time with the Angels, he is believed to have violated the league’s policy against drug distribution.

Matt Harvey literally having coke nose bleeds on the mound and the Wilpons and Sandy Alderson were like LOL Dark Knight me pic.twitter.com/YYStBpZ02M

Harvey testified that he provided Skaggs with Percocet pills, and that painkiller use was common among players in 2019. He also told the court how, after being told he would not be traveling with the Angels in what turned out to be that fateful road trip, he asked Kay for an oxycodone pill. When Harvey woke up the next morning and learned of Skaggs’s death, he told the court that he threw the pill away because he feared something would happen to him.

MLB said in a statement to ESPN that the league has the intention to investigate once the trial is over. It’s worth noting that MLB can’t enact any penalties until it lifts the lockout, which has already been in place since early December. That act is not expected to happen until the league and the MLB Players Association ratify a new collective bargaining agreement.

Harvey, 33 in March, he played in 28 games with the Baltimore Orioles last season. He hasn’t been a reliable player in the big leagues since 2018, putting his prospects for another contract in doubt.

Matt Harvey, former Angels pitcher (better known for his time with the Mets) has confirmed his frequent use of cocaine at the trial for the death of Tyler Skaggs.

Harvey was seen several times pitching and bleeding from the nose in the Major Leagues ðŸ’€ #MLB âš¾ pic.twitter.com/rZjdYxl94m

Harvey was one of several former Angels players who testified that they received opioids from Kay on at least one occasion. Those players are not expected to be suspended as none of them admitted to distributing the drugs to other players.

Skaggs was found dead in his hotel room on a team road trip to Texas in July 2019.