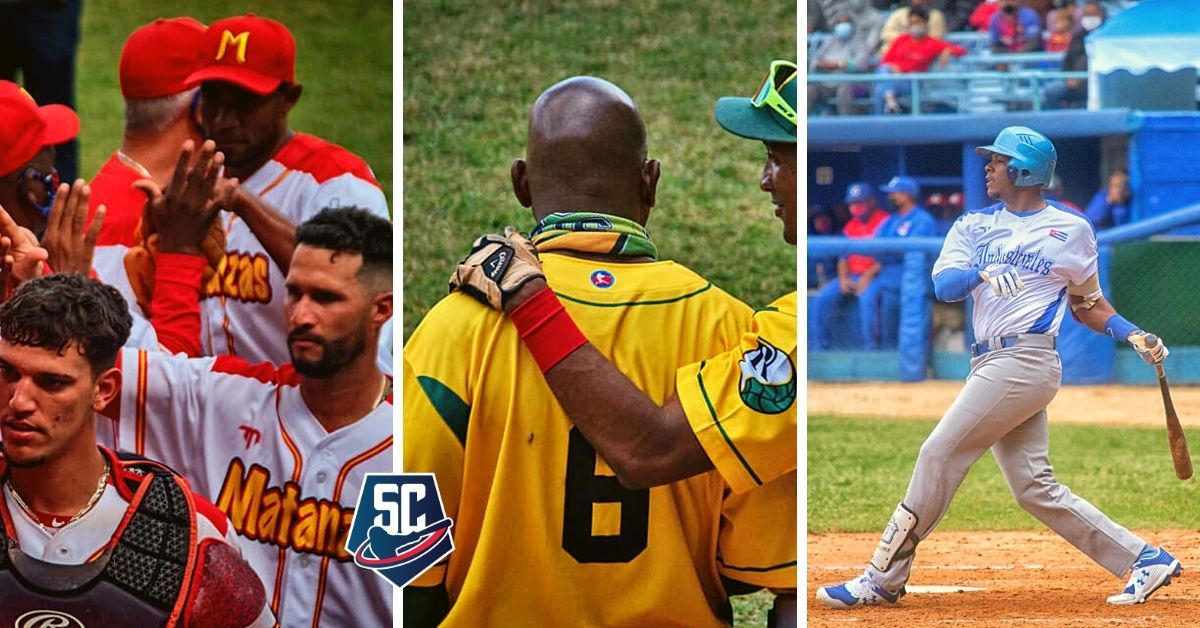 Four sweeps and a tough fight between 12 teams to advance to the postseason left the weekend subseries in the 61st edition of the Cuban National Baseball Series.

Undoubtedly the main news was the sweep of the squad led by Michael González to the Industriales in the Latin American stadium. In this way to demonstrate to the fans that the good start is a reflection of his true intentions for this season.

But the biggest sports show in the country does not stop and on this Tuesday the ninth duels will begin with very interesting confrontations, of which we will be analyzing, as usual, the two most striking.

It may interest you: From the Cuba Team to sign with the Angels and achieve a spectacular debut

High-carat showdown at the Latino

If during the weekend the capital’s fans were able to enjoy two high-level games between the lions and the hurricanes, the beginning of the week will bring them another very interesting duel when the locals face off against the current national runners-up.

Guillermo Carmona’s troupe arrives at the sub-series after having suffered a severe blow from Mayabeque that stopped the extraordinary result they had achieved during the tour of the center of the country.

It may interest you: FOR THE STORY: “Tati” Valdés and Rogelio García had a momentous reunion

One of the main notes is the reincorporation of third baseman and fourth player Andrés Hernández after the National Commission reduced his unjust sentence to only three games.

The Blues are currently the fifth highest-batting team in the tournament (.302) with 49 extra-base hits and 139 runs scored. Without a doubt, their greatest difficulties have been in defense where they already have 32 blunders that influence their defensive average (.958). Despite their usual problems, the pitching staff is doing a good job with an ERA of (4.40), well below the tournament average (5.04), while his WHIP is (1.54).

Matanzas presents the best streak of the event (+4) after having swept Isla de la Juventud in the Cristóbal Labra with a knockout in the last match. This result has allowed him to rise to the top of the standings with a half game advantage over Santiago.

Despite the loss of Erisbel Arrubarruena, the Yumurinos have maintained a fearsome offense (.323) that already has 59 extra-base hits with 131 runs scored. For their part, so far they have the best pitching staff with an ERA of 2.44 and 121 strikeouts.

It may interest you: Coach from Cienfuegos suffered a serious accident that cost him the sight of one eye

During the past season the Crocodiles dominated the particular confrontation with four successes by only one of the capital.

Both Pinar del Río and Villa Clara have not found a stable performance at the beginning of the season, which is reflected in their balance of wins and losses in the standings.

The vegueros managed to divide their duel against Cienfuegos, which allowed them to continue to be placed together with Granma among the first eight of the tournament. Much importance has been attached to the work of the batters in this result as evidenced by his average of .293 despite only adding nine homers. For his part, the pitching has not behaved to the expected height, having an ERA of 4.17.

It may interest you: UNCENSORED: Yuli Gurriel told how and why he was denied entry to Cuba

Villa Clara managed to recover from the setback suffered against Industriales during the week with the sweep that they gave the Artemisa hunters as visitors. The leopards’ batting has been their strength throughout the season with an average of .280 while they already have 126 runs scored.

Last season the Vegueros dominated the matchup with four wins in five games.

Other games of the day:

MATCHES Matanzas against Industriales and Pinar vs. Clear Villa. Previous