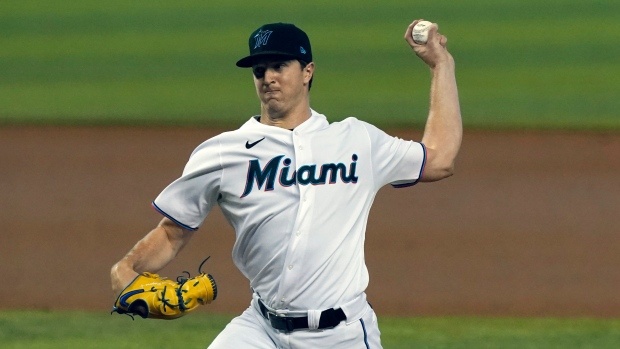 trevor rogerswho is playing in 2022 his third season in the Big leagueshas just established a unique brand of strikeouts for left-handed pitchers in the best baseball in the world, without a doubt something historic what we saw for this youngster from the Marlins of Miami.

Through this Saturday’s game between the Miami Marlins and the Philadelphia Phillies, Rogers had a 1.2-inning outing and three strikeouts, with which he reached 200 in his Major League career and became the first left-hander in the MLB history in reaching that number in the first 34 games of his career (all starts).

Without a doubt, it is a memorable record for this Marlins pitcher, since no other left-handed pitcher like Sandy Koufax, Randy Johnson or Clayton Kershaw achieved such a thing and that they have been a reference in the MLB.

Additionally, Rogers is the 12th overall starting pitcher to accomplish the feat in MLB history; the other 11 were right-handed pitchers.

Trevor Rogers struck out the first batter of tonight’s game, marking his 200th career strikeout. He became the first left-hander in MLB history to strike out 200 hitters in his first 34 career games (all coming as starts) while maintaining a career ERA under 3.25.

He is the second pitcher in Miami franchise history to reach that number of strikeouts in his first 34 MLB starts. The other is José Fernández: (242 K – 212.2 innings), reported Daniel Álvarez.

He is the second pitcher in franchise history to reach that amount in his first 34 major league starts.