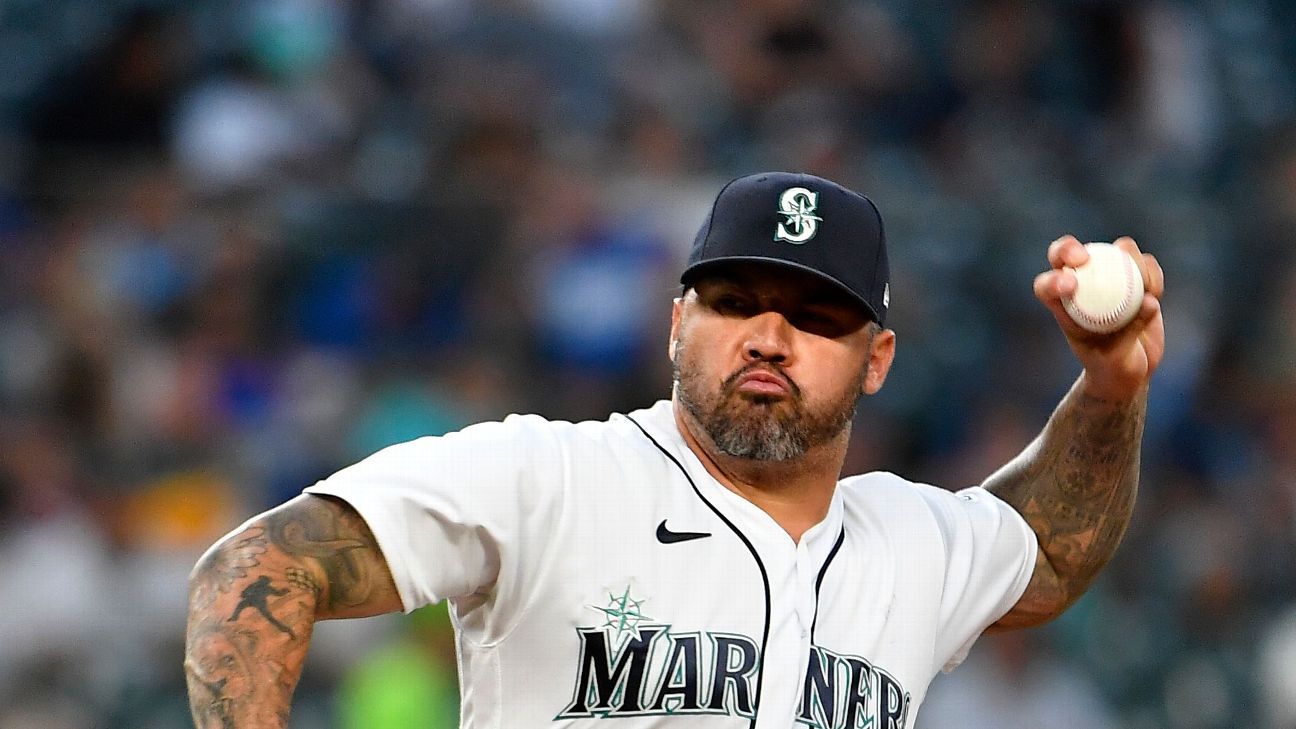 The Seattle Mariners pitcher was suspended 80 games by the Major Leagues (MLB) after testing positive for external testosterone, exactly one month after being suspended 10 games after becoming the first player to be sanctioned under the new sticky substance policy. .

Although the punishment for the goo was paid, suspension under the Major League Baseball drug program will cost him about half his salary of $ 700,000.

“In 2020, when I was not on the roster of a Major League Baseball club, I consulted a licensed doctor in Puerto Rico who diagnosed me with a condition and recommended hormone replacement therapy,” Santiago said in a statement issued through the Association. of MLB Players.

“Since I did not play in 2020, I did not consider that this therapy could be reflected in a positive under the adjunct major league drug program. That said, I am solely responsible for what I put on my body and I was not careful. Therefore, I have decided not to take my right to appeal in this matter and accept my suspension.

“I apologize for any damage this caused to the Mariners, the Mariners fans, my teammates and most importantly, my family,” he added.

Santiago was the fourth player to be suspended this year under the league’s drug program after pitcher Paul Campbell, Colorado third baseman Colton Welker and San Francisco pitcher Daniel Santos.