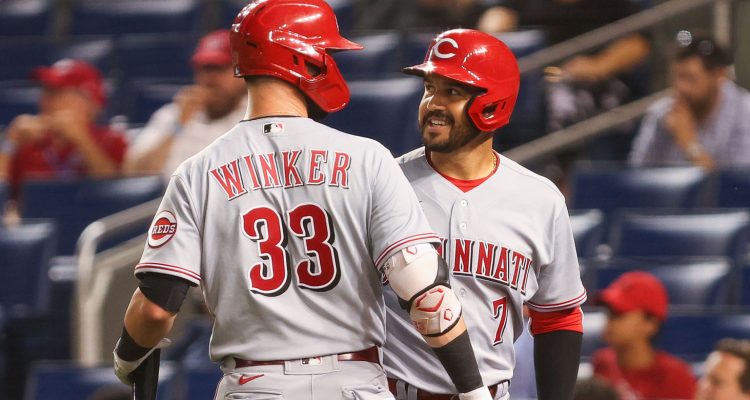 The Seattle Mariners and Cincinnati Reds put together a luxury trade that includes Eugenio Suarez and Jesse Winker in the MLB.

Eugene Suarez Coming off one of the worst seasons of his career, the 30-year-old third baseman at 5’11 and 211 pounds has been a one-time all-star and 2019 MVP finalist. The Venezuelan had spent his entire career with the Reds, from 2014 to date.

Suarez He is coming off a catastrophic season where despite hitting 31 home runs with 79 RBIs, he batted 198. With a low OPS of 713, the second lowest since his rookie season in the MLB.

It should be noted that the Mariners will take care of the 35 million missing from Eugenio Suárez’s contract in the MLB.

While Jesse Winker is the center of attention of said change, the outfielder who is coming from making his first appearance in an all-star game after a luxurious 2021, batting for .305 with 24 home runs, 129 hits, 32 doubles and 71 runs. RBIs, not forgetting his 949 OPS.

The 27-year-old, 6-foot-3, 215-pound Winker is a key player for the Seattle Mariners, who need some outfield veteran to pair him with Julio Rodriguez, Jared Kelenic and Kyle Lewis.

BREAKING: The Seattle Mariners are finalizing a trade to acquire All-Star outfielder Jesse Winker from the Cincinnati Reds, sources familiar with the deal tell ESPN.