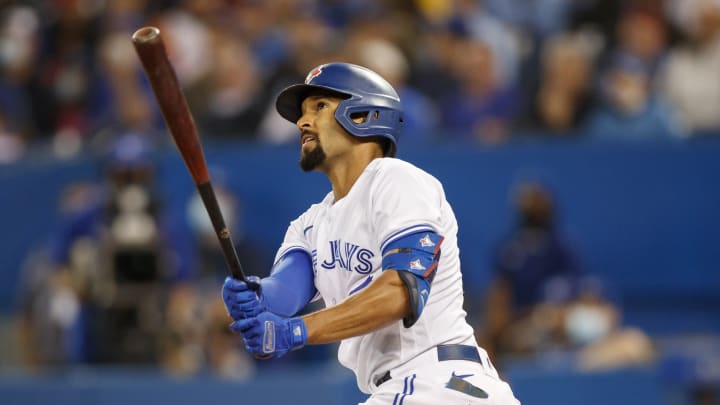 The Boston Red Sox They have several pending tasks for this offseason, including deciding whether to offer a contract extension to Rafael Devers or attend the salary arbitration process with the stellar third baseman.

The team coached by Alex Cora had an acceptable season in which they overcome several obstacles to reach the postseason. They surpassed the New York Yankees in the wild card game and left the Tampa Bay Rays on the road, but were eliminated by the Houston Astros in the Championship Series, a team that exposed its weaknesses, especially in offense.

The management of the red-legged ones has as a priority to get a starting pitching by 2022 that helps to Chris Sale and Nathan Eovaldi, especially with the departure of Eduardo Rodríguez to the Detroit Tigers. The Fenway Park-based team also needs to find a hitter to complement the lineup led by Xanders Bogaerts, JD Martinez and Devers.

In the current free agent market is Marcus Semien, a player who demonstrated in the past contest that he is capable of defending second base with quality and that he has a very attractive offense, given the size of the Boston stadium.

Remember that Semien set a new home run record for a middleweight defender with 45 hits and also posted a .265 average and 102 RBIs, which make him an ideal addition to Boston’s lineup heading into next year.

However, the player would be seeking a $ 200 million settlement, according to The Athletic’s Ken Rosenthal, something they could not afford as they are barely under the $ 24.4 million Luxury Tax, according to the Spotrac website. The move would jettison years of management’s work, which consisted of staying below the salary cap and with no options to bet on a new arm available in the market.

Assuming the market crashes, as some MLB experts bet, and they offer Semien a deal to even with them in the upcoming season for $ 19.5 that projects his value, the player would be the second baseman of every day and ranked fifth. post of the lineup as part of the strong toletería.