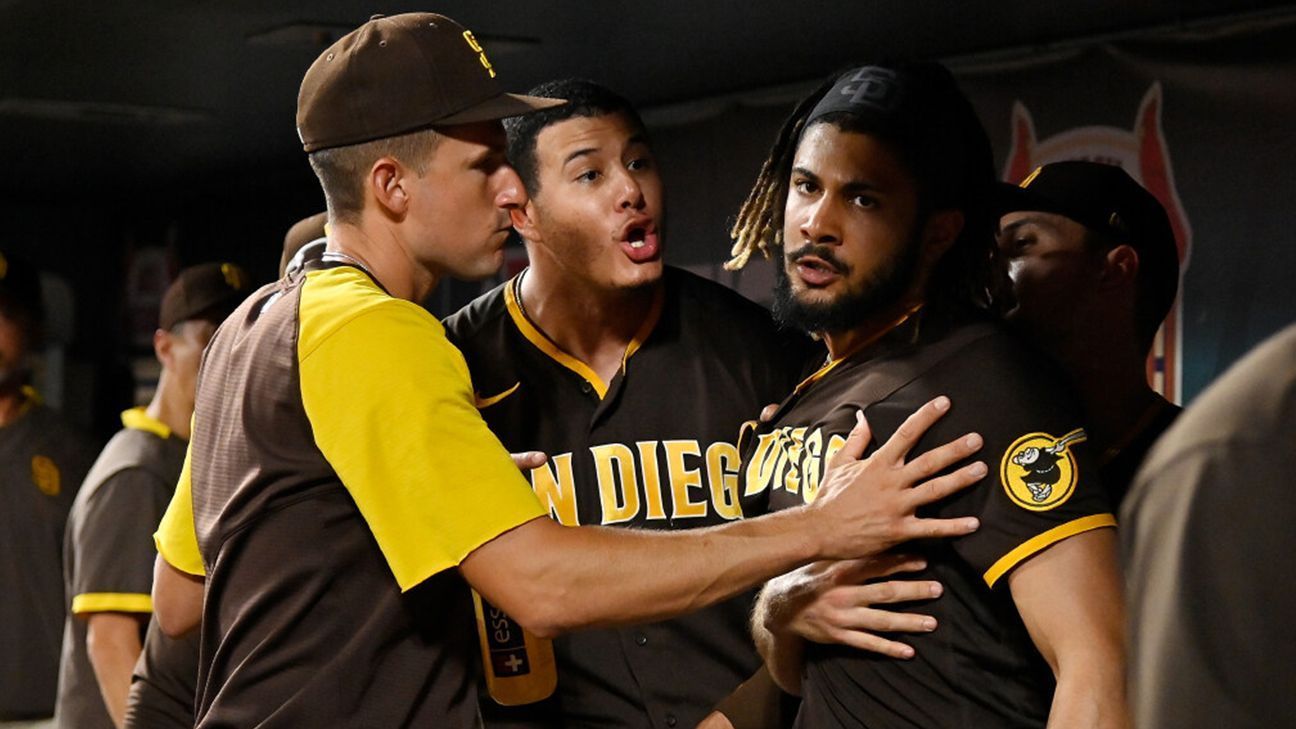 Saturday night’s episode in the San Diego team’s dugout is just one more example of the critical moment the team is experiencing and the need to change course to meet high expectations.

The headlines speak of heated spirits, an argument between the stars of the San Diego Padres, Manny machado and Fernando Tatis Jr., of the problems suffered by the organization and of the adverse results for a team with high expectations.

But what happened in the fifth inning in the visiting dugout at Busch Stadium on Saturday night was much more than that. It was frustration. It was passion. It was leadership in its crudest and most visceral form.

It could be heard in a viral video on social networks as Machado yelled at his partner Tatis Jr. that this was not about him. And he was right. This goes beyond single player. It is a team matter.

“People out there can think what they want. We are a family and we are not going to go into details, ”was part of what Padres manager Jayce Tingler said.

At the moment all the details are not known, since neither of the two Dominicans was available to talk to the press after the 3-2 loss to the St. Louis Cardinals. They may never know each other from what Tingler said.

But what is clear, at least from our perspective, is that what was shown by Machado was leadership and Tingler hinted at it in his post-game remarks.

It was the words and gestures of a leader, trying to get his group to focus on the goal. That they realize the moment they are going through, which is not a very positive one.

Tyler O’Neill’s home run in the bottom of the eighth inning was the difference for the Cardinals to take the victory over the Padres and move to 78-69 in the second NL wild card.

The Padres are out of the playoffs to date at 76-72 within 2 1/2 games of the Cardinals and below Cincinnati Reds and Philadelphia phillies, only winning 3 of their last 10 games and 5 of their last 15. 15 days left of MLB regular season and games you can enjoy them through Star +. The Padres have lost 23 of their last 33 games.

So what Manny said on Saturday night, it was not only for his great friend and teammate Fernando, it was for the entire team that is obliged to obtain better results for all the talent they have been able to gather in one of the franchises with the highest expectations at the start of the 2021 season.

The San Diego Padres manager wanted to make everything clear and not dwell on what happened between Manny Machado and Fernando Tatis Jr.#MLBxESPN pic.twitter.com/4lJRaJKr7c

Machado and Tatis Jr. are sure to talk about what happened, set the record straight and turn the page, hoping to change the course in the final corner of the season.