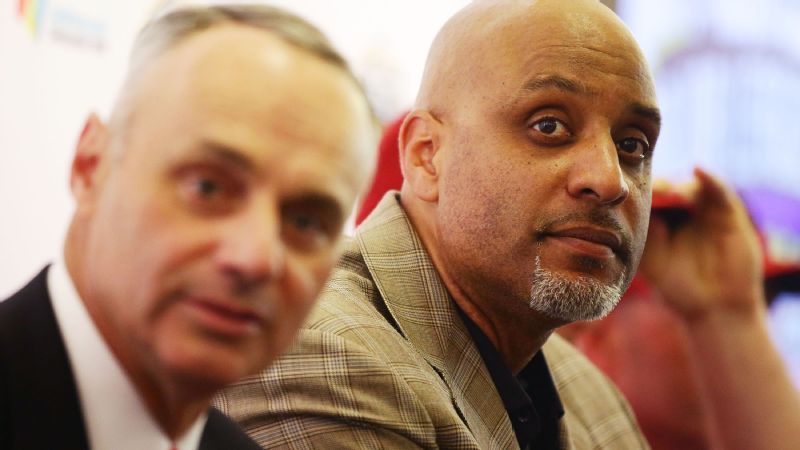 The implementation of the figure of the designated hitter in the National League, as was the case in the American League, was a request from the Players Union, who have maintained a work stoppage since last December.

In a meeting with the press, which took place after a meeting between Manfred and the owners of the teams, he also assured that for the moment the date for the start of spring training camps remains unchanged.

“The start of spring training has not changed at this time,” Manfred said in his first meeting with the press since the Major League Baseball work stoppage was announced on Dec. 2.

The commissioner insisted that maintaining the training date will largely depend on the meeting that will be held next Saturday with the members of the Players’ Union.

“The status of spring training is not changing at this time. We are going to have a conversation with the Players Association about the schedule. Until we have that conversation and until we see how this session goes on Saturday, there is no change.” the MLB commissioner.

“I am optimistic and I believe that we will have an agreement in time to play our regular schedule,” said Manfred, who indicated that he is aware of what a possible delay in the start of the season constitutes for the industry that leads.

“I consider that losing games is a disastrous outcome for this industry and we are committed to reaching an agreement in an effort to avoid that,” explained Manfred, who noted that “had I not considered what losing games would mean, I would not be doing my job”.

Despite the optimism that Manfred expressed about meeting the deadlines for the start of the 2022 baseball campaign on time, the commissioner is aware and reiterative in the fact that they will not be able to meet that objective without signing a new labor agreement, a situation that he raised previously.

“We have some logistical issues that would have to be handled between an agreement and the actual opening of the camps,” the top MLB executive said.

The commissioner explained that they would propose training in four weeks, to allow the players to be placed in playing condition and would give them time to reach the start of the season on the estimated date.

Manfred announces that there will be a universal designated hitter