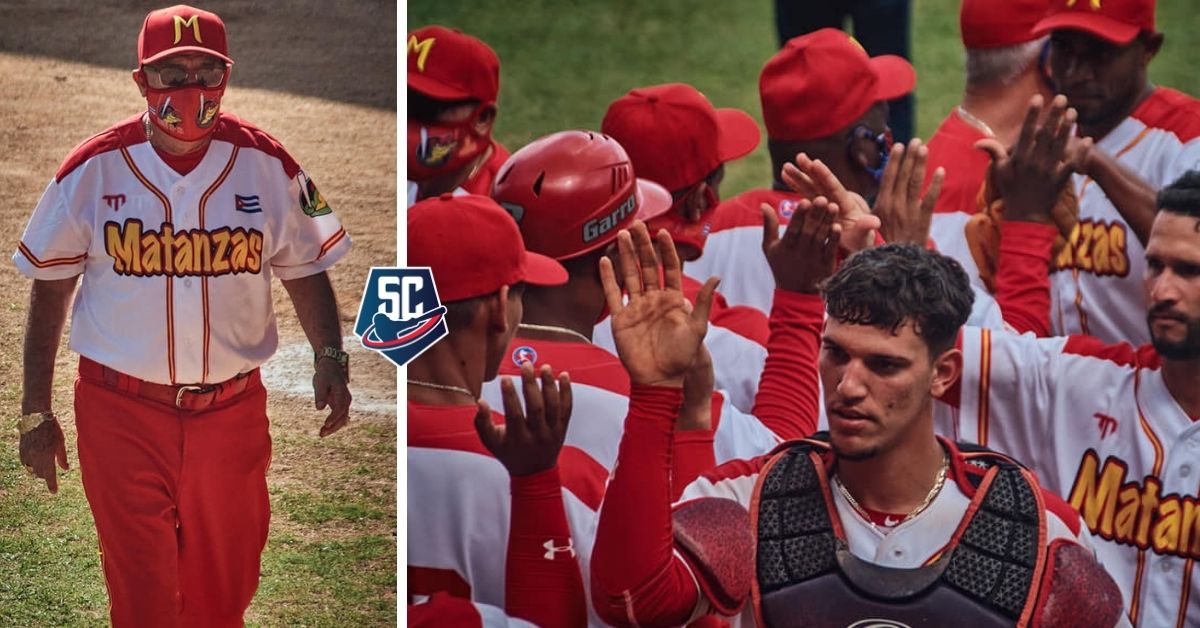 The vast majority of forecasts give the Matanzas Crocodiles as one of the top favorites in the 61st National Baseball Series, judging by their offensive power, the effectiveness of their left-handed pitching, the depth of the bench and the experience of several of its players in decisive phases, virtue of the latter won after several seasons with a fixed presence in the playoffs of the domestic classic.

But let’s stop for a moment to think if the Yumurinos would support the candidacy in case they do not have Yoanni Yera, Yadir Drake, Eduardo Blanco, Aníbal Medina or Armando Dueñas in their ranks for more than half a campaign. Would they still be among the top contenders for the title or at least reach their third consecutive final?

Undoubtedly, the scenario changes a lot, and that worries the mentor Armando Ferrer, who confirmed on national television that, as soon as in the month of March, he will lose several troops to professional contracts outside of Cuba, which will force him to move his chips to stay in the fight for the championship.

At the beginning of next month, the Crocodiles will see the departure of Aníbal Medina, Eduardo Blanco and Armando Dueñas, who must join the San Inazio Bilbao club, belonging to the Division of Honor in Spain. The Medina thing was known a few months ago, but the Blanco and Dueñas contracts only came out a few days ago, creating more headaches for the Yumurino high command.

It may interest you: ATTENTION: Yunesky Maya announced a team for the next season

Blanco is one of the offensive powerhouses on the roster, with a .924 OPS, seven extra-base hits, 17 runs scored, 11 RBIs and just four strikeouts in nearly 80 plate appearances. The patrolman offers guarantees and good coverage in center field thanks to his speed and movement, without forgetting his powerful arm.

In the case of Medina, he has had a significant drop in the last week in terms of average, but he is the player who has produced the most runs for the Crocodiles this season. In addition, the second baseman fulfills his role as forward man, two positions that Ferrer will have to occupy.

For his part, Dueñas has established himself as the pitcher that the Yumurinos have been waiting for for a long time. The right-hander has been a balm out of the bullpen (one win and three saves) with speeds of over 90 miles and considerable improvement in his control, with a rate of 11.05 strikeouts per game and a ratio of 2.25 structured for each walk, very superior, for example, to the 1.14 it achieved in the 60 Series.

The worst thing is that the bleeding does not stop there. In addition to the three players mentioned, Matanzas will also lose Yadir Drake, who must leave for Mexico in March to fulfill his professional commitments. In this regard, Ferrer told television that the fiery player is negotiating with his club to stay a little longer with the Crocodiles, but eventually he will leave and will not be in the second half of the contest.

It may interest you: OFFICIAL: Current champion of Cuba will be in the 30th edition of the Haarlem Baseball Week

Drake has brought a lot of energy, skill and leadership to the Matanzas team, which will undoubtedly miss the best player on its current roster. So far, the veteran player has driven in 21 runs and stolen six bases, though his power production has been missed (just three extra-base hits in 63 appearances).

According to the information provided by Ferrer, the Crocodiles will also soon do without pitchers Yoanni Yera and Joel Suárez, who will be hired under the protection of the Cuban Baseball Federation.

Yera will go to Mexico, where he has already worked on other occasions, while Suárez will work in Italy. The left-hander’s loss is very sensitive, because he is the natural leader of the rotation and because he has performed in tremendous form during the current season, with a 1.17 ERA, 26 strikeouts in 23 innings and an opposing offensive line of .247 / .287 / . 281.

“The departure of these athletes leaves important gaps, athletes from the front line of the team. The starting second baseman, the starting center field, our first pitcher, the closer and another one of our main relievers. They are sensitive casualties, not one or two, but seven or eight players. So we have to bet on the young blood that we have on the roster of 40 so that they can take over from those who leave,” said Ferrer, who regretted not being able to register new members.

“The fact of not being able to raise players is going to hit us,” said the experienced mentor, who is currently dodging the loss due to injury of three starters such as Yadil Mujica, Yariel Duque and Erisbel Arruebarrena.

Of these three, Mujica can take turns but not play the field, and the management does not want to rush him. “This is a race of endurance, not speed, that’s why we’re going easy with Mujica, precisely because of what’s coming our way,” Ferrer explained.

Clearly, Matanzas will have to make use of not-so-common players like Roberto Álvarez, Yoisniel Camejo, Juan Miguel Vázquez, Roberto Acea, and wait a little longer for William Luis, Julio César González and Javier Camero. We’ll see if that’s enough for them to maintain the lineup of favorites and fight for a place on the podium.

It may interest you: The reigning Champion STARTED slowly, the result of Gra worriesnma