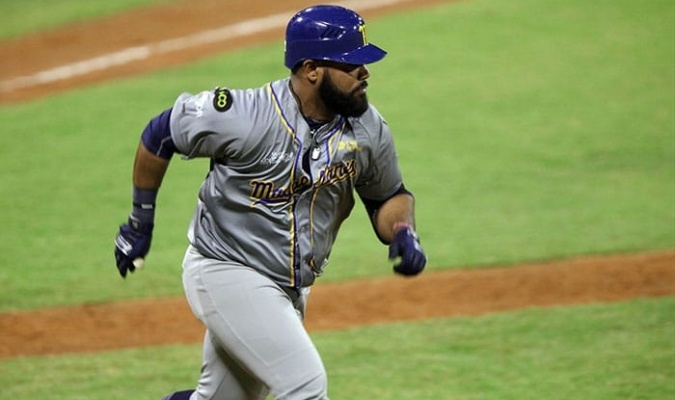 Nellie Rodríguez continues to give shape and substance to her candidacy for Most Valuable Player of this season of the Venezuelan Professional Baseball. In the game held at the University Stadium, the fourth bat of Magallanes went back to the street.

That slap comes in the same first inning and finds Rayder Ascanio and Pablo Sandoval in circulation, thus putting the ship ahead of Tiburones de La Guaira.

With that connection he adds up to 13, maintaining his options of reaching and / or surpassing Bob Darwin (19 at 72-73) as the most homerunner in a tournament.

For his part, the left-hander Luis Alfredo Ramírez does well in his 3-inning opening, despite giving up 4 passports, he is helped by his defense that makes 2 double plays that stopped any Guairista attempt.

In the same way, Luis Martínez does not shine at all as the first blue reliever in this duel. He throws 3 innings, allows a solo homerun by Juan Carlos Torres, but strikes out 5.

In the fifth inning, the Turks add 1 with a single by Alberth Martínez, while in the seventh of the lot they generate a rally of 4.

Those lines come with a double RBI of 2 for Anderson De La Rosa, as well as a hit by Engelb Vielma who adds another 2. For the eighth, Martínez with another single gummed up Kung Fu Panda.

Read also: Caribs hot and they are alone in fifth place

In a lost cause, Torres stands out again with his second homer of the game, also a solo one.

The victory goes to Martinez’s account, leaving his balance at 3-1 with a 4.37 ERA. The defeat corresponds to the Guairian starter Myles Smith, punished in a short presentation of 0.2 episodes with 2 hits, 3 deserved runs, 3 walks and 1 fan, is with 1.2 and 7.08 ERA.

Thus, the Navigators continue to consolidate in the first place of the table with a 28-13 mark, while Sharks continues to approach the sea moat that represents the elimination, their record is now 14-27.

This particular series ends 5-2 in favor of Magellan.

Nellie Rodríguez is not stopped by ANYONE ð ?? ¥ µ.

Magellan with the strength of Nellie shakes La Guaira (+ Video)