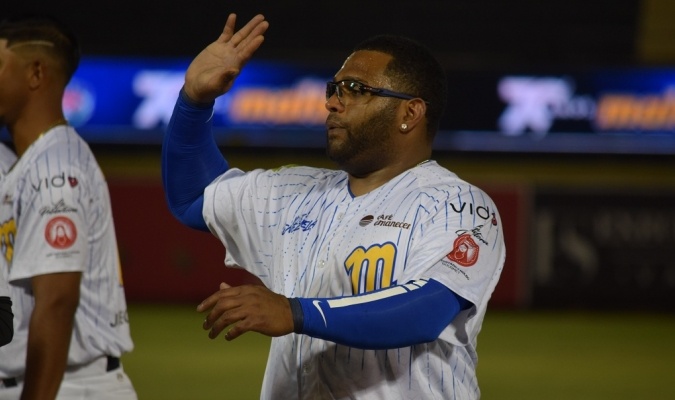 With a torrid offense of 25 hits and 16 runs, the Navegantes del Magallanes beat the Leones del Caracas 16-3 at the University Stadium to cut a three-game losing streak and deliver their eternal rival the third loss in four games played in the 2021-2022 season.

The Ship did not miss the frank shipments of the Dominican Jefry Valdez, who could only act for the space of one episode. With hits from Nellie Rodríguez and Leonardo Reginatto, the filibusters attacked early with a rally of three in the first episode, and then added five more in the second.

A hit by Cade Gotta led to Valdez’s departure, and then Alberto González emulated his partner with thunder against Ronald Herrera. The hit that ended the game was a dantesque homerun by Nellie Rodríguez, her tenth of the season, to chart two more and puts the Score eight to zero.

Erick Leal opened and won for Magellan. During five episodes he only tolerated two hits, until in the sixth Leones he hinted at a reaction with a single by Álex Palma and another by Ronny Cedeño that put things eight to three.

However, Magellan returned to attack in the eighth. A six-run rally that resulted in Pablo Sandoval’s double driving two against Jhonathan Díaz and Carlos Pérez’s three-run homer against Andrés Pérez put the shares fourteen to three, a difference that they widened in the ninth thanks to a walk with the bases full of Eduardo Paredes to Gabriel Noriega and a single by Alberto González.

Alberto González of 6-4 stood out, with a double and four produced, and Nellie Rodríguez went 6-2 with a home run and three charters.

Magallanes leaves his record at 20-10 and Leones is 15-16. Erick Leal won and Jefry Valdez lost. With those 25 hits, Magellan set a new franchise record in one game, surpassing the 24 they gave in 1978 in a challenge against Cardenales de Lara. This information was provided by the journalist Giner García.

Magellan had no mercy on Lions