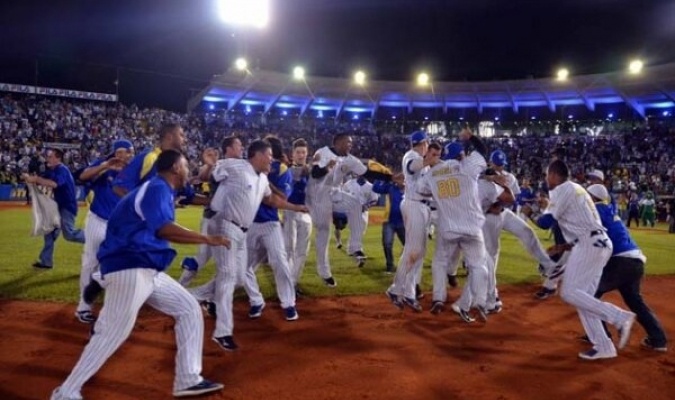 This Sunday, December 26, Navegantes del Magallanes went out the front door in their first game of the Round Robin of the 2021-2022 season of Venezuelan Professional Baseball. This is the 10th time that the Blues have managed to win the first game of that instance.

Hitting first is hitting twice, for the Turks this is virtually literal, since in 8 of those 10 opportunities they have managed to advance to the Grand Final of the Creole ball.

In the 1992-1993 campaign, the shipping companies finished in first place in that Round Robin, leaving a mark of 8 victories and 4 defeats. In the Final Series they were swept in four duels by Águilas del Zulia.

Read also: LVBP: How much does it cost to go to a Round Robin game?

For the following tournament, the Navigators left the same record, 8-4, thus securing the first place as a prelude to the first finalist confrontation between the Eternal Rivals, dominating the Lions in seven exciting matches.

During the 1995-1996 tournament, they achieved 10 victories, however, they had to start the Final in Barquisimeto. By the fifth game they were on the ropes, 1-3, but a grad slam by José Francisco Malavé put them ahead for the rest of the series, making a fantastic comeback to add his eighth crown.

Magellan at the Round Robin

The electric team again made the first game of the playoffs in the 1996-1997 season, leaving a great 12-4 mark to ensure the start at home of the second final against Leones del Caracas. It eventually took five games to win the 9th title.

The 2001-2002 was also great for the ship, with a record of 12-4, to once again be first and receive the Tigres de Aragua at the port. In Maracay they brought out the champion champagne for the tenth time.

Read also: Magellan suffers a delicate loss in the Round Robin

For 2006-2007 they again had a superlative performance, 12-4. Again they began the final against Tigres at the José Bernardo Pérez, only that they prepared a very cruel revenge, winning the Final in five games, in the last one achieving the most tremendous comeback ever seen in the last inning of a title game.

At the 2012-2013 Round Robin, Magellan responded to the favoritism, they shared the first place with Cardenales (10-6) to engage in a very exciting final. Down 2-3 in the series, they returned to Valencia to prevail in games 6 and 7. Champions for the 11th time.

A new two-time championship was approaching on the horizon for 2013-2014. Everything was happening as the tournament progressed, they took the first of that postseason, of which they also occupied the first place with a record of 11-5. In the final, without major complications, the Anzoátegui Caribs reported.