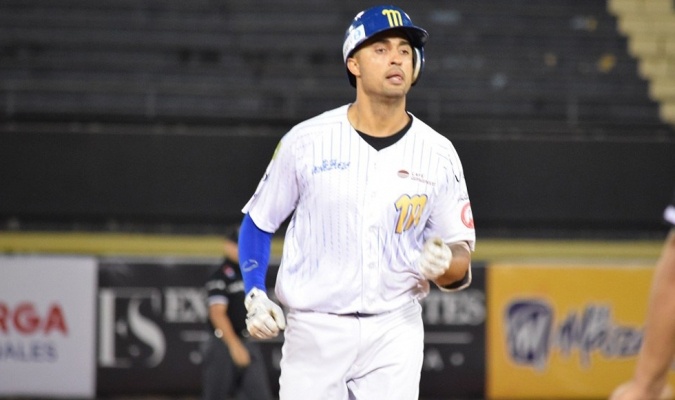 From the very first inning, the Navegantes del Magallanes offensive is explosive in their duel against Caribes de Anzoátegui in the city of Valencia. Number two on his schedule this Round Robin.

In that inning, Cade Gotta starts with a single and scores with a hit by Ángel Reyes. After Unstoppable by Nellie Rodríguez, Leonardo Reginatto disappears her deep between the left and central woods.

All this damage is dealt before the aboriginal starter, Rafael Pineda.

For the second inning the blue ones come for more and step on the plate 2 times. Gabriel Noriega scores on a selection play after Alberto González’s grounder and Gotta also gummed up after Reginatto’s sacrifice fly.

The Tribe begins to react in the third inning with a rally of 3, Herlis Rodríguez, Rafael Ortega (both with hits) and Niuman Romero with a ticket, produce those annotations.

However, the Navigators again extend their lead with another 2 runs at the close of that third. At the peak of power, Alberth Martínez and Noriega hit solo homers.

Caribes discounted again by scoring 2 times in the sixth to finish “exploiting” Junior Guerra, there the power of Víctor Reyes appears, giving a home run that finds Balbino Fuenmayor in circulation. During the sixth, they add another double with Asdrúbal Cabrera that pulls Rafael “Balita” Ortega.

Magellan, takes action on the scoreboard with 1 at the end of the eighth when Reyes brings Gotta to the plate to give final figures to the game.

Junior Guerra, despite receiving 5 runs, all earned, in 5.1 innings, takes the victory. He is 1-0 with an 8.44 ERA. For the relief of the blues, Anthony Vizcaya (1.1) and Bruce Rondón (1, getting his first rescue) stand out, leaving the powerful offensive of Anzoátegui in zero.

The Navegantes add their second victory in as many games. Tomorrow they have a free day, while the Caribs will play their game number 2, this time against the Tigres in Maracay.

With this two-run HOME RUN by Víctor Reyes, @caribesanz ð ???? ¹ shortens the distance on the scoreboard against @Magallanes_bbc ai??.