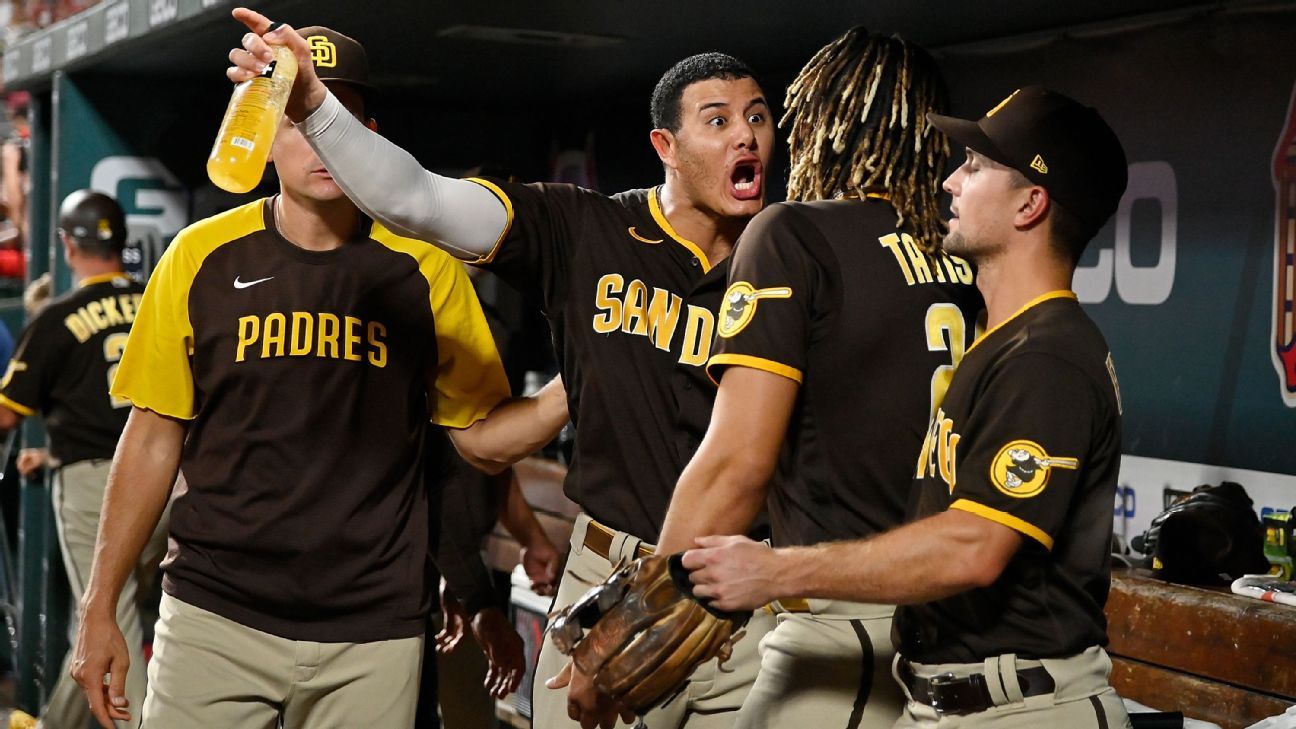 SAINT LOUIS — Manny machado he rebuked his compatriot and partner Fernando Tatis Jr in the San Diego Padres dugout during Saturday’s crucial game, a loss to the St. Louis Cardinals.

Machado shouted reproaches against fellow Dominican Tatis Jr. inside the cave, in the fifth inning.

“It’s not about you,” he said. “Go ahead and play baseball!”

A moment earlier, Tatis Jr. had struck out without throwing him and was disgusted with the scoring of plate umpire Phil Cuzzi. Manager Jayce Tingler was ejected when he left the dugout to protest.

Machado, 29, and Tatis Jr., 22, were separated by their teammates after the altercation.

Tyler O’Neill hit a two-run home run that marked the Cardinals’ final 3-2 lead in the eighth.

St. Louis placed two and a half games ahead of the Padres themselves, in the fight for the second and final wild-card spot to the National League playoffs. The Cincinnati Reds are two games behind and the Philadelphia Phillies is also involved in the bidding.

Opener Yu darvish he dominated the Cardinals for seven innings, allowing three hits and striking out nine. He inherited a 2-0 bullpen lead, but the reliever Emilio Pagan (4-2) was wrecked in the eighth inning.

Tommy edman pushed Harrison bader with a sacrifice fly to 2-1. O’Neill then hit his 28th home run of the season.

The triumph went to Justin miller (1-0).