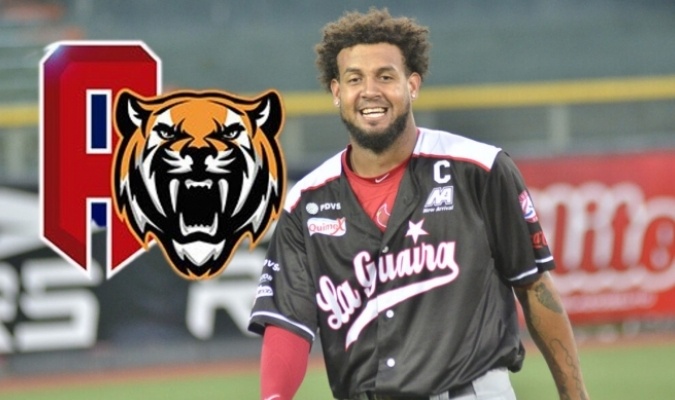 Sovereign surprise that is generated this Thursday in the field of the Venezuelan Professional Baseball League (LVBP), this with the change made by Tiburones de La Guaira and Tigres de Aragua.

In the movement, the sharks cede the services of the iconic José “Cafecito” Martínez, to his brother Teodoro, as well as pitcher Jorgan Cavanerio.

For their chips, the Bengalis give up Ramón García (pitcher), Francisco Arcia (receiver), Wilson García (first baseman), as well as Eduardo Sosa and Daniel Montaño, both outfielders.

This is the first move made by new general manager Cesar Collins.

LVBP: the “Cafecitos” end an era in La Guaira

As sons of Carlos “Café” Martínez, eternal figure of the Tiburones, José and Teodoro were part of the guairista identity. Both by their own merit made a respectable name within this organization, especially the first.

Also read: César Collins: We are going to try again to be a brave team

LVBP: what they yield in Aragua

In the recent 2021/2022 championship, Ramón García had an excellent performance for the felines, going 4-2 with a 3.41 ERA and a 1.17 whip. He has eight seasons of experience, six with Águilas and two with Tigres.

Likewise, Francisco Arcia is a seasoned receiver with 10 service campaigns between Eagles, Tigers (in two stages) and Cardinals. The defensive aspect is his strong point, he has a .984 fielding percentage, as a receiver he has incurred 17 sins in 1,408 innings.

Wilson García, with five years of experience (Zulia, Lara and Aragua), is coming off his best offensive season by hitting 11 home runs and driving in 38.

As for Eduardo Sosa, he is a ranger with good offensive figures, in three years with Caribe and Tigres he has averaged .297 (145-43).

LVBP: Sharks and Tigers surprise with multiple change of players