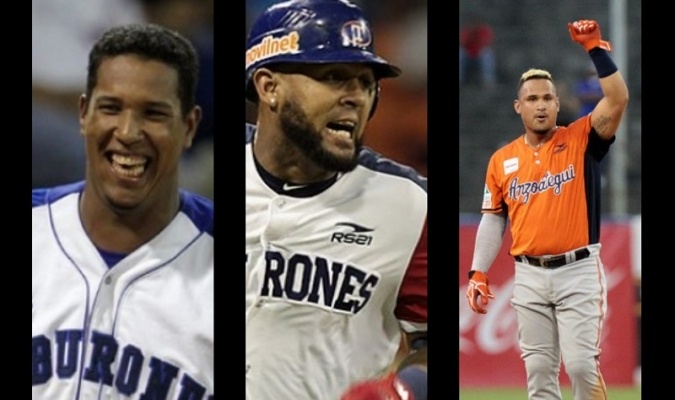 Without fear of being wrong, we can affirm that this is the most dynamic interseasonal break that has been seen in the Venezuelan Professional Baseball League (LVBP).

After the 27th out fell on January 25 in the seventh game of the Grand Final between Navegantes del Magallanes and Caribes de Anzoátegui, to date 43 players have been sent to other casts in 43 days.

That had never happened on the circuit.

Also read: The brothers Orlando and Oswaldo Arcia arrive to reinforce the offensive of the Leones del Caracas

Some teams in the conclave have not stopped at articles to transfer players from those known as franchises or those with a long history with a certain uniform, such is the case of José “Cafecito” Martínez and Loiger Padrón.

On February 10, the first movement of the long-haired men arrived, when they sent Andrés Giménez (who never dressed as a lion) to the Cardenales de Lara, for his file they received the valued shortstop prospect, Oswald Peraza.

In less than a week, on February 16, the high command manages to trade catcher Juan Graterol to the Bravos de Margarita, receiving pitchers Randy Valladares (left-handed) and Alfred Gutiérrez (right).

Approximately 24 hours later, the long-haired team surprised by agreeing with their eternal rival the transfer of Romer Cuadrado (J) and Antonio Piñero (IF), to receive Gabriel Noriega (IF), Juan Infante (J) and Luis Rico (L).

More details on our portal: https://t.co/sj5InEA87U

Until now, the only exchange of the 2021/2022 champions has been with their usual nemesis.

“They are two young, promising boys who must contribute a lot to our league”, were part of the words of our manager Luis Blasini.

On February 3, the Bengalis shook the LVBP market with two moves.

In the first, they hired the services of “Cafecito, José (J/1B) and Teodoro Martínez (J), along with the star pitcher Jorgan Cavanerio in exchange for Francisco Arcia (R), Ramón García (LD), Wilson García (IF), Daniel Montaño (J) and Eduardo Sosa (J).

War warned did not kill soldier. The new sports manager, César Collins, when being presented to the media, stressed that he would be aggressive when making changes, and has shown enough aggressiveness to restructure the sharks.

After sending the emblematic Martínez and Cavanerio brothers to Aragua, on February 1 they signed Daniel Jiménez (J), on February 22 they sent Édgar Durán (IF) back to Bravos de Margarita for Dennis Ortega (C) .

We received via exchange from the Tigres de Aragua the players Wilson García (IF), Ramón García (LD), Francisco Arcia (C), Daniel Montaño (OF) and Eduardo Sosa (OF).

Also read: The curious message of Bruce Rondón talking about the Magellan

Not satisfied with this, they agreed with Caribes de Anzoátegui the arrival of Oswaldo Cabrera (CC) in exchange for Julio Pinto (LD) and José Azocar (OF).

Player Oswaldo Cabrera (IF) arrives at Tiburones from Caribes de Anzoátegui in exchange for José Azocar (OF) and Julio Pinto (LD).

For more, they specify the signature of free agent Leobaldo Cabrera (J).

His first transaction was on February 3 when he added López, Tapia, Guillón and Carrillo from Aragua through Arteaga.

The second was given this Wednesday, the one that includes the name of the highest hierarchy among all the movements, by taking over “Salvy” Pérez, Herrera and Idrogo sending Hernández, Mavare, Cabrera and Aguilar to the cave on the right of the University Stadium.

Along with Magellan, the red birds are the ones who have made the least noise in this rain of transactions, but they have not been oblivious to the matter.

On February 7 they leveraged the arrival at the nest of Adrián Almeida (LZ), from Bravos, who stayed with Leonel Aponte (LD), and on the 11th Giménez arrived through Peraza.

We acquired left-handed pitcher Adrián Almeida from @labarrabrava, holder of a fastball up to 96-97. We give in exchange to the right Leonel Aponte.

The infielder from Barquisimeto @andresgimenez becomes a player @CardinalsDiceinstead it leads to @leones_cbbc infielder Oswald Peraza.

The team of the decade has been characterized by its aggressiveness in the market, a quality that they do not shed, returning to it this March 9, announcing the hiring of pitchers Rafael Marcano (LZ) and Gabriel Jaramillo (LD).

In the same way, they reached an agreement with Caracas to reinforce their staff of gunmen with Torres, Padrón, Amaya and Rodríguez for the Arcias.

The tribe adds outfielder José Azocar and right-hander Julio Pinto to its ranks for infielder Oswaldo Cabrera after the transaction between Caribes de Anzoátegui and Tiburones de La Guaira was made official before the LVBP. #VamosTribu pic.twitter.com/mla0wwib6C

Quickly on this day, they agreed with the Sharks to keep Pinto and Azócar for Cabrera.

The islanders have between eyebrows and eyebrows they have achieved their first final and the scepter, for that they have made the movements with which they consider, improve their structure.

They added Aponte from Lara, Graterol from Caracas, Durán from La Guaira,

LVBP: what moved the most in the market

The need for pitching for the generality of the League falls into the A-1 priority category; precisely, the quota of negotiated pitchers form the bulk of all these movements.

So far, 19 pitchers have been traded, 12 infielders, 8 outfielders and 4 receivers, giving a total of 43 players, where the gunmen represent 44.2% of the changes.