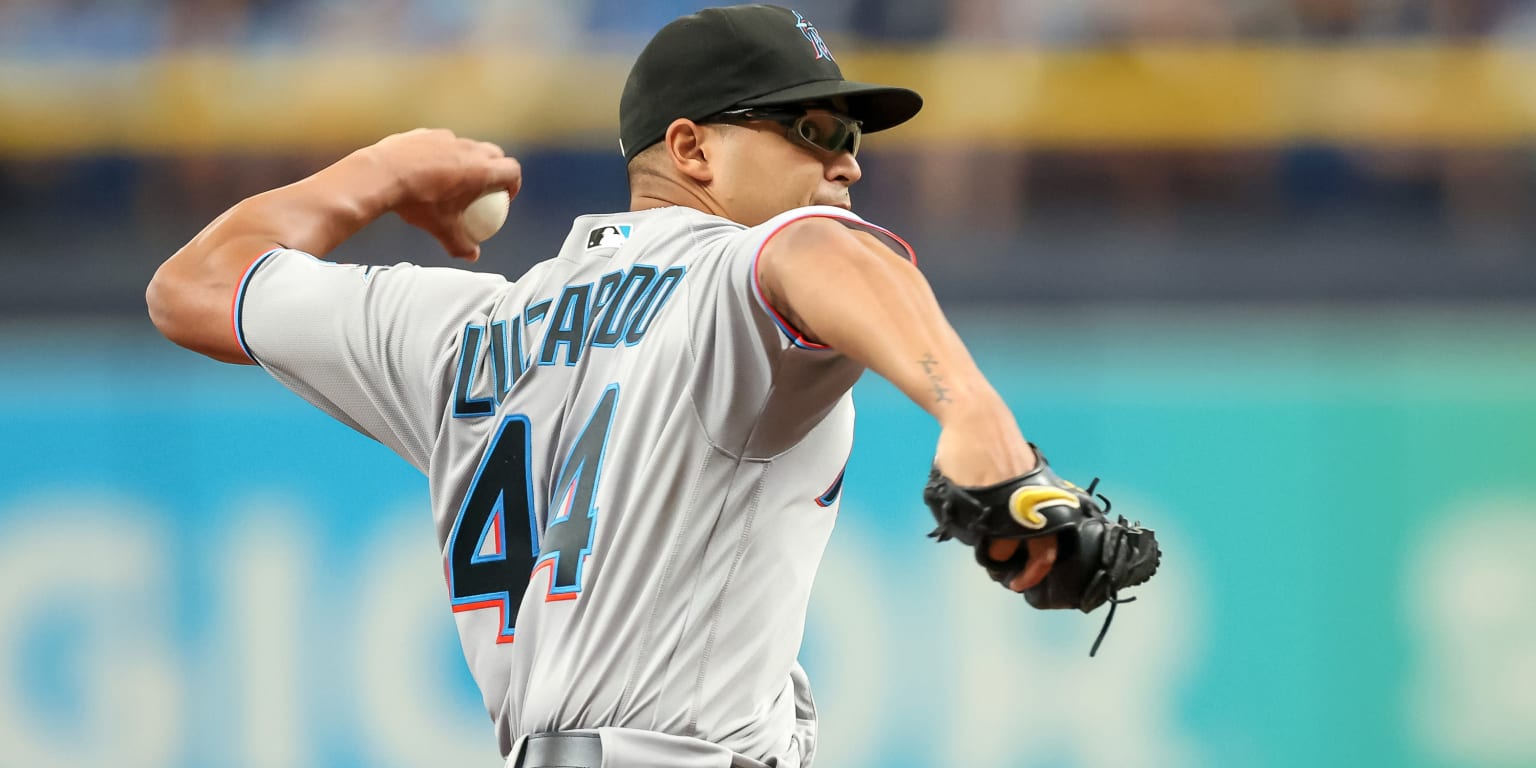 JUPITER, Fla. — In his own words, last year, “things were out of control” for Marlins left-hander Jesus Luzardo last year. Now, the 23-year-old Peruvian-Venezuelan is looking to be more consistent on the mound, and the results of his first two spring starts indicate he’s well on his way there.

After pitching three scoreless innings in his first Grapefruit League start, Luzardo had another flawless start Sunday in the Marlins’ 4-3 loss to the Astros at Roger Dean Chevrolet Stadium. Luzardo did not give up an earned run in four innings, in which he allowed five hits and one walk. In that outing, he threw 61 pitches (41 of them for strikes) and struck out five batters.

“I felt very comfortable with my material in general, in its entirety,” Luzardo said. “I felt like as the game went on, I settled in, found my pitches and got into a rhythm. It’s something we’ve worked on… not letting the game get out of hand.”

That wasn’t always the case last year for Luzardo, who moved from Oakland to Miami at the trade deadline in the trade that sent outfielder Starling Marte to the A’s.

Luzardo, who grew up in South Florida and was a Marlins fan, finished his season strong in Miami, but went 6-9 with a 6.61 ERA in 25 appearances between the Marlins and A’s. . Those numbers somewhat clouded his return home. Miami manager Don Mattingly noted that the transition isn’t always easy in those situations.

“I think it’s tough for guys coming to a new team — that’s tough and then coming to play in your hometown,” Mattingly said. “People always say, ‘Your city will be great.’ I’m not so sure about that. Because then everyone you know, if you’re not doing well, they’re telling you everything that’s going wrong. ‘You did this in high school, you did that when you were playing Little League.’ Not exactly all those voices are needed. That can be distracting I think. I think he will know how to ignore what he should ignore. We simply seek consistency with Jesus.”

Luzardo says that he spends time with a small circle of friends and that he has learned to ignore the distractions of “different people pulling you in different directions.” As for the consistency Mattingly referred to, Luzardo says that has improved as well.

“At this stage of practice, I would say my command, especially with my fastball, is better than it has been in a long time,” Luzardo said. “I know that [el domingo], it took me a while to get on top, but then I find it. I have more confidence [que hace un año]”.

For Mattingly, an important part of Luzardo’s evolution as a major league pitcher is being able to control his emotions when he finds himself in trouble, as he did on Sunday, when he gave up two straight singles to start the game. He then calmed down and managed to get out unscathed.

After the Astros scored an unearned run, Luzardo hit a double play to end the third inning. And in the fourth inning, he stunned Alex Bregman at second base after Bregman doubled to left field to start the inning. Luzardo ended his outing with consecutive strikeouts.

“[Mi primera apertura] it’s hard to beat, because nobody got on base, but I think that’s evolution for me,” Luzardo said of his two spring starts. “I feel like last year, the same game would have gotten out of hand at a certain point. When I was first and third with no outs, last year I would have walked or allowed a homer. Today, I feel that there is no pressure, there is no panic.

“I can be up against the wall, and I’m just calm and in control… I’d say that’s maturity. Last year, he felt like he was out of place, that maybe he didn’t belong. … Last year was very frustrating for me, and I feel like things got out of control. I feel like now, I’m in good shape.”

Both physically and mentally, which is good news for the Marlins.

Luzardo looking for stability this year