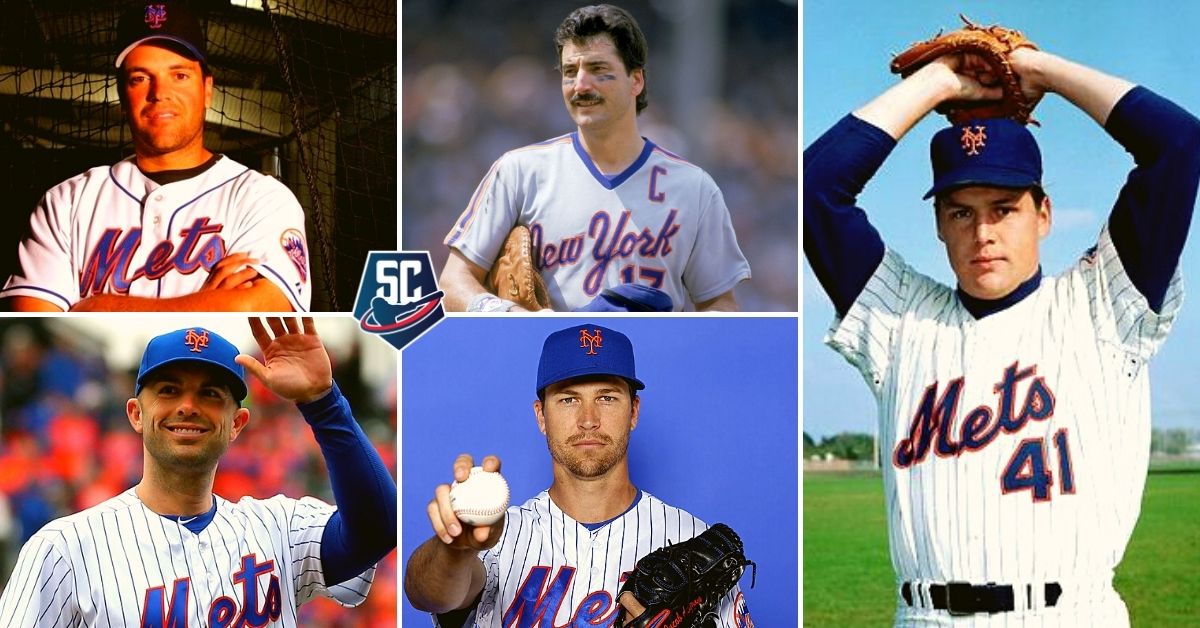 SNY, which carries all the coverage of the New York Metsthe New York Jets and all sports in the city of skyscrapers, he put together an all-time Mets team, made up of 26 players. The franchise was created 60 years ago (1962) and there are not a few who have stood out wearing their uniform.

To make this team they took into account several requirements, among them: the chosen player had to spend a solid part of his career in Queens and have lived part of his heyday during that time. So great pitchers like Pedro Martínez or Nolan Ryan will not be in the starting rotation (Max Scherzer still cannot be included), and Willie Mays will not count in center field either, the authors of said publication let it be known.

It may interest you: ABSOLUTE DISASTER: MLB-MLBPA meetings left a terrible result again

In catcher the chosen one was the slugger Mike Piazza, it could not be another, although they also mention the sentimental part in relation to another immortal, Gary Carter, who helped win the World Series in 1986. Piazza in his 8 seasons with the Mets played 972 games, in which he posted a .296 batting average, .373 OBP, .542 SLG and hit 220 home runs. At first, the name of Keith Hernández was expected, possibly the best defensive first baseman in the history of the Majors. He was the captain and soul of the band in the mid 80’s. John Olerud and Carlos Delgado are mentioned and even that Pete Alonso could choose to be chosen in the future, but they leaned towards Keith, who like Piazza (#31) will also have his number 17 retired in the franchise.

Venezuelan Edgardo Alfonzo was chosen as the best second baseman. Together with the Cuban Rey Ordóñez he formed a spectacular combination around the second cushion. A Mets infield that also had Olerud and Robin Ventura. In 2000, Alfonzo hit .324/.425/.542 with 25 home runs and 40 doubles, leading the Mets to the World Series (lost to Yankees). Starting in 2002 injuries affected his performance, but he had already left his mark on the organization. At shortstop, the Dominican José Reyes took the votes, from 2005 to 2011 he was one of the best in the entire MLB at his position. With his own merits Reyes was selected, he had a devilish speed that made him a great base stealer with enviable defensive skills. He could hit for a high average, hit a lot of extra-base hits (doubles and triples, not as many HRs). He also refers to what Puerto Rican Francisco Lindor can achieve with the team in the coming seasons.

In the antechamber the name of David Wright is permanent, the captain and symbol of the Mets for 14 seasons leads several offensive departments in the history of the franchise. Wright in that span hit .296/.376/.491, with 242 home runs, 390 doubles and 970 RBIs. Despite injuries (chronic spinal stenosis) he had a formidable career. At any moment his number 5 should be removed from the Mets team.

It may interest you: LIST: True home run hitters of the Cuban ball

In the outfield they selected Cleon Jones in left field, Carlos Beltrán in center and tall slugger Darry Strawberry in right field. Jones was part of the Mira le Mets in 1969. He played 12 seasons for the Queens, compiling a .281 batting average, a .340 .OBP and a .406 SLG. Mets fans remember him for catching the last out of that 1969 World Series, just before fans took the field to celebrate victory. Puerto Rican Carlos Beltrán is a future immortal from Cooperstown and one of the great center fielders of recent decades. From 2005 to 2011 with the Mets, his best season was in 2006, when he slugged close to .600 and hit 41 home runs. He is also considered one of the best switch hitters in MLB history. Strawberry was sensational from the start of him in a Mets uniform. Of his 8 years with the franchise he was a 7-time All-Star and winner of the National League Rookie of the Year award. The 252 home runs he hit for the club are proof of the great power he possessed.

The first of the five starters chosen was the legendary Tom Seaver, the franchise pitcher was one of the best pitchers of all time in the Major Leagues. Winner of three Cy Young Awards with the Mets (1969, 1973 and 1975) and an essential factor in the title won by the New York team in 1969. During 12 seasons with the Mets, Seaver had an ERA of 2.57, a WHIP of 1.08 and struck out 2541 rivals in 3045.2 innings. The number 2 is Jacob deGrom, one of the best exponents of the mound in recent years. He started working in the bullpen and became a great starter, winning two consecutive Cy Young Awards (2018 and 2019), something never achieved by a Mets pitcher. He’s already been with New York for eight seasons and his numbers are impressive: 2.50 ERA, 1.02 WHIP and 1,505 strikeouts in 1,261 2/3 innings. deGrom is shaping up to be a future Hall of Famer.

The third starter for this team according to SNY is Dwight Gooden. The “K Korner” or simply “Doc”, recorded two of the most spectacular campaigns for a starting pitcher (1984 and 1985). In 1985 at just 20 years of age he won the Cy Young Award with an astonishing 1.53 ERA, 0.96 WHIP and 268 strikeouts in 276.2 innings. Both he and Strawberry raised questions about what his career might have been had he not abused substances. Left-hander Jerry Koosman is the fourth pick, in 12 seasons with the Mets as a whole he had a 3.09 ERA and a 1.22 WHIP. He is remembered for pitching complete Game 5 of the 1969 World Series when the Mets won their first title. Last year, the Mets officially retired No. 36 from him.

Sid Fernandez was bet number 5 among starters. One of the underrated pitchers of his time, but with enough results to be considered a good pitcher. Here they made it clear that right-hander David Cone was considered for this position, but they decided on Sid, something respectable, although it may or may not be questioned. Fernández pitched 10 seasons with the Mets with a 3.14 ERA, 1.11 WHIP and 1,449 strikeouts in 1,584 2/3 innings. That relief appearance he had in Game 7 of the World Series against the Red Sox is memorable for Mets fans.

It may interest you: The Legendary Team USA of 1988 and What Happened to Their Major League Careers

The best closer of all time for the Mets is Billy Wagner, there could be no other chosen one. During his three seasons with the Mets throwing fireballs, easily 100 mph, his ERA was 2.37, his WHIP 1.05 and he struck out 230 batters in 189 2/3 innings. As a setup man they selected someone else who acted as a closer, but I see his inclusion in this role as positive: Posting a 3.10 ERA in 14 seasons with the Mets, he racked up 276 saves along the way, eventually becoming a setup man during a career that spanned 21 years.

The intermediate relievers in this team would be: Puerto Rican Edwin Díaz, Dominican Armando Benítez, Jesse Orosco, Roger McDowell and Tug McGraw. Diaz with the Mets posted a 2.95 ERA, 1.10 WHIP, and batted 14.2 batters per 9 innings. Benítez will never be forgiven for blowing Game 1 of the 2000 World Series, but with the Mets he was very dominant. Orosco was very helpful in eight seasons with the team, posting a 2.73 ERA and closing out the NLCS and World Series in 1986. McDowell was also a key player in that 1986 team, and McGraw (creator of the “Ya you have to believe» ) also had an outstanding job with those from Queens. The Long Reliever selected was Rick Aguilera, who was a starter/reliever for the Mets over a span of 4 seasons. He would later become a specialty reliever, later moving to the Twins.

It may interest you: OPINION: My ranking by position for the 2022 MLB campaign

Every team must have a bench, substitutes who also deserve recognition, because often these players who start watching the bulls from the sidelines, become heroes. So SNY also chose a bench, made up of: Gary Carter (catcher), John Olerud, Carlos Delgado and Pete Alonso (first basemen), Robin Ventura (3B), outfielders Mookie Wilson, Cliff Floyd and Michael Conforto. As a possible pinch hitter they chose Rusty Staub.

There may be some controversies regarding this Mets dream team put together by the experts at SNY, but all opinions are respected and generally the best players who wore the blue and orange uniform of the Queen franchise are included.