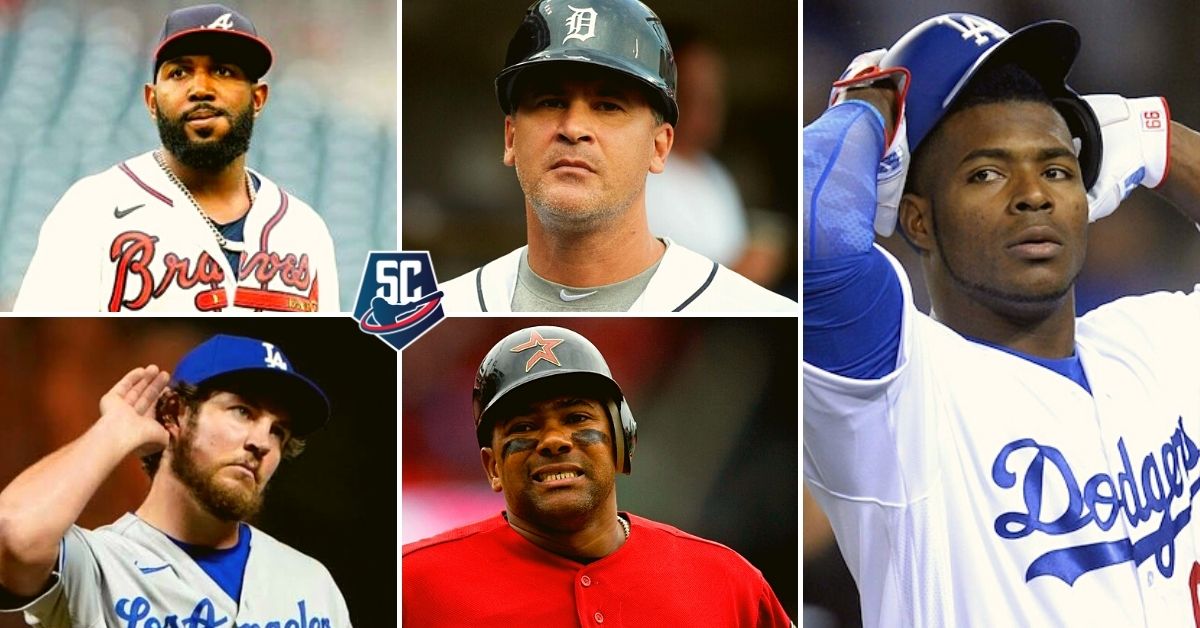 The lives of Major League Baseball players do not revolve exclusively around baseball. That premise blends seamlessly with the fact that everyone has different lives, attitudes, personalities and decisions that are not necessarily related to the sleek image expected by fans and authorities of the sport of bats and balls. Many active players, former players, and legends got into trouble and messed up their careers and / or legacies.

The last of these cases was Miguel Tejada, sentenced to six months in prison in his native Dominican Republic for writing bad checks, according to an ESPN report. Tejada spent 16 seasons in the majors and was linked to the use of banned substances several times, in career with San Francisco, San Diego, Kansas City, Houston, Baltimore and Oakland.

In Full swing, we compiled a list of players and former players who got into trouble and had to face justice, apart from Tejada. Without further ado, let’s see …

· Orlando “Peruchín” Cepeda: The now member of the Major League Baseball Hall of Fame had problems for possession of illicit substances for consumption. In fact, he was arrested on such charges and sentenced to five years in prison, of which he paid 10 months in jail and the rest on probation. Cepeda, now 84 years old, retired in 1974 from the majors after playing 17 seasons.

· Ugueth Urbina: The former shooter was arrested in Venezuela on November 7, 2005. The reason is that he attacked five workers on a farm he owned, accusing them of stealing a weapon. According to reports at the time, Urbina threatened them with a machete and tried to spray gasoline on his then-employees.

· Felipe Vazquez (formerly Felipe Rivero): Vázquez’s period between 2017 and 2019 made him one of the best closers and relievers overall in the majors. He glowed like the Pittsburgh Pirates’ fire extinguisher, but before the 2019 season ended, he was arrested on charges of handling prohibited content from minors and for soliciting private material from a 13-year-old girl, with whom he allegedly had a love affair. .

· Esteban Loaiza: The one who ended his career as one of the most outstanding Mexican pitchers in the Major Leagues was arrested in 2006 for driving at high speed and under the influence of alcohol. But that was not his biggest problem: already when he was retired, in 2018, he fell under arrest again for possession of more than 20 kilograms of cocaine in San Diego. He received a three-year prison sentence.

· Luis Castillo Y Octavio Dotel: Both Dominicans faced justice for the same case. Former second baseman Castillo was subpoenaed to testify against charges related to drug trafficking and money laundering. As for Dotel, this former pitcher was arrested. However, days later it was shown that there was no evidence to link Castillo.

· Pete rose: The man with the most hits in Major League Baseball history (4,256 for life) is not in the Hall of Fame for his behavior off the field. Rose bet on major league baseball when he was manager of the Cincinnati Reds. According to the famous Dowd Report, by attorney John M. Dowd, Rose was betting a minimum of $ 10,000 a day, although people allegedly linked to his activities claimed that the figure was $ 2,000.

Do we miss any? Leave it in the comments!

LONG LIST: Players who messed up their MLB career