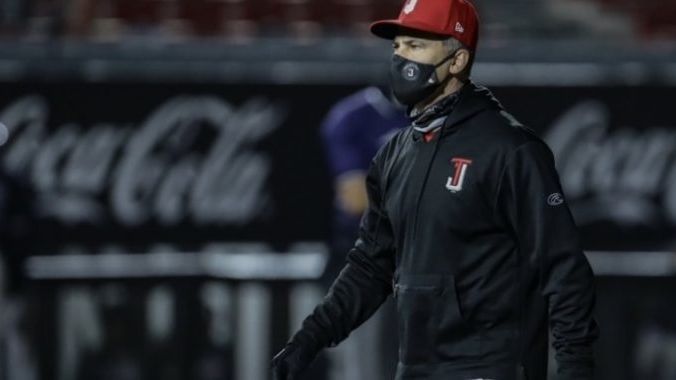 After losing the clean series to the Sultans of Monterrey, Venezuelan Omar Vizquel was fired as manager of the Tijuana Bulls in the Mexican Baseball League on Sunday night after losing three losses.

Vizquel made a great debut in the first 30 games of the season by compiling a 22-8 record through June 25, but since then the team has fallen into a slump by winning just 12 games out of 26 played to drop to a record 34. -22.

Despite the bad streak, Vizquel leaves the Toros in second place in the North Zone, six games behind the leader Mariachis de Guadalajara, just nine games away from finishing the regular role.

“Vizquel will take time to attend to personal matters, however, he will continue to be linked to the club in strategic functions within the sports area,” reads the bulletin.

However, according to sources, Vizquel had problems with several of his players, particularly with two former Mexican major leagues who play the infield and with a Mexican relief pitcher.

The club announced in a press release that in the next few hours it will be announced who will occupy the position of manager for the final stretch of the 2021 season.

If it does not materialize by Tuesday, Homar Rojas, who recently joined the team as a bench coach after starting the campaign and was later fired as the helmsman of Sultanes de Monterrey, is an option.

“The Club de Beisbol Toros de Tijuana thanks Omar Vizquel for his work and professionalism as manager of the team.”

Vizquel is just one of the strategists who leave good numbers in Toros and are fired.