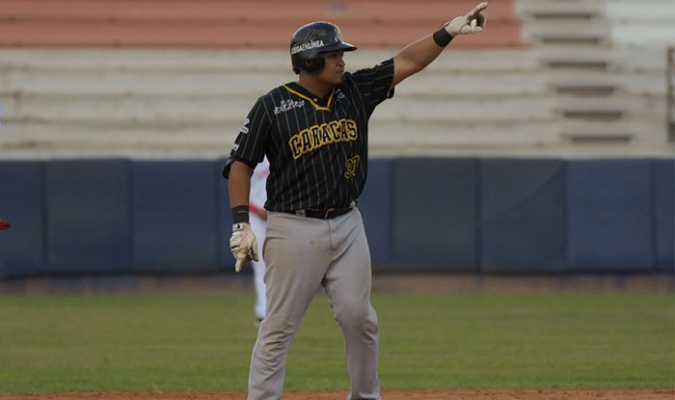 The ability to react and produce with men in a scoring position is essential in baseball. Since last November 18, it seemed that this had come off the radar of Leones del Caracas.

However, little by little the long-haired have been taking up that virtue, which this Sunday finds its highest point in recent days; This Sunday they start down on the scoreboard 5×0 against a cast as complicated as Cardenales de Lara, the one with the best pitching body in the current tournament.

Read also: Tigers do not believe in anyone and add up to the seventh in a row (+ Video)

Before them, the capital team manufactured a great 6-point rally in the fourth section before the collapse of the twilight defense.

After 1 out, Aldrem Corredor and Alexander Palma hit back-to-back hits while Ronny Cedeño with an uncatchable RBI, in this action Palma also reached the plate after a throwing error by outfielder Pedro Castellanos. This situation becomes more dangerous with another error by Castellanos that allows Erick Castillo to reach the middle and Cedeño to the anteroom. Romer Cuadrado with unstoppable sum 1 and Castillo also scores after Ildemaro Vargas’ error.

As if that were not enough, Yosmany Guerra responds with a single that evens the actions while Wilfredo Tovar, with a sacrifice fly, brings the advantage by driving César Valera.

For the sixth Leones scores 2 more with a runner double that finds Guerra and Tovar on the pads.

The Caracas relay responds on this occasion, with good performances for Franklin Dacosta (2), Félix Carvallo (1), Yóimer Camacho (1) and Jesús Zambrano, who do not allow scratches to the cardinal toletería.

Arrived in the ninth, José Marcos Torres is called to place the padlock, this is complicated by receiving a couple of runs, but the defense behaves, withdraws the out 26 taking Leonel Valera in an attempt to steal third base by way 2- 5 and 27 by 5-3.

The victory goes to the records of Carlos Quevedo (1-0, 7.02) who allows three touchdowns, all earned in a 2.2-inning relay. Salva Torres for the fifth time. The setback corresponds to Lara’s starter, Jackson Stephens (3-2, 1.78), without the backing of his defense, allows 6 lines, 2 clean, in 3.1 innings.