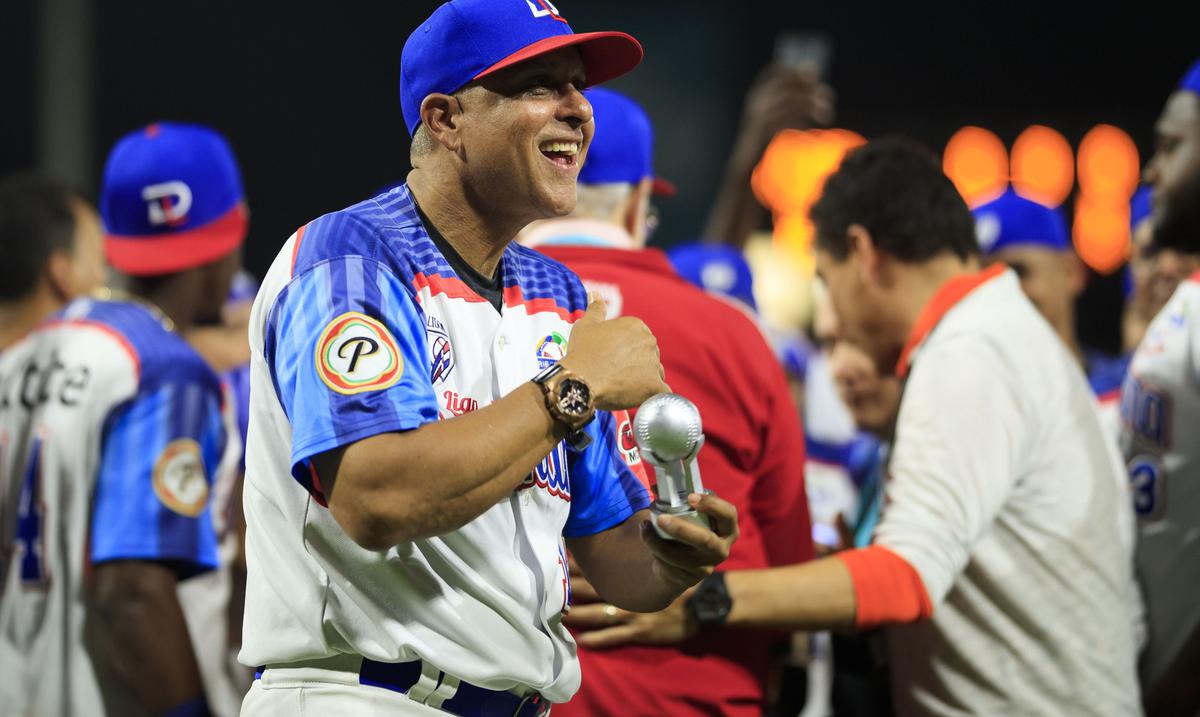 The Santurce crabbers, which are owned by Daddy Yankee and Tom Axon, made official this Sunday the hiring of Lino Rivera as its director of operations and Gil Martínez as its general manager.

“Gil will choose his work team next,” he said.

Rivera was officially appointed this Sunday as director of operations, although it had been known for several weeks that he was hired for that position to replace the past president and owner of the Cangrejeros, Justo Moreno.

The champion leader with the Carolina and Caguas teams at the Puerto Rico level will perform a new role in baseball. But he said he’ll feel the energy of the dugout and the field just as much.

“It is a challenge, at the same time that it is different. But I have spoken with people who have been leaders and presidents, such as Manny Acta and Carlos Baerga. What I like is directing, but they told me that I am not going to lose that energy, that I am going to continue feeling it,” said Rivera.

In addition to Puerto Rico, Rivera has also been a champion manager in the Mexican and Dominican Republic leagues, with which he also won the 2018 Caribbean Series in Puerto Rico..

Rivera added that Ruben Stairs will continue to work with the team. Escalera was general manager with Morero. He’s a scout for the Oakland Athletics.

Martínez, for his part, will form the coaching staff of the Cangrejeros. Santurce was managed in the recently concluded season by Tony Valentín, who led the team to a sixth game of the final series against the eventual champions Criollos de Caguas.

Martinez is also a scout for the Tampa Bay Rays..

Rivera had not worked in the Professional Baseball League for several years. The same happens with the designated leader of the Leones de Ponce, Edwin Rodríguez, for the return of the ‘jungle’ to professional baseball.

Rivera hopes to return the Cangrejeros to the starting lineup while helping to give continuity and promotion to local professional baseball.

“Los Cangrejeros are looking for a profile with me. What I want is to elevate the Cangrejeros to the seat and for the League to continue growing, for all (teams) to be under the same purpose to maintain the league and attract young people to the stadiums, ”said Rivera, crediting several owners of teams that have kept the ball professional in difficult times.

Lino Rivera and the Cangrejeros make their first move