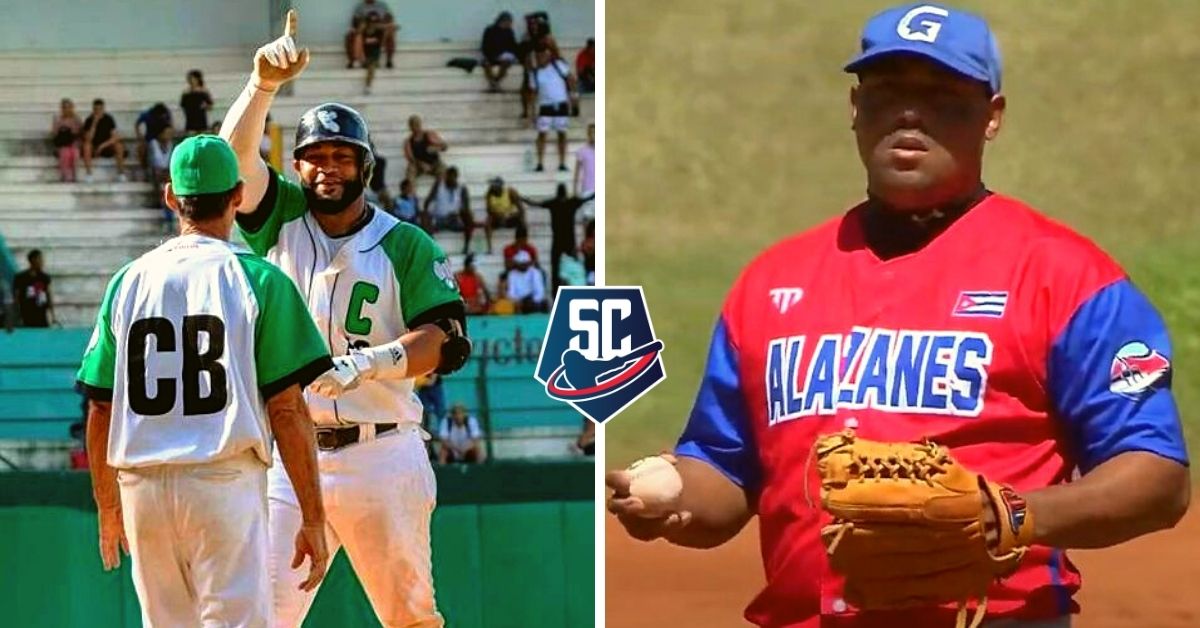 Crocodiles, Wasps and Tigers couldn’t make the cross, so the advance platoon closed in a bit more. The date, by the way, left two historic hits for Yordanis Samón and Luis Felipe Rivera, who blew the fences and achieved important marks in their careers.

Another day at the office for Yosvani Torres

Yosvani Torres climbed to the mound of Capitan San Luis Park and the Camagüey Bulls couldn’t even show their heads. The right-hander controlled the situation as he usually does, drawing his pitches on the edge of the strike zone and constantly hitting the low zone, which allowed him to get 13 outs on ground connections. Impressive!

Torres did not give away tickets, struck out four Camagüey players and only allowed one run for Yordanis Samón’s 200th home run in the National Series. To make matters worse, the Vegueros finally gave their star pitcher a quiet day, who had received very poor offensive support (they scored only 2.01 runs per nine innings in their previous appearances).

Catcher Yoel Frontela led the attack from Pinar del Río with two hits and three RBIs, while Luis Pablo Acosta and Pedro Luis Dueñas drove in two each in a feast of 14 hits and 11 runs against six shooters from Camagüey.

It was a fateful afternoon for the pitching of the squad led by Miguel Borroto, because, in addition to the punishment of the western players, they gave away 11 tickets, hit a ball and committed a wild pitch. The pitchers of the Toros are batting .317, penultimate behind Holguín (.322), with a disastrous average of 11.63 hits allowed per nine innings, the worst in the entire championship.

It is not surprising then the record of 12-16 exhibited by Camagüey, located in 13th place in the tournament and in need of a turn of the wheel if they do not want to run out of qualification options. Pinar del Río, meanwhile, is floating in the middle of the table, although it is unknown if they will be able to keep up if their main pitchers are contracted to Europe.

When the current champions of Cuban baseball needed him most, pitcher Erluis Blanco climbed onto the mound of Victoria de Girón park and contained the decimated offensive of the Crocodiles of Matanzas, for whom the season could be very long between of so many absences due to contracts.

Blanco didn’t even have ten innings pitched. in the championship, but the mentor Carlos Martí gave him the responsibility of opening the duel this Thursday, decisive in the particular match between Granma and Matanzas, who were tied at two wins per side. The right-hander was not out of tune and he walked six and a third, in which he did not give walks, struck out three rivals and allowed two clean ones.

His team supported him and in the middle of the match they were ahead 3×0, thanks to trailers from Alexquemer Sánchez, Iván Prieto and Osvaldo Abreu. The yumurinos discounted by Javier Camero’s hit that drove in Erisbel Arruebarrena and Yadir Drake, but they were left with the desire before Blanco’s low and controlled pitching.

The lace came in the ninth due to hits by Pedro Almeida, Leonardo Alarcón and again Abreu, who drove in his second run of the afternoon. The rest was taken care of by closer Carlos Santana, who always had guys in scoring position but managed to get the big outs under pressure.

In this way, Granma wins its first sub-series since mid-February, although they are still out of the qualifying positions. With a balance of 14-14, the Alazanes are embraced with La Isla and Pinar del Río, just behind Sancti Spíritus, Industriales and Artemisa, who share places from six to eight with 14-13.

Ambush of the Pirates in the Labra

In a game with 40 on-base players –22 hits, 16 walks and two hits– between the two teams, Isla de la Juventud took advantage of its local condition in the Cristóbal Labra park and won its second game this week against the Avilanian Tigers, this time with a score of 9 × 7.

The Pirates made the cross thanks to an offense of 15 hits, including two doubles and a home run, with particular emphasis on Eliseo Rojas and Yasmani Viera, who scored a couple of times each and hit two and three rockets, in that order.

Precisely, Viera opened the scoring in the second episode, when he reached base by tubey and then scored thanks to an RBI single by Dainier Gálvez, although the Avilanians responded quickly and matched the actions in the third by a trailer by Raúl González.

In that inning itself, the pineros returned to the charge and built a four-run cluster by a grand slam by veteran Luis Felipe Rivera, who became the second player with the most hits in the history of Isla de la Juventud. The first baseman – designated today – disappeared the ball through the right forest to the starter of the Tigres (Luis A. Marrero) and reached 2027 hits in his long career in the domestic classics.

Rivera broke the hug with Michel Enríquez (2026) in second place among the pineros hitters with the most hits in the National Series, and now he has the all-time leader in the territory within reach: Alexander Ramos (2030).

But the game movie was far from over with that hit. In fact, Yorelvis Charles’s pupils responded quickly with six runs in the fourth inning, in which they received four walks and a pitch and had four hits, including a home run with the bases loaded by Yudiel González.

The exchange of blows did not stop. The Pirates took the lead again with three runs in the fifth, one on a sacrifice fly by Laidel Águila with Leonardo Urgellés at third base, and another two on a double by José Luis Bring. Already in the sixth the hosts put definitive figures thanks to another sacrifice fly by Dainier Gálvez.

Seven players from the pirate ship went through the register at least once, and the nine starters connected at least one hit against the Avilanian pitching, who also reached five other runners by a pitch and four walks.

However, if we talk about lack of control, we must point directly to the pitching of La Isla, which gave away 12 free passports and a deadball. Luckily for them, the defense fabricated three double plays and considerably limited the damage.

Before the end of the first third of the game, the Elefantes de Cienfuegos already had six runs against pitching from Santiago, who could not withstand the offensive thrust of the southerners, winners in the end with a score of 11×2.

Pavel Quesada and Yusniel Ibáñez drove in the first goals of the Cienfuegos in the same opening episode with hits, and starting the second Dany Oramas gave a preview of what was to come with a solo home run. After that hit, the Elephants made another three with towing connections from Juan Miguel Soriano, again Ibáñez and Pedro González.

The open score allowed the southerners to play without tension, taking advantage of the indomitable pitching gaps, which gave away seven walks and hit a couple of pitches, in addition to committing two wild pitches. Santiago pitchers endured a penalty of 17 hits (six men with multi-hits), including three doubles and a homer.

Two of the tubeyes went to the account of Yusniel Ibáñez, who had three hits in total, with one scored and two RBIs. Luis Vicente Mateo was also active as a forward man, as he reached base five times and stepped on the rubber three times.

From the mound, Hermes González pitched six innings and only allowed three hits, with the same number of strikeouts, one walk and two hits. The right-hander allowed one run and he became the first pitcher in the championship with six wins. Also, he is absolute leader in innings pitched (47.2) and is among the top five in ERA (1.89).

Although it remains in the basement, Cienfuegos takes a breather with the victory, which allowed it to equal Holguín and Guantánamo in terms of wins and losses (9-19). For their part, the Wasps continue to hesitate (they have lost six in the last ten games), but they are still at the top of the table, a game and a half behind the Matanzas leaders.

In other results of the day, Las Tunas beat Artemisa 6×2 for the second consecutive day, Villa Clara continued with its overwhelming pace and passed the broom to Guantánamo 4×1; The Roosters prevented the same thing from happening against the Blues and won 5×3 and Mayabeque recovered from the KO of the previous date and won the series against the Cubs, today with a score of 9×4.

Leaders GOT into trouble, Torres WAS a GIANT, FIERCE attack by Pirates and Elephants. Summary Series 61