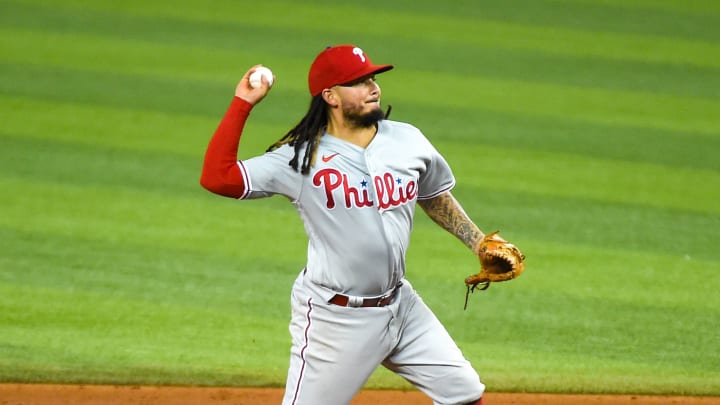 Didi Gregorius, who played for the New York Yankees between the 2015 and 2019 campaigns, it could be available on the MLB, according to a report by Th Athletic.

In this way, Gregorius, who has faced injuries in his last two seasons, could again occupy the sixth position of the table by 2022 and thus give the organization time to develop the talents they have in the minor leagues, among which stands out Anthony Volpe.

The Yankees manager, Aaron boone, made the delivery of a food bank to the neediest families in New York City within the framework of Thanksgiving, according to the organization.

The strategist was part of the preparation of the boxes and also helped during an extensive day to distribute them together with the staff of the Food Bank for New York City company. In all, Boone and the company delivered boxes to 500 families in the city.

The Yankees reported that they settled with pitcher Emmanuel Ramirez on a minor league contract. The arrival of this player comes after the loss of prospect Dermis Garcia, who reached an agreement with the Oakland Athletics.

Ramírez is coming off a great performance in the Atlanta Braves’ minor league system in which he struck out 59 in 38 innings pitched between strong Class A and Double A, according to a Baseball America report.

In his search for a shortstop for the 2022 Major League season, Venezuelan Freddy Galvis would be among the names that could come to the club, according to a report from MLB Network journalist Joel Sherman.

Galvis, who comes from playing with the Baltimore Orioles and ended the season as part of the Philadelphia Phillies, recorded 6 errors in a total of 648.1 innings played at shortstop. Additionally, the 32-year-old hit 14 home runs and drove in 40 runs in 104 games.