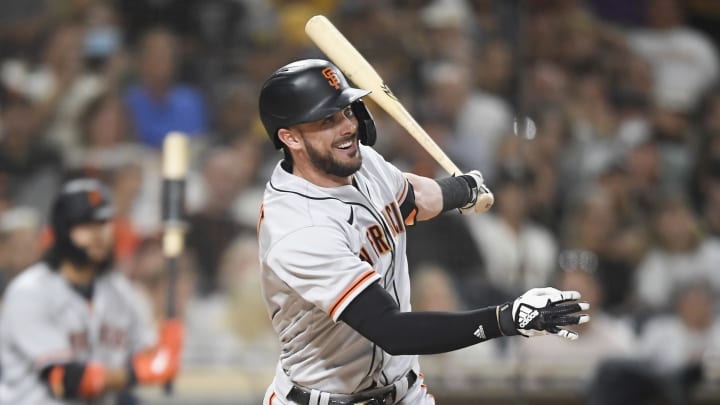 Kris Bryant, who is a free agent, could enter the plans of the New York Yankees to take first base in the 2022 season in the event the team is unable to sign Anthony Rizzo or Freddie Freeman; according to a report by SNY journalist Scott Thompson.

The arrival of Bryant would not only be cheaper than those mentioned for the club’s management, it would also give him the possibility of moving him to other positions, as could be observed in last season with the San Francisco Giants.

Although the Yankees management has not said that Luke Voit is on the transfer list, the player took a step forward to show that he feels part of the team with the change of his Instagram profile photo in which he appears in uniform with the Bronx team jersey.

In recent days Voit has been very active on social media. First with photographs in which he shows his training routine and now with this photo which is nothing more than a clear message to the office that he wants to continue being part of the organization in the immediate future.

The Yankees would have planned to alternate Ender Inciarte and Aaron Hicks in center field during the 2022 season of the MLB, according to a report by the journalist Thomas Carannante of Fansided.

The communicator bases his report on a recent conversation he had via Zoom with manager Aaron Boone in which he was approached about who would play in the outfield. “We will not have Brett Gardner and we will not have Clint Frazier. However, I think the signing of Inciarte will help us a lot together with Aaron Hicks recovered in center, leaving Gallo and Judge in the corners and occasionally Stanton,” Boone said in your moment.

Yankees pitcher and Player Association steering committee member Zack Britton said his teammate Aaron Judge He has long deserved a millionaire contract, thanks to the numbers he has put in his career.

In addition, Britton made it clear that the fact that Judge has not yet received a multi-year pact is a demonstration of the flaws in the labor system in the major leagues. “We’re talking about superstars coming into the league and trashing it,” Britton noted in an interview with Chris Rose on the “Chris Rose Rotation” podcast.