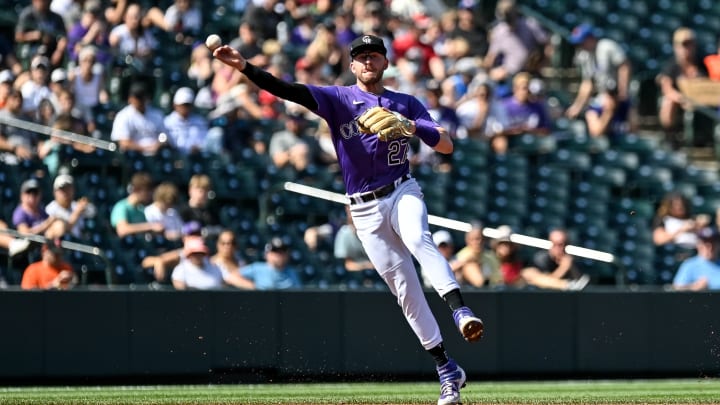 At this time of year, New York Yankees would be giving up on the idea of ​​hiring Trevor story as his shortstop for the 2022 season, based on scout reports that the former Colorado Rockies player will switch to second base due to loss of arm power, according to Ryan Divish of the Seattle Times.

In addition, it is highlighted in the report that based on what the scouts said, general manager Brian Cashman could be cautious in a possible signing for Story, who has had elbow strains in recent seasons.

“They have Gleyber Torres in that position and DJ LeMahieu can play all four positions in the infield. Signing Story to move him to second base is not business,” explains the communicator.

Aaron Judge He married Samantha Bracksieck, who has been the girlfriend of the Yankees’ star outfielder since high school last weekend in Hawaii, according to information released by the Daily Mail.

In the different social networks, both the player and the wedding guests, the photos and videos of the celebration were leaked, which included a luxurious reception that took place at the renowned Montage Kapalua Bay resort on the island.

The Yankees would be interested in making a trade with the Miami Marlins by player Garrett Cooper, a former prospect for the Bronx organization, according to a report from NJ.com’s Mike Rosenstein.

Cooper was one of the best players in the Mules’ minor league system between 2013 and 2016. He played 13 games for the Yankees in the 2017 season at first base.

Though he was thought to be back in 2018, he was traded to the Marlins for pitcher Michael King, but his development in Miami has prompted the New York headquarters to have talks to bring him back.