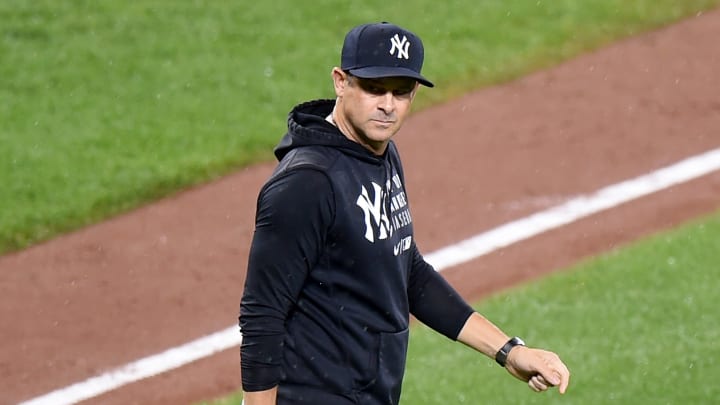 Pitcher Sean Manaea would have to be part of the change pack in case the New York Yankees and the Oakland Athletics reach an agreement for a transfer, once the work stoppage in the MLB, according to a report from the New York Post.

The report highlights that in the event that the Yankees cannot sign Carlos Rodón in free agency, the Atléticos would be an option from which they would take great advantage, “since up to 7 players could participate between the two teams, in which it stands out Manaea “.

Anthony Volpe’s development as a player has put the team’s front office in a position to seek an affordable shortstop on the market with the possibility of handing over the position to the rookie beginning in the 2023 season, according to a report by nj journalist Mike Rosenstein. .com.

Among the options, Rosenstein lists Andrelton Simmons as the first on the list. However, the prospect of making a mega trade with the Oakland Athletics places Elvis Andrus as another member of the roster. In addition, the communicator states that the management of the Bronx team could ask about the shortstop of the Texas Rangers, Isiah Kiner-Falefa, who was one of those affected by the signing of Marcus Semien and Corey Seager.

The MLB work stoppage has left the Yankees without knowing how the rehabilitations of their players have evolved: DJ LeMahieu, Aaron Hicks, Jameson Taillon and Darren O’Day, manager Aaron Boone told ESPN.

“I don’t have any contact with them so I don’t know,” Boone said during a conference call to discuss their renewed and expanded coaching staff. “MLB told us not to talk to the players. I just hope everything is going as it is supposed to.”

The Yankees reached a minor league deal with pitcher Vinny Nittoli, who made his debut with the Seattle Mariners during the 2021 season. The 31-year-old right-hander had a one-inning performance in which he allowed one hit. , 2 runs, walked 2 and struck out.

Nittoli has worn the uniforms, in addition to Seattle, for the Arizona Rattlesnakes and Minnesota Twins. The signing became official on December 15 and on December 16 he was assigned to the Triple A branch with the Scranton / Wilkes-Barre club.