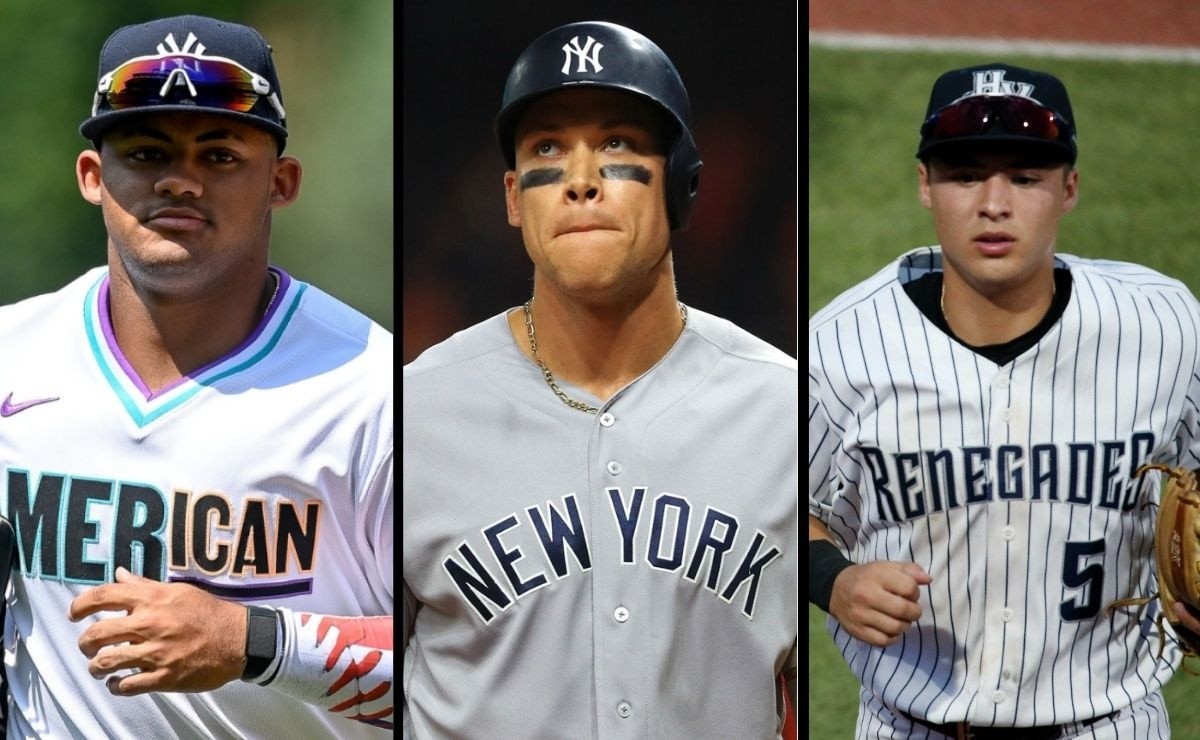 Aaron Judge will play in this 2022 his last year of contract with the yankees. Despite the fact that before the lockout the New York board gave no sign of a possible extension of the Judge so that he continues to wear the pinstripes, the lanky right fielder said it would be an honor to continue being a Yankee.

In case the Bombers don’t renew his contract, he will surely receive dozens of offers in free agency at the end of the season. Due to the flexibility of their payroll and purchasing power, these are some organizations where Judge would best fit in the future if the yankees don’t tie him up:

With everything and the hiring of the current Cy Young of the American League, Robbie Ray, and the change they made valid with the Padres for Adam Frazier, the Mariners’ payroll will amount to US$79.3 million for 2022 and US$104.5 million for 2023. If Judge’s signing is around $200 million total, or $30 a season, Seattle’s payroll would still be low and easy to maneuver.

Without the player base of that 2016 World Series champion roster — Kris Bryant, Anrhony Rizzo, Javy Baez and Kyle Schwarber — the Cubs look like they might have to think about a rebuilding series. Going on to have one of the most flexible payrolls in all of MLB, it’s hard to see how they couldn’t go after Judge if he doesn’t stay with the Yankees.

The Giants have estimated payrolls for 2022 of $131 million, and $87 million in 2023 and 2024. They certainly have flexibility in the Bay, plus let’s add the great purchasing power they have in the market. The Giants could be above Judge, a native of Linden, California. Following the retirement of Buster Posey, it’s clear the Giants need a true superstar in town, a vacancy that “The Judge” would fill with no problem.

Anthony Volpe is considered one of the best prospects in the entire Minor League (MiLB) system. The young man develops as a shortstop and seeks to reach the MLB. He would have exactly the goal that other famous shortstops had at the time, such as Carlos Correa and Francisco Lindor, whom Volpe admires and enjoys watching play.

Shortstops have more and more great exponents in MLB baseball and have even gone on to win multimillion-dollar contracts. This fate could in due course be that of Anthony Volpe, who looks up to a couple of the standouts in this position.

Yankees: Jasson Domínguez hits his first HR in MiLB camp; it was ‘kilometre’

The number two prospect of the New York Yankees, Jasson Domínguez, was uncovered this Wednesday with a solid home run that was admired by the rest of the minor league players invited by the Yankees in their spring minicamp.

“El Marciano”, as the Dominican central patrolman is also known, hit a powerful line drive that blew off the center field fence that echoed among those present, as the hit rang out loud in all corners of the complex where they are taking carry out practices. Here’s Dominguez’s home run:

Latest news Yankees: Judge’s probable destinations if he does not renew, Volpe and his favorite SS in MLB and more