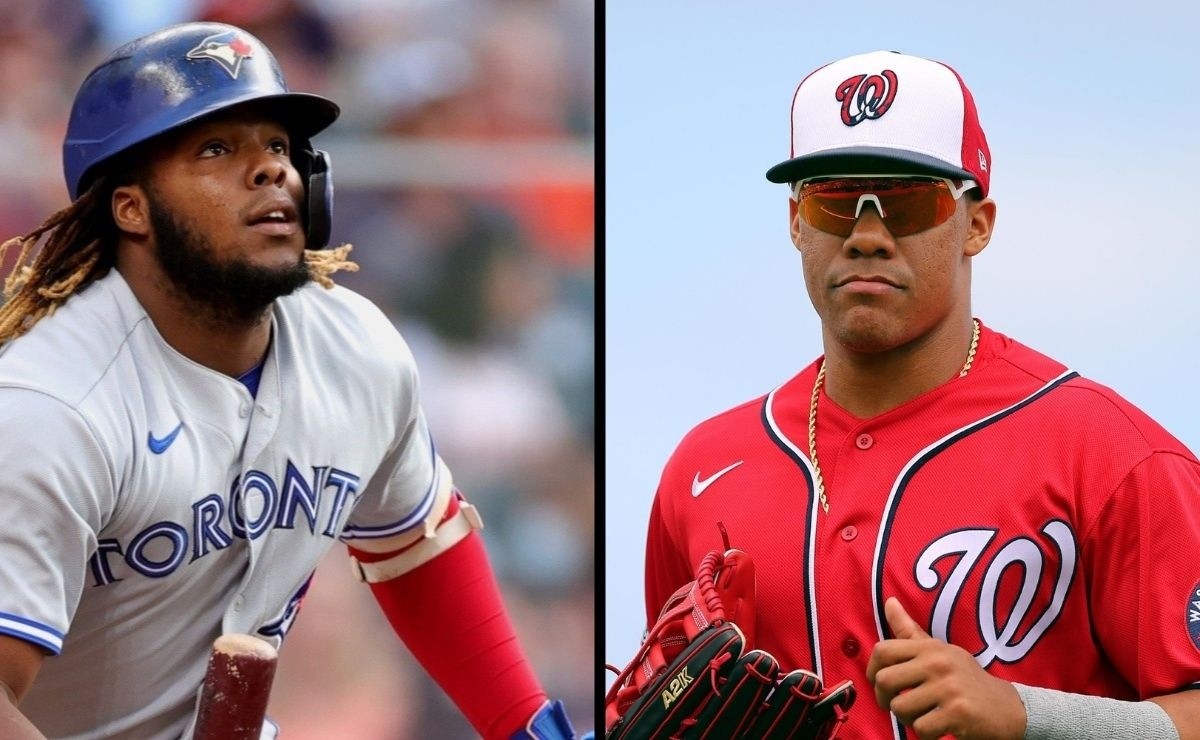 Dominican sluggers Vladimir Guerrero Jr. and Juan Soto, by Azulejos and Nationals respectively, are two of the youngest superstars MLB has from what they have already shown in their short races in the Big Top. According to his compatriot, Fernando Tatis Jr., both will earn more than $ 400 million either through an extension with their clubs, or with an agreement once the two become free agents.

After the great year that “La Fiera” and Vladdy Jr had, they finished in the second position in the voting for the MVP Award in the National and American League. Guerrero Jr. was a co-leader in MLB in the line of home runs (48) with Venezuelan Salvador Pérez, while Soto stood out as the main weapon of the Nats despite the fact that his team was completely disarmed on the trade deadline.

The firms in MLB at this time are completely stopped due to the work stoppage, and because of this, many players have been left without being able to sign and although Juan Soto and Vladimir Guerrero Jr. are not free agents, there has been talk of possible contract extensions , taking into account the contract that his compatriot Fernando Tatis Jr. signed at the beginning of the current season with just two seasons in the Major Leagues.

Tatis Jr. himself mentioned in an autograph signing that he believes that both Soto and Vladdy Jr. will earn more money than he and that they will sign contracts of 400 million dollars, according to Héctor Gómez of Z Deportes.

I think that both Juan Soto and Vladimir Guerrero Jr. will sign contracts over 400 million dollars. Those two guys’ bats are setting the tone for the major leagues right now.

The Chicago Cubs continue to work on improving their depth by adding seven uninvited players to the roster for Spring Training camps. On Friday, Chicago announced seven minor league signings:

PJ Higgins (C): Higgins was selected in the 2015 Amateur Draft by the Cubs and finally made it to the Big Top in 2021. He was 1-for-23 in a nine-game span, before suffering a fatal injury. his campaign in June.

Jonathan Holder (RHP): The Cubs signed the 28-year-old man last offseason, but a shoulder injury cost him the season. Holder spent parts of the 2016-2020 seasons with the Yankees, posting a 4.38 ERA in 157 appearances.

Dixon Machado (INF): The Venezuelan was with the Tigers between 2015 and 2018, but now he comes from playing the last two seasons in Korea.

Ildemaro Vargas (INF): The 30-year-old Venezuelan went through the Cubs in 2020 and 2021, as a versatile option. Last year, Vargas played 34 games in the majors between the Cubs, Pirates and D-Backs.

Latest MLB news: Vladdy Jr and Soto would sign for 400 million, Cubs and their 7 signatures and more