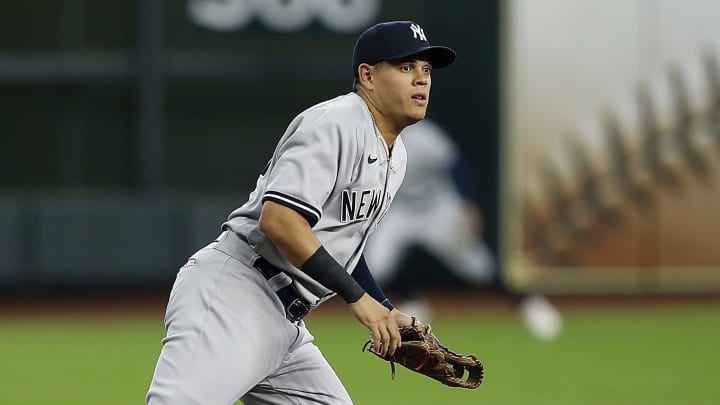 Gerrit Cole’s COVID-19 positive isn’t the only thing the New York Yankees in the last days of the MLB.

Colombian third baseman Gio Urshela he has a hamstring strain that will keep him out for a week.

“It will continue to improve in the next few days and hopefully it will only be a week or eight days or so,” manager Aaron Boone told nj.com of Urshela’s injury.

His absence will lead to Yankees to rotate Rougned Odor, DJ LeMahieu and Tyler Wade at third base. LeMahieu has been dealing with a minor right tricep injury, so Odor will likely spend more time on third base.

The Boston Red Sox have plans for their newest acquisition, Kyle Schwarber, who is scheduled to take part in training on Tuesday to assess when he can return to action. There he was scheduled to roll at first base, a role in which he is expected to be used as soon as he is activated.

Manager Alex Cora said the Red Sox hope to meet with Schwarber between Tuesday and Wednesday to define the rehab assignment.

“As for the progress of the injury, we are excited,” Cora told MLB.com. “He’ll be with us when he’s ready.”

The Los Angeles Dodgers have Max Scherzer’s first outing with the club scheduled for Wednesday, when he must face off against the Houston Astros hitters.

The last time he pitched against Houston was in Game 7 of the 2019 World Series at Minute Maid Park. He was coming off a back injury and still managed to throw five innings. He was also the winning pitcher for Game 1 of that series.