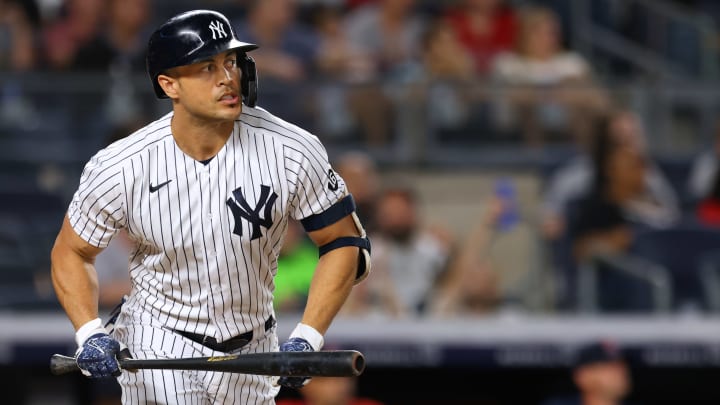 There are many rumors that run in the MLB on the intentions of the New York Yankees to agree to a trade that brings a much-needed outfielder to the Bronx.

But for now the only certainty is that Giancarlo Stanton will have to grab a glove and go outfield when they play on the road against the Miami Marlins weekend.

It’s not just because of the injuries of 6 outfield players, it’s also due to the fact that there is no designated hitter in the National League, the role that Stanton has been limited to trying to take care of his frail physique.

“I think he’s ready to do it and he’s been preparing for it,” the manager told the NY Post. Aaron boone on Sunday. “So I hope it happens next week in Miami.”

The San Diego Padres will take second baseman and outfielder Adam Frazier from the Pittsburgh Pirates. At least that’s what a Jeff Passan report for ESPN assures.

The Padres will also receive $ 1.4 million from Pittsburgh to complete the deal.

Left-hander Danny Duffy of the Kansas City Royals is wanted by a couple of teams and one of them is the Los Angeles Dodgers.

The Dodgers need to add arms to the starting rotation with Clayton Kershaw injured and Trevor Bauer on indefinite administrative leave.

Kansas City placed Duffy on the 10-day disabled list for a left flexor strain on July 20.