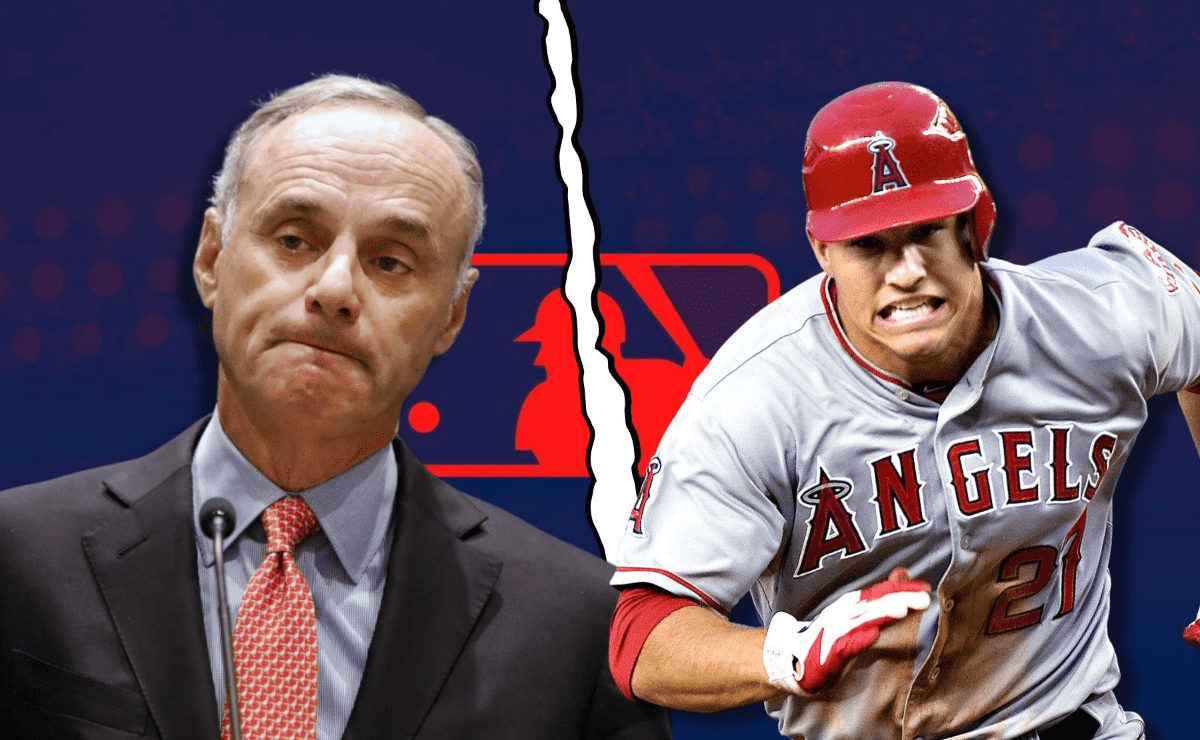 The end of the year is near and with it, the start of the 2022 Season of the Big leagues looks ‘around the corner’ if everything goes according to plan. The employer stoppage is still in force but the news about him and about him baseball in general too. That is why here we bring you the latest news about MLB, which include that Players call for an end to the strike, Cano talking about Yankees, the influence of Mike Trout and more.

The world of baseball does not stand still and this week brought with it many new news from the Major Leagues, where it is living a moment full of many mixed feelings and changes. Here are some of them.

MLB: Zack Britton and Marcus Semien back Lucas Giolito and call for an end to Strike

The Major League Baseball lockout It has been ongoing for nearly a month, and the accompanying transaction freeze essentially halts all major league activity. Not expected the league and the Players Association MLB officials discuss the game’s core economic issues, the most contentious in collective bargaining, until sometime after the New Year.

Some prominent players, each of whom takes an active role within the MLBPA, recently appeared on Chris Rose Rotation to discuss the current state of the talks (or lack thereof). The left-handed reliever of the Yankees, Zack Britton, Texas Rangers shortstop Marcus Semien and White Sox starter Lucas Giolito, expressed some frustration at the lack of progress to date

Unsurprisingly, the players argued that MLB has yet to seriously engage in the negotiations. Britton said:

We feel that we have offered some good proposals. And we really got nothing from his end in Dallas (in negotiations during the last days of November). “

Semien and Giolito largely echoed that sentiment. The first noted that MLB could have continued to bargain rather than lock players after the expiration of the previous collective bargaining agreement. The latter clearly stated that the MLBPA hoped to return to the table as soon as possible. Giolito commented:

We are here, we are ready to negotiate. We are practically waiting for MLB. We will not negotiate against ourselves. It takes two to tango. “

Of course, there has been similar rhetoric from MLB. At the time the league blocked the players, Commissioner Rob Manfred told reporters that MLB:

Frankly … he didn’t feel that sense of pressure on the other side, “adding that it was the league’s wish to” get back to the table as soon as possible and we can. “

Very little has happened in the nearly four weeks since then, although it is unclear whether continued discussions about the core economy would have served much purpose anyway. The December negotiations would probably have involved the parties “saying the same things over and over again.”

The most pressing topics in the talks – the competitive equilibrium tax, the service time structure, the salaries of the players starting their careers, etc. – have been debated endlessly in recent weeks.

Britton, Semien and Giolito argued that the union was more concerned than the league with competitive balance. The first stated:

We want all teams to try to win year after year. We think that’s fair to the fanbase and that’s what we want. We will continue to send that message. “

Giolito took a similar tactic, alluding to clubs that have cut their MLB payrolls during rebuilds:

We want thirty teams to compete, trying to present the best possible players to make the game more competitive. That is something we are emphasizing with our proposals: let’s make the game better for everyone, number one is the fans. “

Of course, some lower-paying clubs have managed to remain successful despite budget constraints. However, it is clear that players disagreed with clubs that have largely chosen not to participate in free agency while orchestrating massive organizational reforms.

Britton singled out his former team, the Orioles, as one of those troubling clubs, though he cautioned that the Baltimore franchise was simply one of the few examples of what players feel is a widespread problem.

Given the lack of movement to date, is it still possible to reach a new deal without the games being interrupted? Semien expressed optimism on behalf of the union about avoiding interruptions to spring training, although unsurprisingly he noted that “January is a huge month.” With that said, all three players reiterated that they did not feel any time pressure to significantly advance their current goals:

Britton and Giolito each pointed to last year’s pandemic freeze as a potential strengthening factor for the union. That was not technically a work stoppage, as gambling was stopped due to a national emergency.

However, discussions about the return to the game proved contentious, with the MLBPA eventually filing a complaint alleging that MLB did not negotiate in good faith to play as many games as possible last year during a season with virtually zero income. Giolito explained:

It may interest you: MLB and MLBPA are not expected to discuss the core economy until January.

(Wait) is part of the process at this time. Going through the year of the pandemic, like fighting for what we wanted as players, really coming together, communicating well, that puts us in a good position now. … Even if things slow down a bit, we are here, we are ready to negotiate. We are going to keep pushing for a season to start as soon as possible. “

MLB: Mike Trout is the most followed player on Instagram, followed by Bryce Harper and Javy Báez

One of the great orders that you have the commissioner of MLB Rob Manfred, is to popularize baseball among the younger generations and social networks are the perfect place to grow the following in this sector of the population. Instagram is one of the most popular and the players continue to grow their accounts among themselves, with several of the best being also the most followed, how are Mike Trout, Bryce Harper among others.

At the end of this 2021, the still considered best player in all Major Leagues, Mike Trout, is the most followed MLB player on Instagram with 1.9 million followers, with current National League MVP Bryce Harper being in second place, with a mass of 1.75 million people following his account; Surprisingly in third place is the new Detroit Tigers player, Javier Báez, with 1.53 million followers.

The truth is that although they are good numbers, they pale before the most followed athletes in this social network who play other sports, such as LeBron James, who has 106 million followers, Lionel Messi with 294 million and Cristiano Ronaldo with 382 million followers.

Still missing the Yankees? Canó confessed that his best moment in MLB was spent in the Bronx

Before a game of the Eastern stars, your team in the Dominican Winter League (LIDOM), Robinson Cano was interviewed by Juanfrank Kranwinkel for almost six minutes where the current ssecond baseman for the New York Mets, in MLB, he confessed some very interesting personal things.

One of the revelations that attracted the most attention was when the interviewer asked him about what has been his best moment since he was a professional baseball player. As expected, the veteran midfielder did not hesitate to recall that World Series where he managed to lift the trophy of champion with the Yankees from New York in 2009.

Canó, who turned 39 last October, played nine seasons wearing the striped uniform of the Bombers, a club in which he left through the big door after registering a .309 batting average, with 204 home runs and 822 RBIs.

After his successful stint in the Bronx, Robinson Canó was part of the Seattle Mariners for five seasons and then returned to land in the Big Apple but now with the Mets, where he has accumulated two more seasons.