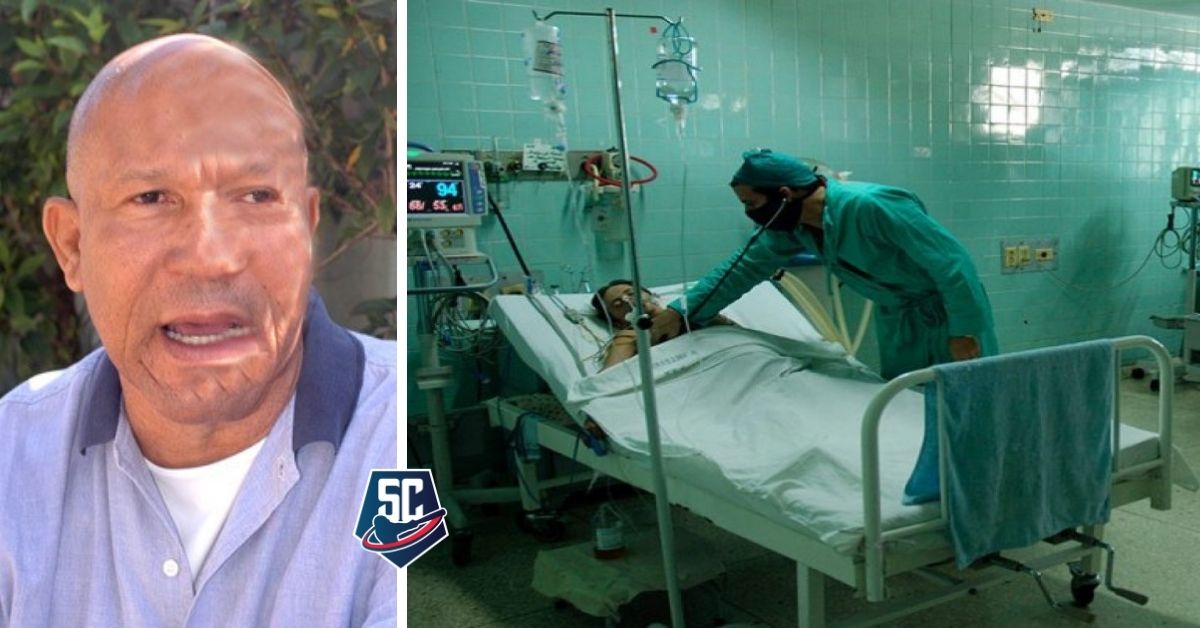 Some time ago here at Swing Complete we reported on the process experienced by the legendary former Havana catcher and coach Pedro Medina Ayón, who managed to leave the medical center after contracting the same virus that has hit so many human beings in the last two years.

“The Edmonton Hero” had come out of the worst last time, though not completely. As a result of the aftermath of the pandemic, he entered a crisis again and therefore it was necessary to admit him once again to the Salvador Allende hospital in the Cerro municipality (Covadonga).

According to what friends and relatives of Medina himself informed me, he was hospitalized for about 15 days due to a lung condition that the virus left him. It was so significant that their breathing difficulties became more and more difficult until they went to the medical institution located relatively close to where the ex-player lives together with part of his family.

The “Doctor”, as he was affectionately nicknamed by his teammates and his students at the Sports University, was able to gradually come out of the delicate state in which he was and fortunately he was discharged from the hospital.

It may interest you: NEITHER PESTANO NOR JUAN CASTRO: Pedro Medina would be the chosen one

Fortunately, your body has always been quite strong, not only because you practice sports but for other compelling reasons, including the absence of smoking and other vices that can further aggravate the confrontation with this type of disease.

Medina turned 69 years old on December 19, and without counting his recent affectation, he always stood out for being one of the members of his generation who looked the best physically speaking. He was even still active in the veterans league and in the occasional commemorative game that was held.

After shining as a player in the seventies and eightiesenter he was a successful trainer in many places. He became one of the great managers of Italian baseball and in the Cuban National Series he guided Industriales to that historic title in 1996 that deprived Villa Clara of equaling the record of four consecutive crowns still held by the Lions themselves.

A good part of his retired life from the game as an athlete stood out as a professor at Fajardo (Universidad del Deporte) until the pandemic arrived and most activities were frozen.

It may interest you: Villa Clara in train crash against Ciego, Granmafor the return. Previous

In addition to his sporting importance, Medina’s particular character earned him great respect and affection among the vast majority of those who have been related to him, and to add to that, for millions of capital and non-capital fans, he is one of the figures who has most admired left.

Needless to say, we will keep you informed of the situation around the mythical number 31 of the Havana and national teams, of whom we hope and ask that it continue to evolve until it fully comes out ahead with this problem that has caused so much damage to millions of human beings.