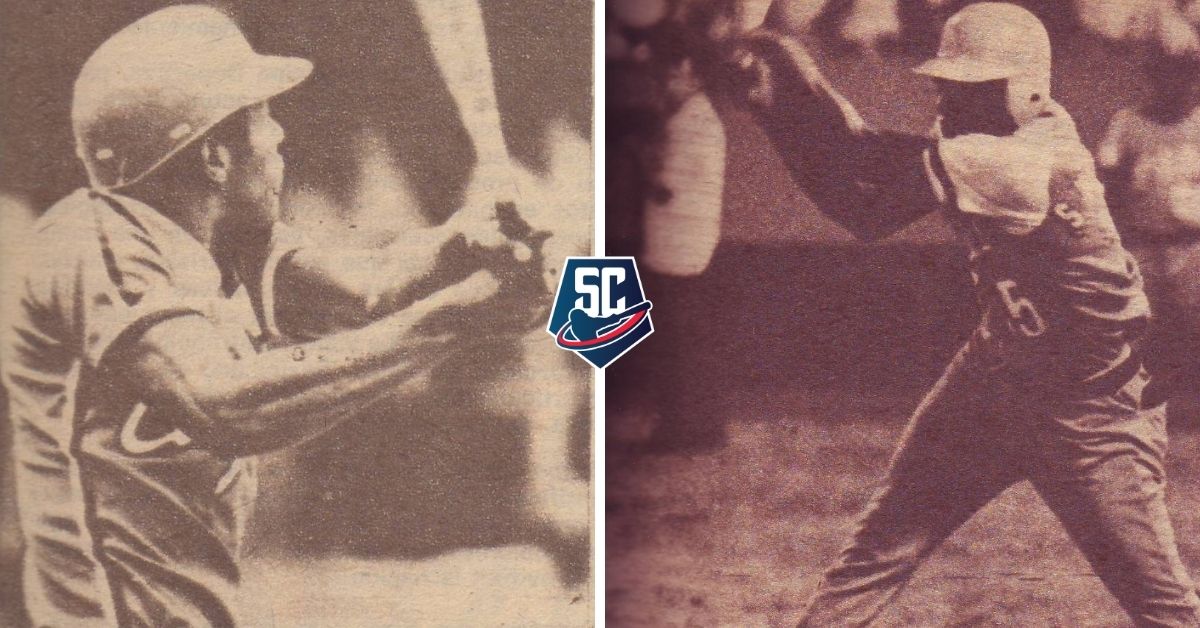 After battling for a long time against illnesses and many other things, death was finally victorious over one of the great left-handed batters that Cuban baseball had in the National Series, an icon of the Las Villas and Cienfuegos teams.

I am talking about Sixto Hernández Vega, who is part of the group of the most extraordinary right fielders who have played in the Cuban classics founded in 1962, and if in fact he did not have more prominence it was because of the presence all the time of players one step above him as Luis Giraldo Casanova himself.

Sixto was the great figure of the Cienfuegos town of La Horquita, where he also lived his last years of life in which pain was the main protagonist.

According to his neighbor Juan Carlos Rodríguez, the first to inform me of his death around 4:00 am, the state of health of the star former player had deteriorated considerably. Both physically and mentally, Sixto had long since lost most of his faculties.

Even through this fan close to him, we wanted to make a video to share some of his many experiences in baseball and get a shout out to the followers of his career and those squads from Villarreal, but the conditions in which he found himself did not allow it. .

On February 8, Juan Carlos had posted on Facebook, and other people familiar with the situation had spoken to me about this, that the attention given to Sixto by INDER could have been better. Even beyond the material, practically nothing was said about this player in correspondence with his real quality.

It may interest you: Cuban player in Ukraine sought refuge with his family in the midst of the bombing of Kiev

Sixto was born on February 16, 1951 in the aforementioned town of Horquita, Cienfuegos. He started playing organized ball as a youth in 1967 with the team of Passenger Waiting and then it evolved in every way until it reached the highest level of baseball on the Island.

He was part of that brilliant generation of baseball players from the former Las Villas province that gave so much brilliance and level to Cuban baseball during the 1970s and part of the 1980s, and was one of the great contributors to anthological titles such as the Selectiva of 1978 or that of 1983.

His debut was with Azucareros in 1974-75, and the following year he batted over 300 for the first time and once even over 400 (419 in 1981). His great individual year was in 1979 after being the batting champion with .368 within the Selective. He also led the triples and stolen bases in Cuban baseball. On February 15, 1985, he joined the then small group of batters with 1000 hits in the circuits of the Island.

Together with Antonio Muñoz, Pedro José Rodríguez and Héctor Olivera, they formed a teaching quartet within the Cienfuegos team that for a long time held the best result of a team from that province until the 2002-03 Series.

His fundamental characteristics on offense were those of a touch hitter, who knew how to direct the ball to any area of ​​the field. His speed was another consideration in his favor, and he made up for the lack of power wonderfully to land a lot of four-corner shots with the rest of the tools. His most important home run was the one connected against Rogelio García in that memorable decisive game of the 1978 Selectiva, decided by another full-round hit, but from his teammate Pedro José Rodríguez. With the glove he was also very outstanding and it was the right field where he transcended the most, both in the National Series and in the Selective.

He never joined the main national team, and everything international was in a Cuba B and a fair in Nicaragua in 1983 with Las Villas. The main reason was the enormous quality that existed at that time together with the lower number of quotas for those selections compared to what has happened after the nineties.

Nevertheless, Sixto himself acknowledged in an interview once conducted by the journalist Juan Morenor Rebel Youth, that the constant exclusions from the Cuba team led him to withdraw prematurely.

«In 1979 I finished as the leader of the hitters in the Selective and they also eliminated me. I remember that once we were at the Latino and they sent for Albertico Martínez, because that year they left him out. He came back red and told me: they call you. When I got to the office, Servio Borges told me: Sixto, you are no longer in the team and you have a ticket back to your province at 12 midnight. That’s where I was the one who asked him for explanations, because he was hitting more than 400 in training. That year even Lourdes Gourriel had a fractured arm. They didn’t tell me anything concrete. It was her decision and her point. Accepting that is very hard. I suffered a lot because of it and tormented myself a lot. I could have played four or five more years, but I decided it wasn’t worth it.”

He collaborated with the development of baseball in Cienfuegos after his retirement, although he was not as protagonist as others of his generation when it came to integrating the provincial team as a coach.

The last few years were quite isolated from the ball and unlike other former level players in the territory, he kept living in the same place where he was born. At least there he spent the harsh final stage of his life.

His death represents a great loss for Cuban baseball in general, since Sixto’s indisputable level placed him among the most important players of a brilliant era.

I extend to his family and friends the most sincere condolences and in my personal case, and I know that of many fans of this sport, we greatly regret this new loss that increases the pain of a year 2022 that has started worse than the previous one in terms of deaths of figures of our ball.

According to Juan Carlos Rodríguez, the aforementioned friend and neighbor of Sixto Hernández, his body will receive a Christian burial in the cemetery of the town of Yaguaramas, eight kilometers from Horquita, an area where the conditions for cremation do not exist.

EDP ​​to this “immortal” of Cuban baseball.

LAST MINUTE: One of the great left-handers of Cuban baseball, legend of Las Villas and Cienfuegos, died