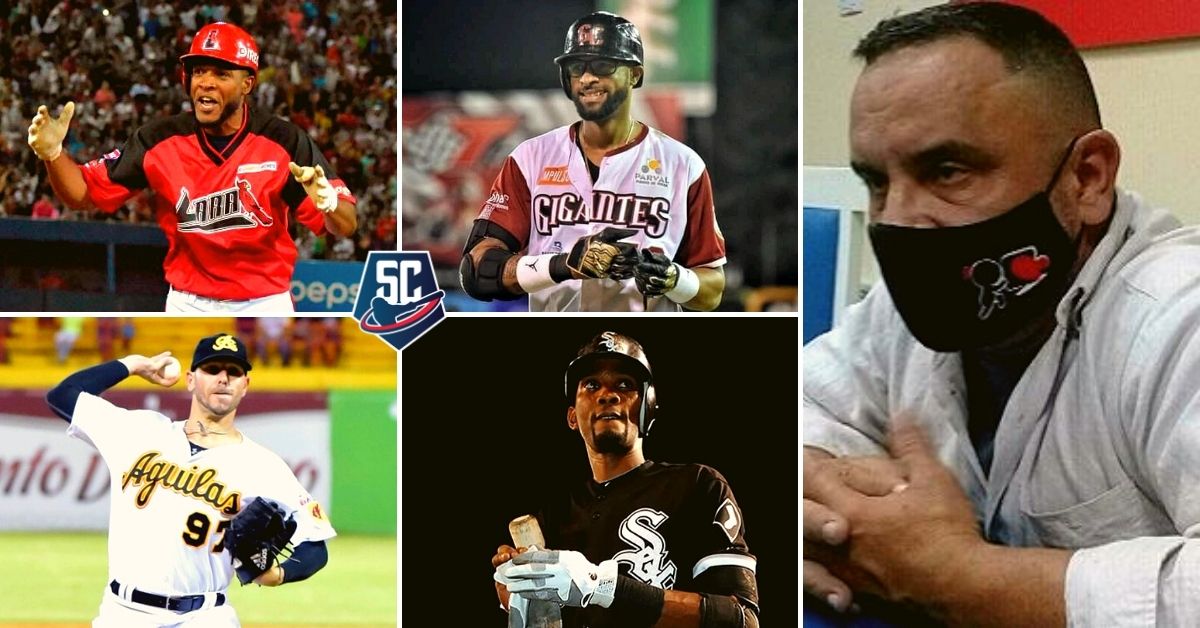 One of the most controversial figures in Cuba today is, without a doubt, the current national baseball commissioner, Juan Reinaldo Pérez Pardo, due to his continuous statements and measures regarding the national sport of all Cubans.

According to one note published today on the Cubadebate website, The official again agreed to speak with the press, specifically with the journalist Angélica Arce for the Punto Deportivo space, a regular section of the aforementioned medium, with statements about the development of the 61 Series, both in sports and in the spectacle that surrounds the contest, the selection of the director of the Cuba team and more than controversial issues regarding the ups and downs in the tournament, the rosters of the teams with 40 men and the responsibility that each province of the country has in «negotiating» with the well-known « legionnaires”.

It may interest you: LAST MINUTE: Industriales star sanctioned for use of Social Networks

Pérez Pardo began the interview highlighting the parity that exists in the 61 Series to date, with various teams vying for the advanced positions and an audience that has constantly supported their respective teams in the stands, with more comfortable stadiums and matching pitches with the level of the contest, according to his opinion.

«A great effort has been made by the country and Inder so that it is played at night. The public can attend more frequently, the stadium is more beautiful. Similarly, athletes wear out less, and the night game allows for more adequate training. We have achieved this in the capital. Today studies and assessments continue to be made in the rest of the country. We do not want to anticipate, but we can say that we have done the analysis of all the stadiums in Cuba, “said the commissioner.

Likewise, he stressed that there are still difficulties with the lighting in some stadiums in the country, a situation that has been evaluated and there is a plan for its solution.

Regarding the hiring of Cuban baseball players in foreign leagues, the official stated that with the visit to Cuba of the president of the World Baseball and Softball Confederation (WBSC), Ricardo Fraccari, several agreements were signed that will allow this process to be promoted, guaranteeing the protection of the athletes, obviously, under the management and serving the interests of the Cuban Baseball Federation (FCB) and Inder.

“That they receive the attention a high-performance player deserves and, at the same time, that the training right that FCB has with our players be considered, and that they can play in the best leagues in the world,” he said.

The commissioner also ratified the intention to develop an elite Cuban baseball tournament to “raise its ceiling,” which would take place from October 2022 to January 2023, initially with six teams and a total of 50 games per capita. but that the specific details would be announced soon.

It may interest you: LAST MINUTE: Cuba PROHIBITED official media from broadcasting Series 61

Regarding the appointment of the manager of the Cuba team, Pérez Pardo explained that he should have been selected in 2021, but was delayed due to the pandemic and the absence of important events in 2022, in addition to giving some flexibility to the idea that said manager may or may not lead a team in the National Series.

«There are a series of elements to take into account, that is, we are not improvising. We do things on a scientific basis and, at the same time, we are fair to our people, baseball and coaches, “said the commissioner.

Similarly, the official reported that, from now on, the formation of the national teams will depend largely on the evaluation that is being carried out during the national championship by a group of experts, headed by German Mesa and a series of checkers in charge of studying the true level of the players who play on the Island, using some of the tools they have.

Pérez Pardo clarified that said technical commission will not define the making of the Cuba team, but its opinion as part of the management body will have a lot of weight.

On the subject of Cuban baseball players contracted abroad and their participation in the Series, the commissioner stressed that these athletes must fulfill their commitments in the respective professional circuits in which they participate and then they could be inserted in the domestic tournament, but they will always I would count on them for the main international events, such as the World Classic in March 2023 and the upcoming Central American and Pan American Games.

“The athletes who are contracted abroad by the Federation, their provinces issued a document in which they agree that they go out to play to others and, therefore, we protect them on the basis that they can be registered and discharged” , indicated the director.

Regarding the teams’ payrolls, Pérez Pardo specified that each roster should have 40 men, mainly due to the fact that it had worked that way in previous events and the salary policy of the National Series. Extending it to a total of 45, would mean that five players per team could be left unpaid since only 40 were approved, something that obviously cannot happen.

«For this season we agreed to have 40 players, not 32, nor reserve. All 40 are eligible. At any time in the series, any game, the 40 are eligible to play. That’s why there are no ups or downs. Logically, there is no need, because these 40 players are protected by a contract, they are receiving a salary and, in addition, they have the locker room in hand, “said the commissioner.

«It is not necessary to continue registering players after the figure of 40. They can lose some in the Series, they can keep 35, and they still have players who are not going to have almost any at-bats (…) There can only be ups and downs for those players who participate in international commitments in their different categories, for example, under-23, under-18”, he added.

And if these words by Pérez Pardo can be interpreted as controversial, even more so what he stated regarding the responsibility that the provinces have, in his opinion, to negotiate with the so-called “legionnaires,” Cuban baseball players who play in other leagues without the protection of the FCB, so that they are inserted in the Cuban ball and can play in the National Series. In addition, he expressed that it is the responsibility of the territories to guarantee the conditions

“The teams have to worry about each player having a contract to play the Series, which they must respect during the campaign. The provinces have to be aware of the attention to the athletes, because they travel in the Series. They have to protect them, make an adequate pre-selection in time, try to agree in advance with the players who are outside the country and who want to reinsert themselves. In addition, they have to agree on it in time with their leagues, organize themselves and have it on their list. As we have seen, very few provinces, or almost none, have negotiated with those players so that they are on their payrolls. At present, we see it in the lists themselves, and there is no manifestation of others who want to be included, “said Pérez Pardo.

And you, dear reader, what do you think about it?

LAST MINUTE: Commissioner blamed the provinces “to negotiate with players outside the country”