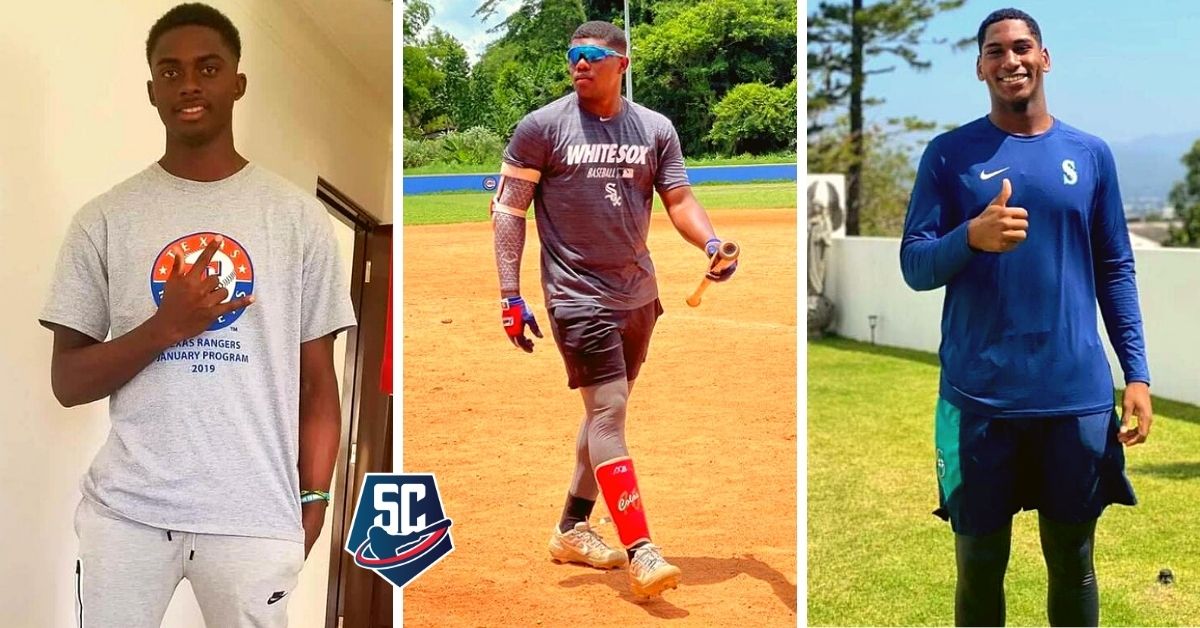 Next January 15 will be a crucial date for some of the Cuban prospects seeking a professional signing with a Major League franchise. Meanwhile, the official MLB website offered a list of the 10 best placed players to find their first contract in US baseball.

Thus, for the next period of international firms, starting next Saturday, January 15 and ending on December 15, 2022, three Cubans were among the top 10 prospects. That figure was also repeated by the Dominican Republic and Venezuela. Meanwhile, a player from the Bahamas entered the select group.

Meanwhile, the first Cuban athlete on the famous list was Cristian Vaquero. Ranked number two, Vaquero is a player from Havana, Cuba, where he took his first steps in baseball. In the lower categories he joined several Cuba teams, until in 2018 he decided to leave the country, to travel to the Dominican Republic, with the aim of entering the MLB circuit.

You may also like: OFFICIAL: Yasmani Tomás signed a new professional contract

His excellent conditions and rapid progression on the pitch quickly aroused the interest of several Major League teams, as well as his current manager Scott Boras. Cristian, approximately 190 cm tall and 17 years old, defends center field, a position in which he has amazed with his speed and powerful arm.

Likewise, his enviable physique and the possibilities of being placed on both sides of the batter’s box make him a difficult player to dominate in his at-bats. Although, his “left-handed” swing is praised by various media outlets and journalists specializing in the subject.

The delay in the international signing period meant that the talented player, Oscar Colás, did not have an official agreement with a Major League team last year. The native of Santiago de Cuba will have his great opportunity in 2022 to sign with a Major League organization.

Therefore, the journalist from MLB.com, Jesse Sánchez, placed him at number five on his select list. Colas, in a risky move, broke his contract with the Softbank Falcons, in the Japan Professional League, to redirect his career to the United States.

You may also like: OFFICIAL: Camagüey MADE DECISION with Yosimar Cousin

In his endorsement to reach the best baseball on the planet, the indomitable exhibits the possibility of pitching and hitting, an option that is within the reach of very few and that has only been able to show off effectively in recent years, the Japanese star Shohei Ohtani.

During his time in the National Series, he achieved an offensive average of .309, with nine home runs and one run allowed in three innings and a third of action on the mound, this with the team from Holguín.

Closing the valued list of prospects, Lázaro Montes was included in eighth place, thanks to his young age and projection on the pitch. At only 17 years old, the native of Havana is over 190 cm tall and weighs more than 215 pounds.

Montes is a left-handed hitter, with a powerful swing and long range in his connections. On the other hand, he can defend first base and all three outfield, and at all positions several specialists consider him to be above average in the Major Leagues. Since he arrived in the Dominican Republic, Montes has been compared to Cuban slugger Yordan Álvarez, who was rookie of the year in the American League in 2019.

Finally, among the hundreds of players who will try to sign a signature in the coming months, the MLB offered a broader list of players to watch, including three more West Indians. Thus, among the first 50 names, there are also those of Dyan Jorge (SS, 18 years old), Yendry Rojas (R, 16 years old) and Kenny Gómez (L, 16 years old).

LAST MINUTE: 3 Cuban prospects in the Top 10 of International Firms