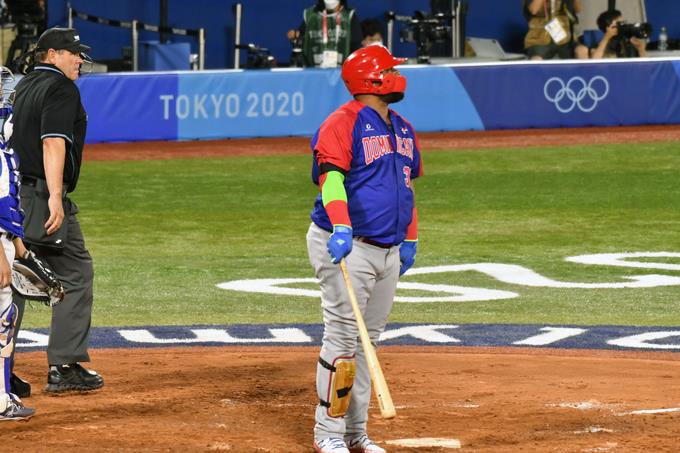 The Korean team made three runs in the end of the ninth inning to beat the Dominican Republic 4-3 on Sunday and continue on the path to medals at the Tokyo Olympics baseball tournament.

In a controversial decision, the Dominicans let the best man in the Korean offense, Hyunsoo Kim, hit the first base vacant, who was 4-3 and the outfielder broke the tie 3-3, with a line above the right patrol, that powered runner Jung Hoo Lee.

Korea reached the ninth inning 1-3 on the scoreboard but rebelled against reliever Luis Castillo with a hit from pinch-hitter Joohwan Choi, who stole second base and scored on Hae Min Park’s hit for 2-3, after which Hoo Lee hit a double that tied the game.

Hoo Lee advanced to third on a grounder by Euiji Yang, and immediately Kim decided the game to establish himself as the best hitter in the Asians at 5-4, with an RBI.

The Dominicans took the lead in the first inning with a run; Emilio Bonifacio hit a hit and Melky Cabrera hit another that put the runner on third base, scorer on a wild pitch by pitcher Euilee Cho.

Korea tied at the end of the first inning on a single by Hae Min Park, who advanced to third base on a double by Baekho Kang and scored on a sacrifice fly by Euiji Yang.

The pitching duel between Cho and Dominican starter Raúl Valdés lost its balance in the fourth inning when the Caribbeans made a couple of touchdowns, with a hit by Julio Rodríguez and a home run by Juan Francisco.

From there the relievers of the two teams came out of harm’s way unharmed until in the ninth act Castillo was punished with four hits and took the loss, while the sixth Korean pitcher, Seunghwan, was credited with the victory with perfect work in one inning. .

This Monday the Koreans will face Israel in order to advance to the decisive phase of the competition. The Dominicans will play on Tuesday against the loser of that match, seeking to stay in the competition.