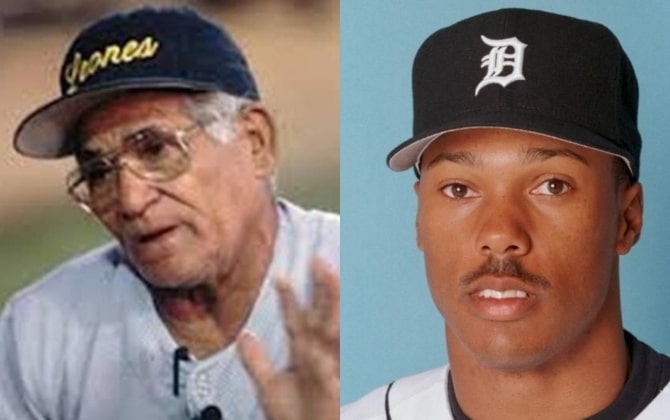 We are going to remember a controversial decision made by the always remembered Pompeyo Davalillo related to the late former player and coach Kimera Bartee in the LVBP.

Pompeyo Davalillo led the Caracas Lions to a championship in the 1994-1995 season when they defeated the Águilas del Zulia in six games in a grand final, with the unforgettable performance of Omar Vizquel that earned him the MVP award.

Of course, the long-haired people did not achieve that crown only for Vizquel, but they always had the wisdom and wisdom of the always remembered Don Pompeyo Davalillo.

Of course, the helmsman was repeated for the 1995-1996 season where he classified his Lions to the playoffs in the first place in their division, but in Round Robin things did not turn out as he expected.

For that stage, the long-haired ones had a lofty and fast gardener named Kimera Bartee, who covered ground in the gardens in an extraordinary way and his speed was something impressive.

But the Lions managed to lose games in incredible ways every day.

Magallanes had prevailed in the first two games in Caracas with a score of 2-1, where the Turks had a 6-1 record and the Lions 1-6 vice versa, so they went to Valencia to play the third game of the Round Robin between eternal rivals.

The Lions came winning the ninth inning 3-0, but Magellan reacted in a great way that they got to be 3-2, with the bases loaded but there were two outs in the inning.

In that situation, manager Pompeyo Davalillo made a controversial decision.

Alvaro Espinoza came to bat for the ship and the Caracas strategist took his left fielder Kimera Bartee out of the game because he did not trust his arm to take a shot at the rubber, although he covered ground in a great way.

Instead he entered Wilfredo Romero relying on his arm to get a good shot at the plate in case Espinoza singled.

Such movements are very rare to see, because it is customary to make a defensive substitution starting a tackle, but Pompey followed his instinct and that was never to be criticized.

Well, bad fortune followed the long-haired including Pompey, since Álvaro just hit a deep hit to the left field in which Romero was about to reach the ball, in fact I remember that he brushed it but could not dominate it, so it was a double to boost the two winning races for Magellan.

The madness unleashed in Valencia, as Magellan was outlined towards the final with a 7-1 mark, while the Lions with 1-7, headed for a safe elimination, where they remained in that Round Robin with a 3-13 mark .

One can never say what would have happened, but it is highly likely that Kimera Bartee would have caught that hit without any difficulty.

With the death of Bartee, a person more linked to the ball leaves and it is a great loss, but I have the memory of having been a great gardener, but he was the protagonist of that decision that did not bring fortune to the great Pompeyo Davalillo, without subtracting all of them. the honors that he deserves who was a great Venezuelan in every sense of the word.

May God have these ball figures in his glory.

We mourn the passing of Kimera Bartee, who played for the Tigers from 1996-99 and spent last season as the Tigers first base coach. pic.twitter.com/3Lg6G1anAQ

Kimera Bartee and Pompeyo Davalillo: The memory of a controversial decision