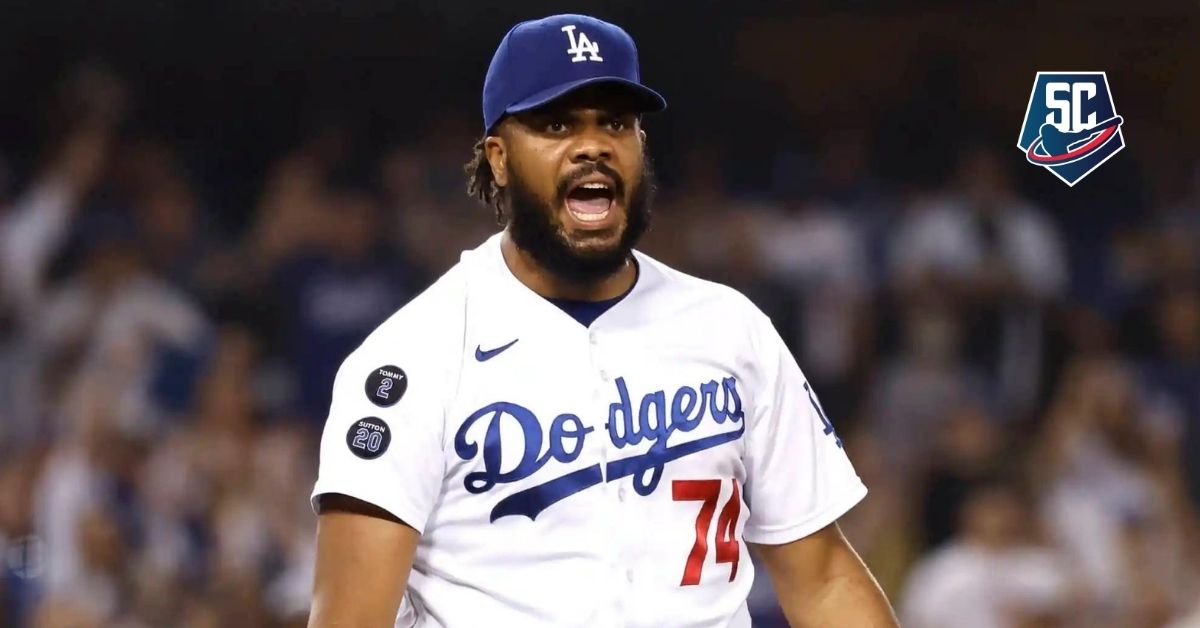 All positions are key in baseball. Each one plays a special role, but finishing matches is an art that few truly master. When your 10-season closer reaches free agency then there must be a “buzz” within the organization because it is something you cannot take lightly.

Kenley jansen he was the starting catcher for the Netherlands in the 2009 World Classic. Since 2004 he was part of the Los Angeles Dodgers organization. It is more than evident that he is the active player who has been in the organization for the longest, surpassing in two years fellow free agent Clayton Kershaw (he arrived in the 2006 draft), with whom he was a drummer partner in the minor divisions of the franchise.

Already in the second half of 2009 he was convinced by the team’s coaching staff to change the mascot for the box, more because of the lack of conditions at bat than because he had too many details when pitching. From there the story is known. The curazoleño is the second active player with the most games saved in the Major Leagues with 350 (Craig Kimbrel, 372) and number 13 in the history of the sport, a list led by the Panamanian Mariano Rivera with the unattainable figure of 652.

When it seemed like the best moments had passed Kenley got out of the car with the 2021 season. His 38 saves, second only to Mark Melancon, put him back in the elite of the role.

The batting average against .153 is the best result of the last five seasons and made 88.4% of save opportunities. If we eliminate from the statistic the fateful month of July in which in nine starts he scored eight runs, gave away eight walks with two losses, only one win and two saves (the fewest for a month in the season) then Kenley was exceptional in the season.

It may interest you: ANALYSIS: Carlos Rodón and Kris Bryant, possibilities in the Dodgers

Then the problem is posed. Renew or replace? There is the question.

The market moved very fast in terms of the best closers available in the current free agency period. Before the strike, rights-holders Mark Melancon ($ 14M / 2 seasons with Arizona) and Raisel Iglesias ($ 58M / 4 seasons with Angels) set their fate. An internal alternative that was seen as probable, Corey Knebel went to Philadelphia (10 MUSD / 1 season) and the Venezuelan Brusdar Graterol still does not seem to be at all control of his more than 100 mph, although the second half of 2021 marked a growth at.

The pitcher Blake Trainen remains at hand, who proved in 2021 that he is very reliable in difficult moments, although in 11 chances to save in the season he wasted four (only one less than Jansen in 42 chances). Remember we said that closing games is also an art?

Daniel Hudson joins the team and could be another alternative for helmsman Dave Roberts. But, and there is always a but, if we look at his numbers in the last stretch of 2021 with the San Diego Padres, his ERA was 5.21. However, and remember that closing games is an art, Hudson pitched in 32 innings of the 51 in which he participated in the role of coach.

Well, what is left? Right now more for the sporting and economic feasibility (estimated market value according to Spotrack of 10 million USD) than for the nostalgia of a franchise player (34 years old and of them 17, half, as a member of the organization) Kenley Jansen is the best option for the Los Angeles Dodgers in 2022 and perhaps two more seasons. Most likely the two parties involved are on the same page and only the contract time could be the subject of differences.

On the positive side, despite the business closings in late November, neither of the Dodgers and Kenley moved chips in either direction. We can only hope what will come after the calm.

Kenley Jansen: Renew or Replace? There is the question