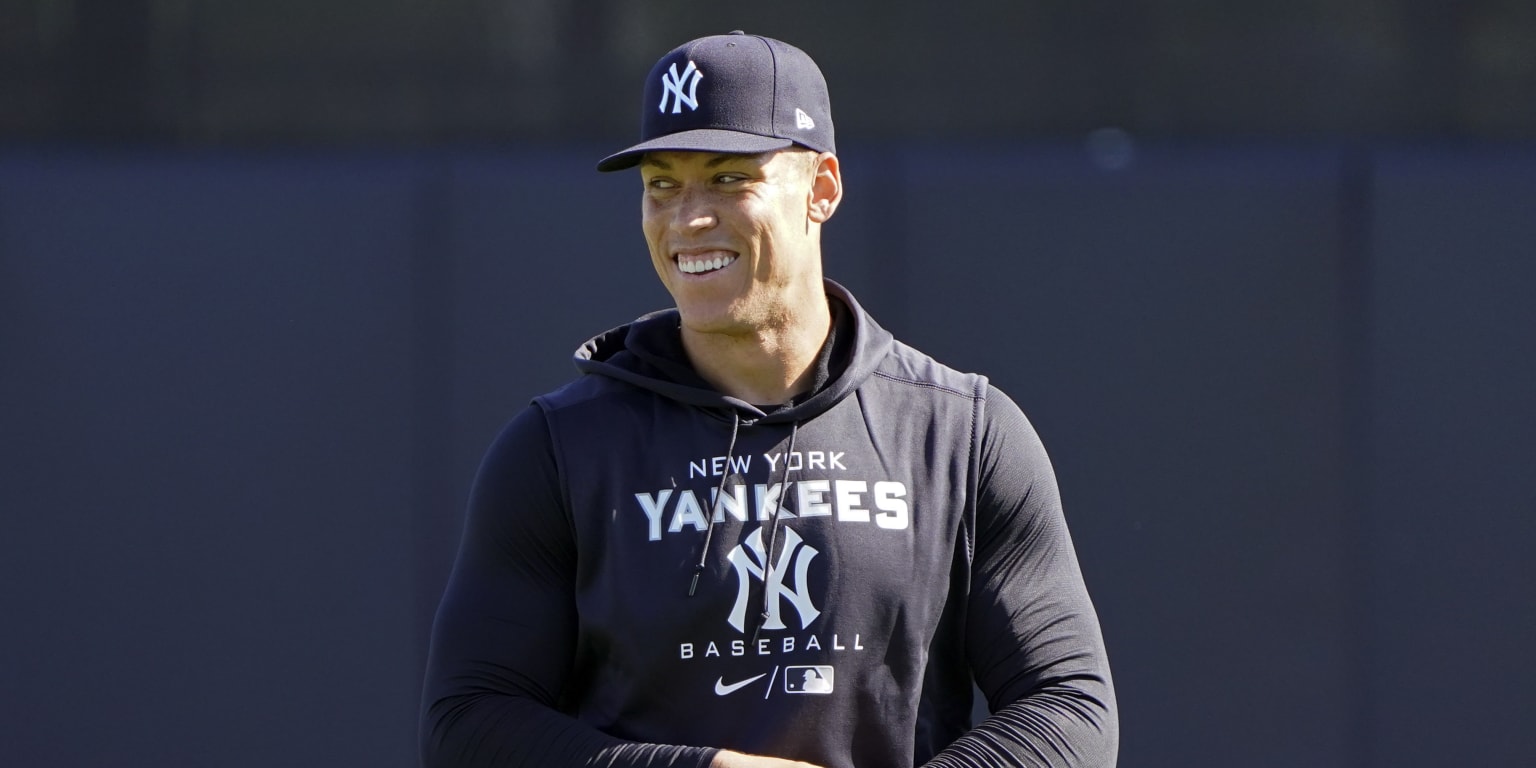 A report revealed that Puerto Rican Carlos Correa reached an agreement with the Twins. Kris Bryant signed with the Rockies and Freddie Freeman is a Dodger now – back home in Southern California. There are still several free agents available, of course. But suddenly, the big story of the spring — between now and Opening Day — is about a man who wears the number 99 on his back and could be on the free market at the end of this season if he doesn’t agree to a contract extension. Is about Aaron Judge.

Judge is the most popular Yankee since Derek Jeter. He became the new face of the team after hitting 52 home runs in 2017, when the Yankees reached Game 7 of the American League Championship Series against the Astros.

A big man, with a big number and a player looking for a big contract – one that would make him what he has said he wants to be; a Yankee forever.

Here’s what Judge had to say the other day in Tampa:

“Whenever I’m playing baseball, I want to be wearing the pinstripes. It has been an honor and a blessing to be here, to have the opportunity to play with this franchise, surrounded by so many good players and to follow in the footsteps of other giants who have passed through this sport”.

“There is no better place on the planet. I firmly believe that I have been public with that. I want to continue with the striped uniform. If that happens, then it happens. But if it doesn’t happen, as I said before, I’ve enjoyed my time here.”

Yankees owner Hal Steinbrenner said talks of a potential new contract with Judge should start soon, if they haven’t already. General manager Brian Cashman mentioned that he wants to keep Judge “if we can.” Now, we’ll see how this ends, but the countdown has begun. Judge told reporters in Tampa that he doesn’t want to be talking about his contract status once the season starts.

Do I think Judge will stay? Yes, especially after an offseason in which the Yankees haven’t made any big-hit signings their fans expected, with Freeman or Correa, for example — even if it’s because they have the prospect. Anthony Volpe waiting for his chance at shortstop. But the relationship between the team and the right fielder doesn’t cause any concern right now, at least from the slugger’s point of view.

Although Judge appeared in 148 games for the Yankees last year, he has missed a quarter of the Bombers’ regular-season games since finishing second in voting for the 2017 AL MVP, behind of the Venezuelan José Altuve.

He missed 50 games the following season, another 60 in 2019. In the COVID-shortened 2020 season, Judge appeared in 28 of 60 games. When he stayed on the field in 2021, the slugger reminded everyone what a powerhouse he can be: He hit 39 home runs and finished fourth for MVP. Giancarlo Stanton, the other gunboat of the Bombers, arrived via change. Yankees fans see Judge as one of them because he came from within the system. They consider them a member of the family.

There is also the other part of the conversation. Judge turns 30 at the end of April. The last time the Yankees agreed to a million-dollar extension with a player over 30, it was the US$275 million and 10 years they gave Alex Rodríguez, after he arrived via trade from the Rangers. Rodríguez, among multiple controversies, did not even reach year 10, hanging the hooks after 2016, at 41 years old, with an average of .200, nine home runs and 31 RBIs.

Kris Bryant turned 30 in January and just signed an eight-year deal with the Rockies. He will be 37 at the end of the pact. Freddie Freeman will be 38 in Los Angeles. Will Judge be looking for at least eight years? He finds it hard to believe otherwise. Judge is aware that Gerrit Cole was 29 when he began his 10-year, $324 million deal with the Yankees.

Is it possible the Yankees and Judge won’t come to an agreement before Opening Day? Anything can happen. We don’t know what the team has in store to offer and what kind of deal Judge and his agent are hoping for.

As Judge put it last week:

“On April 7 we will not be talking about this. Once it’s April 7 and we have a full house in the Bronx, it’s time to focus on winning games.”

We are three weeks away. Follow the countdown. Who says there are no clocks in baseball?