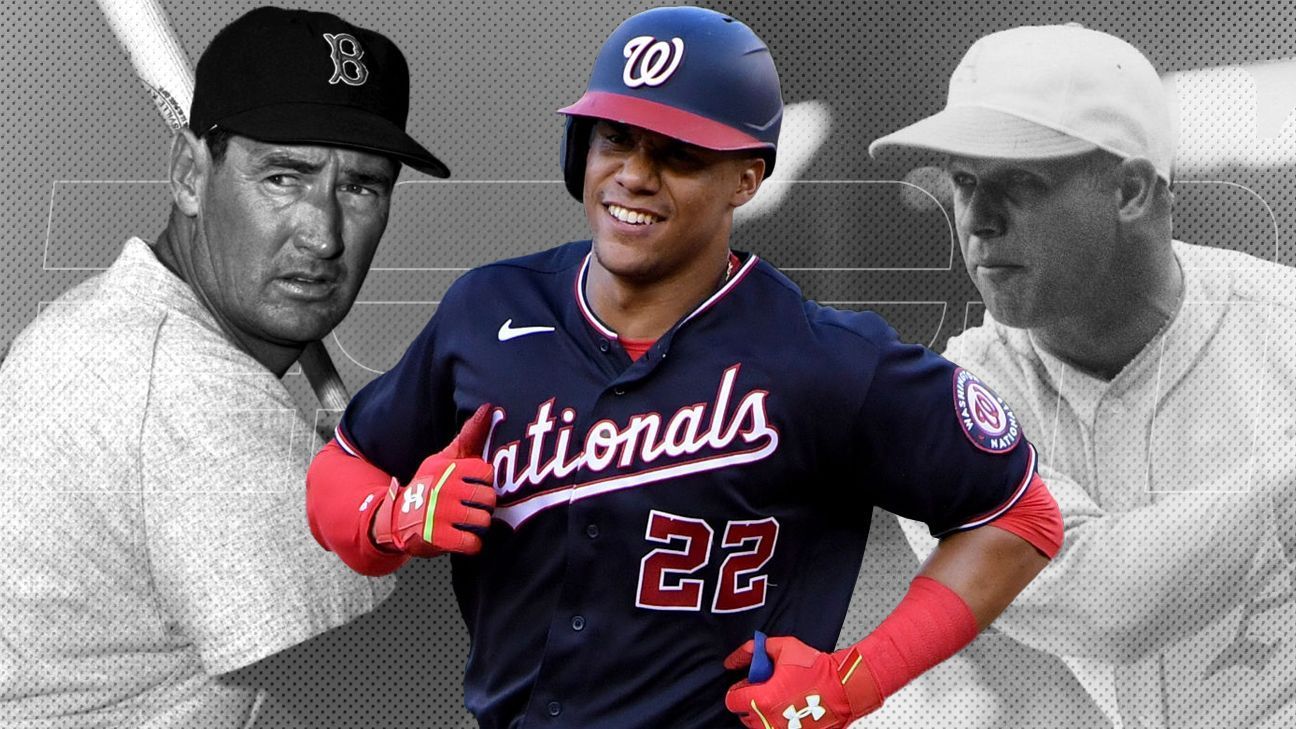 It is no mystery to anyone that Juan Soto is one of the best players at present of Big leagues. Since his arrival he has been a magnificent hitter, as has rarely been seen in sport; so much so that the historical comparison made about the Dominican is the legendary Ted williams.

The constant criticism he faced was his defensive level as a left fielder, which has so far been completely forgotten due to what he has accomplished as a right fielder in 2021, when the team decided it was time for a change. Every year we see something new in his game. We were in awe of “The beastWhen I guide Washington Nationals to a championship in 2019 and even more so with the kind of season he had in 2020, given the circumstances.

Juan Soto it is, quite simply, a generational talent that does not appear every day.

But nevertheless, Juan Soto is at the gates of something that has not been seen since 1941, when Ted williams managed to become the fourth player in the history of the professional baseball leagues of the United States to achieve during the seasons in which he was 21 and 22 years (1940 and 1941) a batting average of at least .300, an on-base percentage (OBP) of at least .400 and a slugging percentage (SLG) of at least .500.

Ted Williams and Jimmie Foxx in MLB, and Willie Wells and Monte Irvin in the Negro Leagues.

To keep the trend, Soto He would be the fifth player in more than a hundred years of professional baseball to accomplish the feat and he would become the first Latino to do so; not the great Roberto Clemente, nor future members of the Cooperstown Hall of Fame, Albert pujols Y Miguel Cabrera, neither who is considered the best left-handed hitter in the history of the Dominican Republic, David ortiz, Juan Jose Soto Pacheco He would be the first Latino to do so.