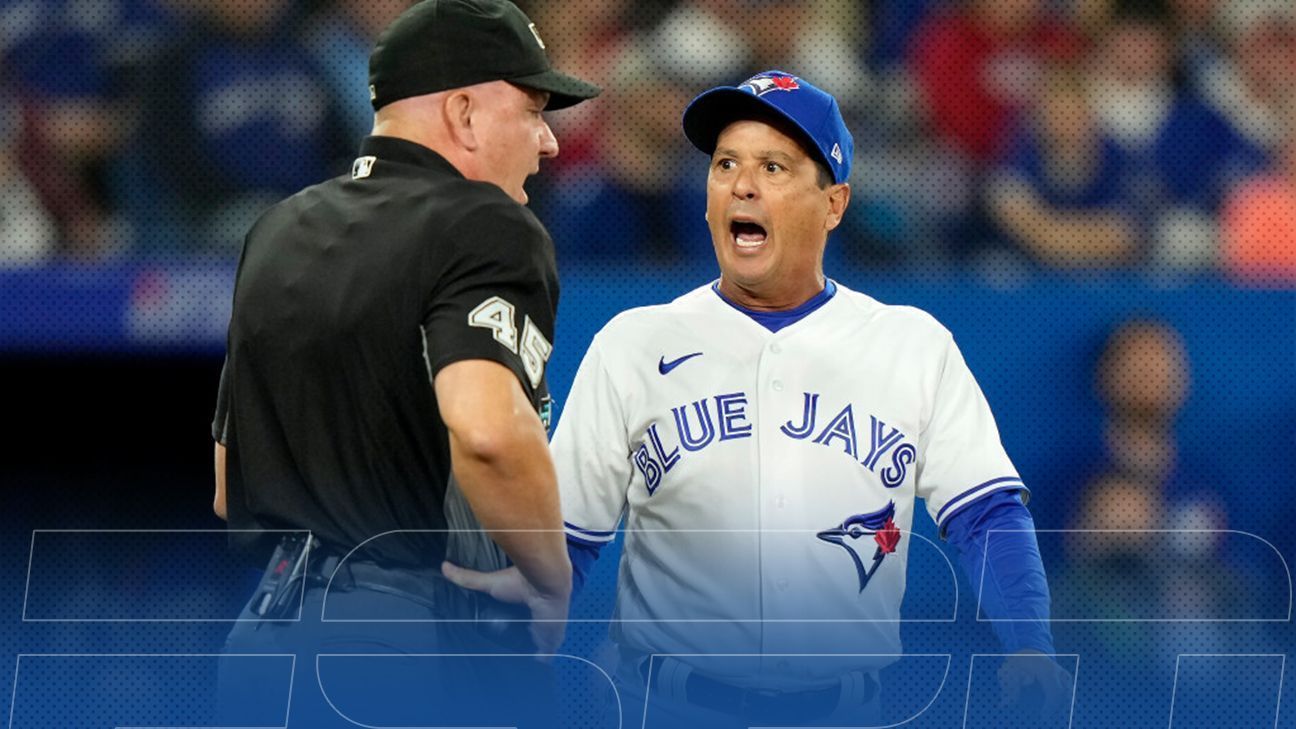 Jeff Nelson is a name that probably very few people know outside the circles of Big leagues. The American umpire has been assigned to important tasks, including four World Series, which in general terms, speaks of the work he has done in his career. However, during the day on Saturday he was an essential part of one of the worst refereeing tasks that MLB have seen in a long time.

Certainly, calling balls and strikes is not an easy job, anyone can have a bad day, but what happened in the game between Oakland Athletics Y Toronto Blue Jays on a Saturday afternoon, it’s something for the history books. According to several sites specialized in auditing the work of arbitrators of MLB, Nelson missed 27 calls in the match.especially towards the end of it where he struck out two players from toronto with pitches obviously outside the strike zone and before the manager’s (valid) complaint Charlie Montoyo (blue jays), the umpire decided to eject him.

MLB defines the strike zone as the area of ​​home plate that extends from the middle of the shoulders of the offenders who are positioned in the batter’s box to approximately the part below their knees when they assume the batting position. It is also added that a strike is obtained when part of the ball necessarily crosses a zone of the described area, which did not happen rudely in several of the pitches that were decreed by Nelson on Saturday night.

Seeking to improve this situation, for years the MLB has experimented on its minor league circuit and in other leagues, the use of so-called “automated strike zones” either “robot umpires”, which, with the help of multiple censors, seek to make the calls more accurate. the work of Nelsonshows that it is increasingly necessary for innovation to reach Big leagues.

Umpire Jeff Nelson did not have a good day with the strike zone yesterday. Generally, when that happens, a team pays the piper. https://t.co/OzqfS9upv2

It is important to point out that the inclusion of this system is not intended to completely replace the work of the umpires, but to provide them with a new tool that allows them to carry out their work with greater accuracy. what happened with Jeff Nelson It is not an isolated event that happens for the first time, nor will it be the last, because it happens with dozens of referees throughout a season of 162 games. This situation that is increasingly necessary for baseball to become more precise, especially with calls that can change the course of an inning or a game.

In the end, the Athletics they were able to get the win in their favor with a home run from the Dominican Christian Patchbut today we don’t talk about it, but about the work of a Jeff Nelson who with his calls, transformed the face of a great baseball game.